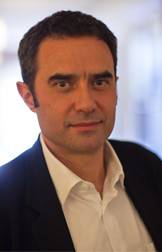 Alejandro Zaera-Polo, dean of Princeton's School of Architecture, and other members of the Princeton architecture faculty, as well as several doctoral candidates, are presenting exhibitions at this year's Venice Architecture Biennale, an international showcase of trends and research, which runs from June 7 through Nov. 23.

This year's Venice Architecture Biennale, an international showcase of trends and research, showcases the work of a number of Princeton faculty and students. It marks the greatest number of invitations Princeton has received to participate in the Biennale, reflecting the University's strength in pioneering research.

"Much like other art biennales, its purpose is to present the current panorama of the discipline," said Alejandro Zaera-Polo, dean of Princeton's School of Architecture. Zaera-Polo and other members of the Princeton architecture faculty, as well as several doctoral candidates, received individual invitations to present exhibitions.

The Biennale, which runs from June 7 through Nov. 23, includes installations from 65 countries showcased throughout Venice, including the city's historic Arsenale and the Giardini exhibition park. Renowned Dutch architect Rem Koolhaas is the director of this year's festival. Venice has two biennial summer festivals of contemporary art and architecture — the Art Biennale in odd-numbered years and the Architecture Biennale in even-numbered years. 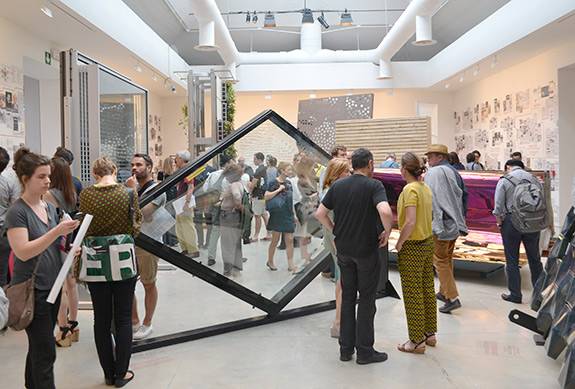 Visitors explore "12 Ecologies of the Envelope," curated by Zaera-Polo, which showcases 12 types of façades that have been heavily influential to architecture over the past century. (Photo by Jeffrey Anderson, School of Architecture)

Zaera-Polo reflected on some of the highlights of Princeton's involvement in the 2014 Biennale.

What does it mean for Princeton's School of Architecture to be so well represented at the Biennale?

Koolhaas wanted to transcend the model of the Art Biennale, on which the Architecture Biennale is based, and to engage in deeper research on the development of architecture over time. This is an area in which the School of Architecture has particular strength. The intensity of our presence is a clear indication of a more research-driven approach to the discipline, which we are trying to cultivate here at Princeton. 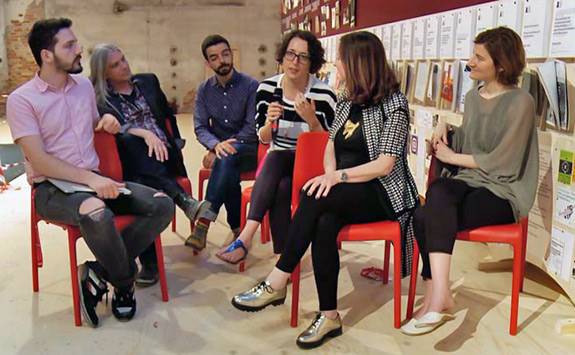 The fact that we have so many faculty members and doctoral students represented in Venice demonstrates the currency of Princeton's research. It shows that the work from our faculty is relevant to the contemporary debate in the discipline.

You were invited to curate "12 Ecologies of the Envelope," an exhibition that showcases 12 types of façades that have been heavily influential to architecture over the past century. It is a section of the bigger "Fundamentals" exhibition — a series of rooms that represent different elements of architecture, curated by Koolhaas. What key ideas does your installation capture?

The installation involved the collaboration of one visiting faculty member, Ignacio Fernandez, and six students — four graduate students, one undergraduate and one incoming graduate student — and reflects an evolution of the research that I have been doing for some time. The show tries to present the subject of the modern architectural façade as a set of 12 different "material ecologies" or "façade species" — including different glass technologies, vegetation, kinetic devices, tensile fabrics, insulation and airtight membranes — which in turn relate to larger "ecologies" such as geopolitics, economics and technology.

Can you explain one example of this thesis?

The "beehive" façade — a mockup of a façade for the Museum of Cultures in Basel, Switzerland — is an example of a "rainscreen" construction. The outer layer of the façade is detached from a weatherproofing membrane by a ventilated chamber that dissipates heat while equalizing air pressure on both sides of the membrane to avoid water ingress. The "material ecologies" used to create the façade relate to the larger "ecology" of energy: the molded ceramic tiles, for example, hung on clips in front of the waterproof membrane, look ornamental but they help dissipate solar heat, which saves energy.

I argue that these material ecologies of today are literal embodiments of those larger ecologies — and differ greatly from the historically constructed façade theories in the discipline. They are far more relevant to the understanding of architecture's contemporary agency. Each façade, for example, is presented as a narrative of how it relates to different ecologies such as energy prices, shortage of materials, technological thresholds and so on. 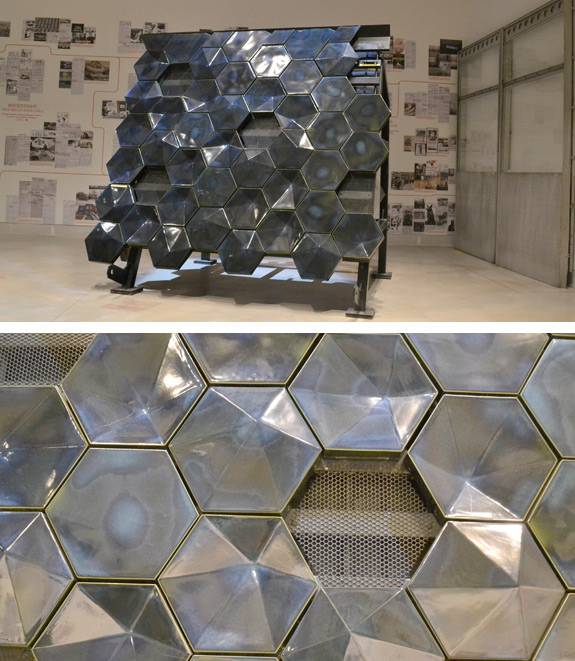 This "beehive" façade — a mockup of a façade for the Museum of Cultures in Basel, Switzerland, designed by the firm Herzog and de Meuron and manufactured by Agrob Buchtal GmbH — showcases materials and techniques that save energy. (Photo by Jeffrey Anderson, School of Architecture)

What areas of expertise do Beatriz Colomina, Lucia Allais and Michael Meredith bring to the Biennale?

Beatriz Colomina, professor of architecture and co-director of the Program in Media and Modernity, and six of her doctoral students organized the installation "Radical Pedagogies: Action, Reaction, Interaction" in the Italian section of the Biennale called MondoItalia. The show received a commendation from the Biennale. 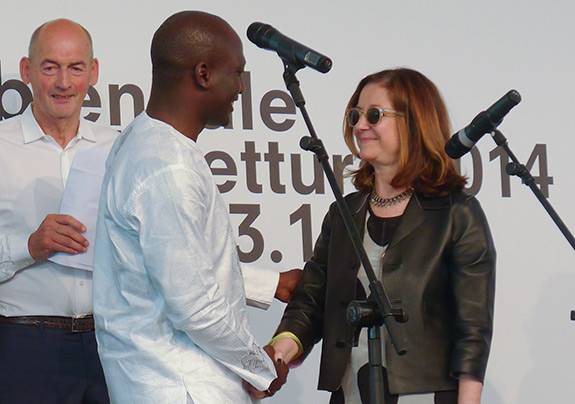 Professor of Architecture Beatriz Colomina shakes hands with Kunlé Adeyemi, a member of the Biennale jury, as she receives a commendation award for the installation "Radical Pedagogies: Action, Reaction, Interaction" while Biennale director Rem Koolhaas (background) joins the applause. (Photo by Mark Wigley)

The show traces the lineage of a series of pedagogical experiments, ideologically charged, which developed in Italy after the Second World War, and then spread worldwide, having enormous impact on many other pedagogies. The installation is a wall of information that uses images, journals, films, videos and other displays that capture these "radical" years of Italian architecture pedagogy in the 1960s and '70s. Visitors can interact with the installation using their mobile devices.

Lucia Allais, assistant professor of architecture, served as curator for the exhibition "Legible Pompeii," also in the Italian section, and Michael Meredith, assistant professor of architecture, served as designer, along with doctoral candidates Clelia Pozzi and Justin Fowler. This installation focuses on the archaeological and cultural site of Pompeii, Italy, and addresses the question of preservation and monumentality as a material question. 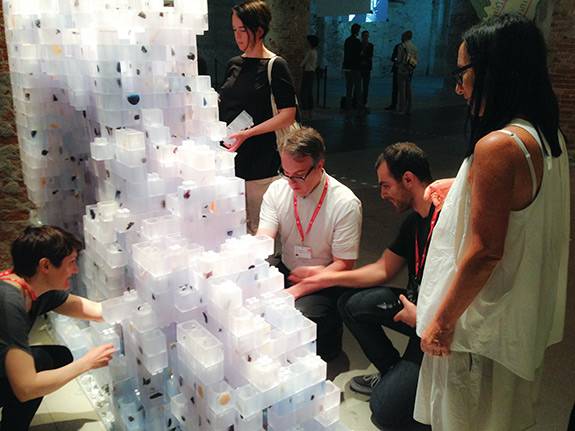 There are two other installations by Princetonians. What areas of architecture do they explore?

Doctoral candidate Ignacio Gonzalez Galan, who also worked on "Radical Pedagogies," designed "Cinecittà Occupata," a reflection of the architectural and spatial qualities of Cinecittà — the hub of Italian cinema in Rome — as a "dreams factory." Andrés Jaque, a visiting professor during the 2013-14 academic year, received the Silver Lion award for his "Sales Oddity: Milano 2 and the Politics of Direct-to-Home TV Urbanism." This project is a critical examination of how the power of media occupies other social spaces, both physically and politically.

How does the experience of being involved in the research, design and construction of the installations — and attending the Biennale itself — contribute to the graduate students' work?

I believe that in the education of a contemporary architect it is increasingly relevant to learn how to do research. To prepare students for architectural practices today — which is more about producing new knowledge and engaging in real projects, rather than about transferring knowledge — I believe involving our students in cultural productions such as the Biennale should become a norm. Beatriz has been working on publications and exhibitions with her doctoral students very successfully for a number of years — a great example of education not just as a transfer of knowledge, but as a production itself.

Engagement with real projects, schedules, procurement, fundraising, et cetera, is invaluable as a counterpoint to academic activities, and helps students realize that knowledge is effective, has agency and can transform the world. But such forms of knowledge have their own rules too, and this is perhaps, the most important lesson of these exercises. 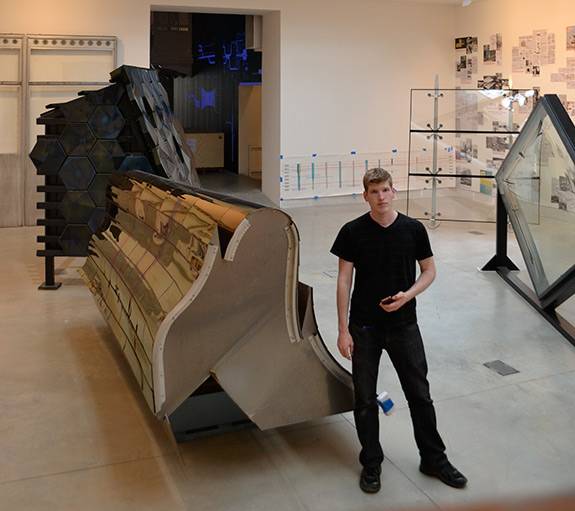 Jeffrey Anderson, who will join Princeton as a graduate student in fall 2014, takes a break while participating in the installation of "12 Ecologies of the Envelope." (Photo by Wes Hiatt)

What does research in the field of architecture look like?

Architecture's concerns are so broad that it has been difficult in the past for architects to construct effective research in the field. Only by narrowing the research to certain domains like history or building physics, which are sometimes outside the discipline, have we been able to develop "rigorous" research.

However, architecture's main expertise is to do "projects." This requires understanding a complex set of factors: your audience, the instructions of your commissioner and the limits of your freedom, the range of your resources and managing those resources, and available opportunities. Architecture is a synthetic practice and research in the field has to develop its own modalities, which are not the same as in scientific or academic research. Involving students in the research, design and construction of exercises such as the Biennale put students in a situation that is the closest to doing an architectural project, and are great laboratories to understand how these multiple factors interact in a research practice. 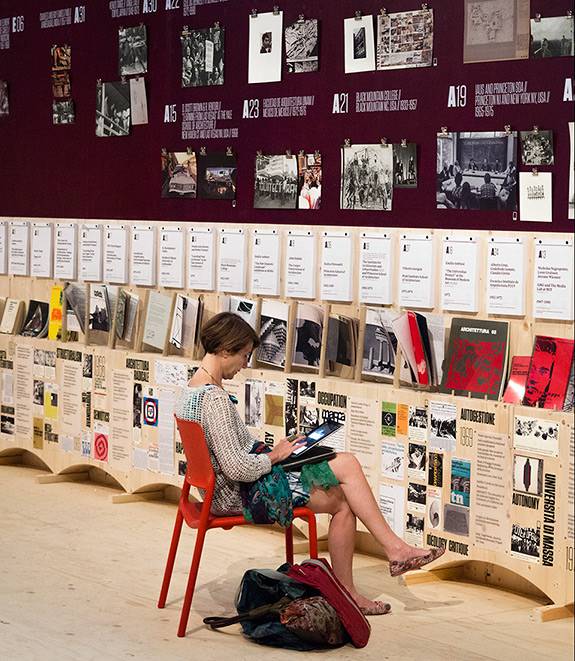 A visitor uses her mobile device to engage with the interactive elements of the installation "Radical Pedagogies." (Photo by Miguel de Guzmán)

This year's Biennale focuses on how the techniques of modern construction and the effects of modernity are changing architecture history and how architecture is taught. How do the Princeton installations reflect this theme?

The Princeton installations come from two different perspectives to question the traditional constitution of the discipline of architecture. My installation "12 Ecologies of the Envelope" and Lucia and Michael's "Legible Pompeii" use contemporary technologies and material mediations (formerly perceived as neutral) to reconsider monumentality, preservation and façades — three subjects where the historical construction of the discipline has been particularly dominant — leading to paralysis and loss of agency of the architects. The installations by Beatriz, Ignacio and Andrés address media and culture as determinant factors in the construction of urban cultures and ideologies, and the dissemination of ideas. Education, through academia or through media, is a crucial concern of their installations. 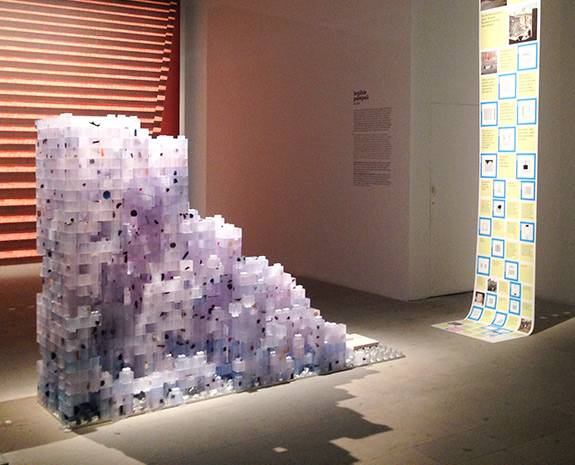 The installation "Legible Pompeii" focuses on the archaeological and cultural site of Pompeii, Italy, and addresses issues of preservation. (Photo by Katie Andresen)

What surprised you or made a particular impression on you during this year's Biennale?

I was most surprised by the sophistication of the national pavilions. While the traditional structure of the Biennale is based on national identity, the theme of "absorbing modernization" set forth by Koolhaas produced the most successful Biennale I have seen in terms of the national pavilions. The idea of using the Biennale as an opportunity to do research on some "fundamentals," as opposed to showing contemporary practices as is customary, has produced a fantastic density of material and knowledge, rather than the usual superficial display of tendencies. I believe it is important for architecture to develop an alternative approach to the visual arts, because architecture is much more infrastructural, permanent and resource-intensive as a practice. 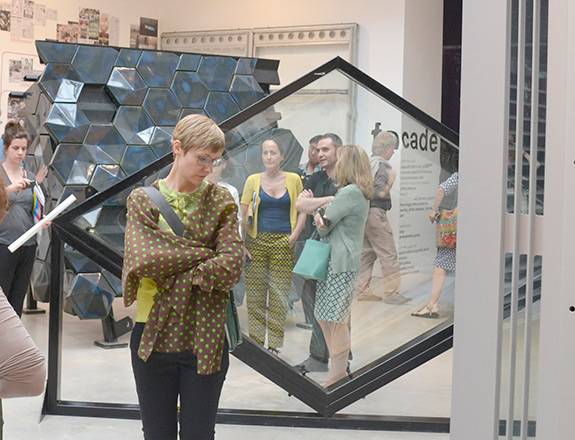 Zaera-Polo, seen through the Curtain Wall façade mockup from Prada Aoyoama, Tokyo, in the "12 Ecologies of the Envelope" installation, speaks with two visitors. (Photo by Jeffrey Anderson, School of Architecture)