Liu is director of new Princeton Center in Beijing 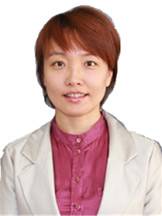 Jin Liu, who has extensive experience working with universities and other organizations in China and the United States, has been appointed the director of the new Princeton Center in Beijing. The center, which launched operations this summer, supports Princeton faculty, students and staff studying and conducting research in China.

Liu, who reports to the University's vice provost for international initiatives, began as director earlier this month. She is available to help University community members with a range of services in China, including travel and housing arrangements; event planning; translation services; finding meeting spaces; and obtaining access to Chinese archives or scientific labs at Chinese universities for academic research.

"Princeton is a top university that has world-class scholars conducting research and academic programs in China," Liu said. "As the on-the-ground facility, the new center in Beijing will be able to provide assistance to the Princeton community in many ways."

The center will open its official office on the campus of Tsinghua University later this fall. It is currently in temporary space in Beijing.

Liu most recently served as the assistant director of the Columbia University Global Center in East Asia, where she helped oversee administrative functions for the Beijing-based center. She provided support to Columbia faculty, students and alumni in China and helped develop relationships between Columbia and Chinese government and academic organizations.

"As someone who has witnessed first-hand how top U.S. universities are following the trend of globalization, I believe I can play an important role in Princeton's international efforts by supporting and facilitating the University's engagement in the region in a more structured manner," Liu said.

In addition to providing support services, Liu will help facilitate University connections to Chinese scholars and institutions, as well as local alumni groups.

Prior to Liu's work at Columbia University, she served as a finance manager for New York University from 2005 to 2010 and was a senior budget analyst for the state of Kansas from 2000 to 2003. She began her career as a compliance manager for Shanghai Minmetals Import & Export Company in China, where she worked with legal, accounting, foreign trade and local government entities on reporting and compliance issues.