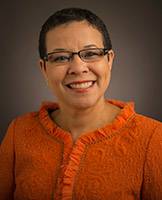 Ramona Romero, a lawyer who has held senior positions in government and the private sector and who has been general counsel of the U.S. Department of Agriculture since 2011, will become general counsel at Princeton University effective Dec. 1.

"I am delighted that Ramona Romero has agreed to become Princeton's next general counsel," Eisgruber said. "She is a nationally recognized attorney with a spectacular record of achievement, and she brings to this University a remarkable combination of talent and experience, as well as deep personal commitment to the values of higher education, diversity and public service. Ramona will bring superb leadership skills to the Office of General Counsel and will represent Princeton with distinction."

Nominated by President Barack Obama to her role at the USDA and unanimously confirmed by the U.S. Senate, Romero directs a staff of about 275 people and serves as chief legal adviser to Secretary of Agriculture Tom Vilsack. The USDA oversees programs that conduct scientific, economic and statistical research, ensure food safety, manage public lands and conservation on private lands, finance rural economic development, promote agricultural trade, safeguard animal and plant health, and provide nutrition assistance in the United States and abroad.

As the USDA's chief legal officer she collaborates with the White House, the Department of Justice and other federal agencies. She also interacts with Congress and leads the USDA Office of Ethics.

"To paraphrase President Lincoln, the philosophy of the classroom today is the philosophy of government tomorrow," Romero said. "After nearly four years in government, I am thrilled to be joining an iconic institution that has for centuries been dedicated to training leaders in the nation's service.  I strongly believe in Princeton's mission and look forward to joining President Eisgruber and his talented team."

Before joining the USDA, Romero served from 1998 to 2011 in a series of roles of increasing responsibility as a lawyer at E.I. duPont de Nemours & Co. based in Wilmington, Delaware. When she left DuPont, she was corporate counsel for logistics and energy, and general counsel for Sentinel Transportation, a DuPont joint venture.

In 2008 and 2009, she was president of the Hispanic National Bar Association. In that capacity, she testified on behalf of Sonia Sotomayor, a member of the Princeton Class of 1976, when Obama nominated and the Senate confirmed Sotomayor in 2009 as an associate justice of the U.S. Supreme Court.

Romero immigrated to the United States from the Dominican Republic at age 10. She earned a bachelor of arts degree in political science from Barnard College at Columbia University and a juris doctor degree from Harvard Law School.