Princeton senior Brian Lax is an English major, passionate about British literature. He is also passionate about computer science and is earning a certificate in statistics and machine learning. Determined to marry these two seemingly disparate parts of his academic experience for his senior thesis, he set out to track revisions of poems by W.H. Auden across time — using the computer as his chief research tool.

Working with his adviser, Meredith Martin, associate professor of English and director of the Center for Digital Humanities, Lax began his journey into the field of digital humanities.

"Digital humanities brings computational tools such as large-scale databases and text-analysis software to bear on traditional humanities scholarship," Martin said. "Because of the ability of computers to digest and store vast amounts of data, things that would have taken scholars an entire career to research, computers can now do in a month. Instead of digging through archives trying to find the answer, in collaboration with a computer scientist, the humanist can come up with ways of using existing or new tools to generate a lot of answers very quickly. This, in turn, helps humanists pose new questions." 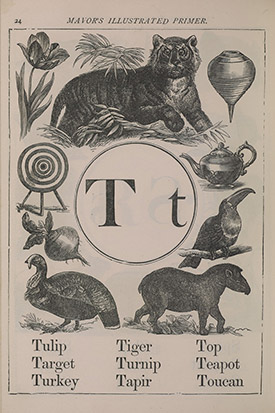 To support research projects from faculty and graduate and undergraduate students, Martin and several colleagues started the Digital Humanities Initiative in 2011. Interest in the initiative and a rapid influx of project requests from researchers led the team to propose a formal center. The new Center for Digital Humanities — "a nexus of engagement with transformative technologies" that will foster and support interdisciplinary projects across the humanities, computer sciences and library sciences — will open with a reception at 4:30 p.m. Monday, Sept. 29, at the center's new home in Green Hall.

Martin sees Princeton as "uniquely situated to direct the future of the digital humanities movement. What we have that a lot of schools don't have is one of the strongest research computing centers in the world," she said.

Martin is referring to the University's High-Performance Computing Research Center — a powerful offsite network housed on Princeton's Forrestal Campus that provides system administration, programming, web-based services for code developing and huge memory servers. One server called TIGRESS provides computing speed of about 110 teraflops, or 10 percent of the capability — as measured in "FLOPS," or floating point operations per second — of a national supercomputing center. This immense capability, said Martin, means Princeton doesn't have to use offsite servers or Cloud servers, creating the ability to support innovative large-scale research projects.

The faculty and staff of the Princeton Institute for Computational Science and Engineering (PICSciE) oversee the Forrestal facility in conjunction with the Office of Information Technology.

Another jewel in Princeton's crown, Martin noted, is its libraries. "Princeton has the best libraries, amazing subject specialists and amazing collections that are really ripe for digitization and experimentation."

Martin first became engaged in digital humanities while doing research on how prosody — the "rules" for reading poems — changed during the Victorian and early Modernist periods. She began her own digital humanities project: the Princeton Prosody Archive, a full-text searchable database of over 10,000 digitized records.

This summer, Jean Bauer, previously the digital humanities librarian at Brown University, joined the University as the center's associate director, bringing extensive experience and knowledge to the new center, according to Martin. As secretary of CenterNet — the governing body of all digital humanities centers in the world — Bauer has contacts across the globe.

"The next generation of humanists will need to be equipped not only with a classically humanistic framework — knowledge of the canon, styles of scholarly criticism and critical thinking skills — but also with the practical and intellectual tools of digital analysis," Martin said.

While the center will continue to support graduate and undergraduate research, its first year will primarily focus on several faculty projects including:

• An aerial photograph project comparing the entire Namibia-Angola border across time. Emmanuel Kreike, professor of history, and his team are using digitization and GIS (geographic information systems) — a computer system designed to capture, store, manipulate, manage and present geospatial or geographical data — to bring qualitative and quantitative information together, including old photos and old survey data, to create a layered visual archive. This digital and spatial database can be used for teaching and research in the form of "virtual time travel," Kreike said, allowing students "to go back in time" to research any of 50 to 100 villages in a 10 by 100-mile zone. 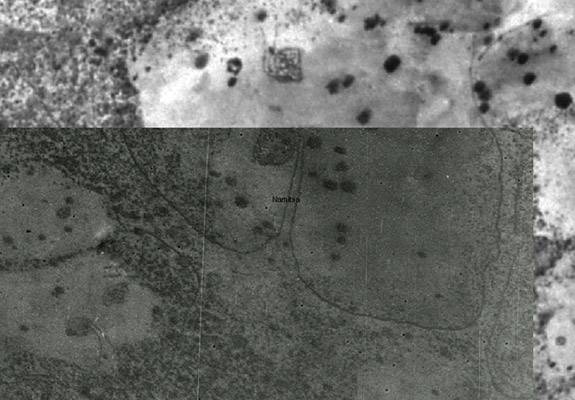 History professor Emmanuel Kreike and his team are using digitization and GIS (geographic information systems) to create a visual and spatial database of the entire Namibia-Angola border across time. These overlaid aerial photos of Ovamboland, North-Central Namibia — dated 1970 (top) and 1943 — demonstrate how the field boundaries remain virtually unchanged over the period even as the location of the homestead has moved about 120 feet. (Photos courtesy of the Office of the Surveyor General, Republic of Namibia)

• Restoration of the Thera frescoes. Working in collaboration with archaeologists at the site of Akroti on the Greek island of Thera (modern-day Santorini), Szymon Rusinkiewicz, professor of computer science and director of the Program in Applications of Computing, and his team have developed a "virtual archaeologist," It is an automated system to reconstruct frescoes that hold valuable clues to an ancient civilization that was buried under volcanic ash more than 3,500 years ago. The system employs a combination of powerful computer algorithms and a processing system mirroring the procedures traditionally followed at excavation sites, enabling archaeologists to "match up" fragments of frescoes, not unlike putting together a giant jigsaw puzzle.

• Digitizing early alphabet books. English professor William Gleason teaches a popular course on children's literature. Last year, two of his preceptors — working in collaboration with Andrea Immel, curator of the Cotsen Children's Library at Princeton; Ben Johnston, manager of the Humanities Resource Center; and Clifford Wulfman, coordinator, Library Digital Initiatives — began a project to digitize a small sample of Cotsen's large collection of early ABC books. "As they were thinking about ways of making these material texts readable online, they were also teaching themselves a certain kind of coding literacy. It's a beautiful example of the kinds of thinking that digital humanities projects allow you to do," Martin said.

Szymon Rusinkiewicz, professor of computer science and director of the Program in Applications of Computing, and a team of Princeton computer scientists have developed an automated system, or "virtual archaeologist," to reconstruct the centuries-old Thera frescoes in Greece. In this 2008 photo, Rusinkiewicz scans a sample fresco fragment using the laser rangefinder, while Tim Weyrich, then a postdoctoral teaching fellow in computer science, looks on. (Photo by Frank Wojciechowski)

In the near future, Martin said, the center will be involved in collaborative projects internationally and on campus. One project in the Department of East Asian Studies will create a text database — a kind of complex dictionary — of Chinese characters and sounds, as well as hypertext versions (a text database system that contains links to other texts) of all pre-modern Chinese texts. The project will, for example, allow scholars to read one text and see the range of its intertextual relations with others.