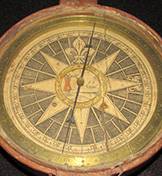 An exhibition from Princeton University's Historic Maps Collection, titled "Nova Caesarea: A Cartographic Record of the Garden State, 1666-1888," displays maps, engravings and photographs showing New Jersey's evolution from the 17th century to the present. The exhibition also includes survey instruments, such as the survey compass above made in 1760.

With beautiful illustrations and incredible detail, a Princeton University exhibition of maps, engravings and photographs shows New Jersey's evolution from the 17th century to the present.

Located in the Main Gallery of Firestone Library, the exhibition is titled "Nova Caesarea: A Cartographic Record of the Garden State, 1666-1888." It includes wall maps of the entire state, each county, and many regions and municipalities, as well as coastal maps and surveying tools. Images range from the first New Jersey map in English, dating to 1675, to photographs taken in 2013 and displayed side-by-side with 19th-century engravings.

The exhibition coincides with the 350th anniversary of the 1664 naming of New Jersey, which was also referred to as Nova Caesara. Curated by the Historic Maps Collection, part of the Princeton University Library's Department of Rare Books and Special Collections, the show will be on display through Sunday, Jan. 25, 2015. Gallery hours are 9 a.m. to 5 p.m. Monday through Friday, and noon to 5 p.m. Saturday and Sunday. Tours with Historic Maps Collection curator John Delaney will be offered at 3 p.m. Oct. 26 and Dec. 14. 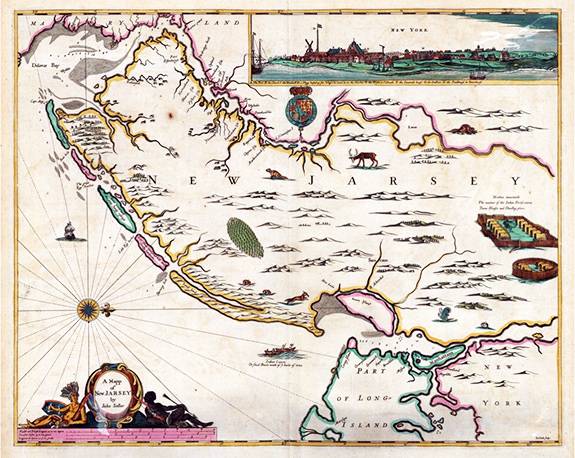 Created in 1675 by John Seller, the illustration above is the first map of New Jersey (labeled "New Jarsey") published in English. 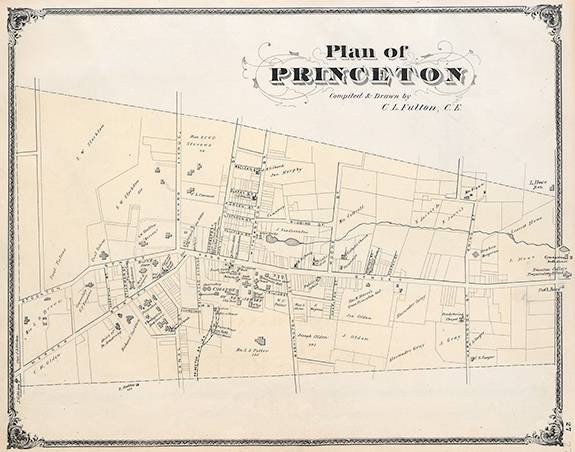 Drawn by C.L. Fulton, this 1875 map of Princeton is one in a series of maps in the exhibition showing the town's development over the years.

Above, an 1876 representation of the Bank of Bergen County at Hackensack, New Jersey (left), is contrasted with a 2013 photo of the well-preserved Victorian Gothic building, now called the Breslin Building and housing law offices. 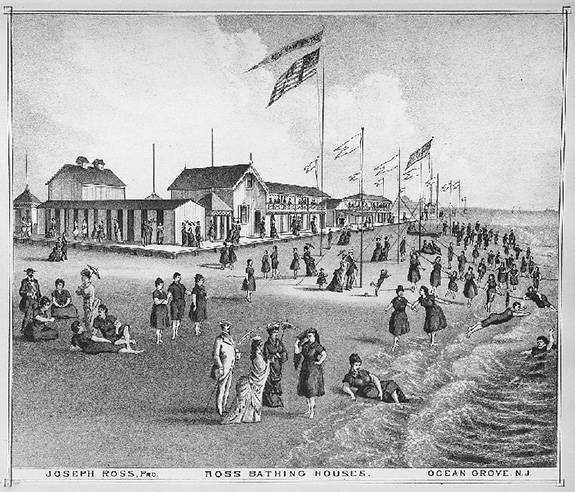 This illustration of bathing houses in Ocean Grove, New Jersey, comes from the 1878 "Historical and Biographical Atlas of the New Jersey Coast," which documented shore towns along the 130-mile coast. 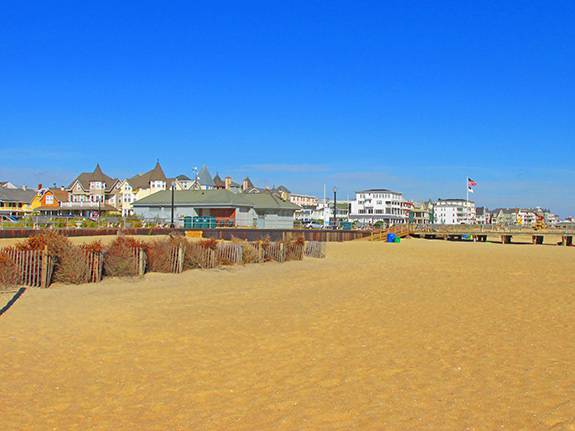 This 2013 photo provides a present-day view of Ocean Grove's bathing houses and pier.