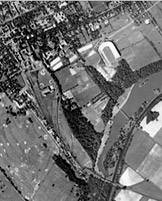 The story of Princeton University can be told in many ways, including through images of the campus through time. From viewing historic maps to satellite images and 3-D models, it is possible to capture the past while taking a fresh look at the campus and its landmarks. Above is a 1936 aerial photograph of Princeton University and its surroundings.

This video represents an artistic visual journey of the Princeton campus through old maps, satellite images, aerial footage and 3-D models, ending with a 360-degree spin around Nassau Hall. The Digital Map and Geospatial Information Center at Lewis Library is a resource for historic Princeton University maps and aerial photographs, many of which are available online. Current Princeton maps, interactive and printable, also are available. 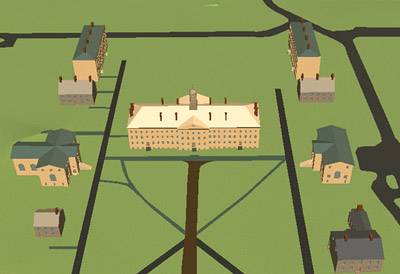 In 1996, the Educational Technologies Center created the Interactive Campus History project for the University's 250th anniversary. At the time, the project used the latest 3-D graphics and other cutting-edge tools to show the progression of campus growth from 1746 to 1996. Though the Campus History project is no longer active, some images may still be viewed on the Web. If you look at 3-D imaging today, you can see even more detailed models of Princeton’s campus in programs such as Second Life or Google Earth. (Image courtesy of the Princeton University Educational Technologies Center) 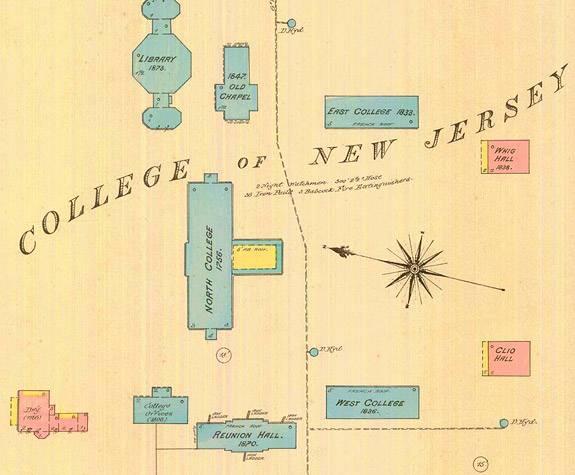 The Historic Maps Collection houses a diverse array of historically significant maps. These include maps made for the use of insurance companies, such as those drawn by the Sanborn Map Co., the first mapping company to popularize fire insurance maps in the United States. Sanborn created detailed maps of cities and towns across the country, including the town of Princeton when it was home to the then-called College of New Jersey. According to John Delaney, curator of historic maps in the University Library, "They are truly the best cartographic sources I know of that show, in detail, the growth of the campus and the nearby town over the years from 1885 to 1927." The Sanborn maps may be viewed in detail online.(Image courtesy of the Princeton University Historic Maps Collection) 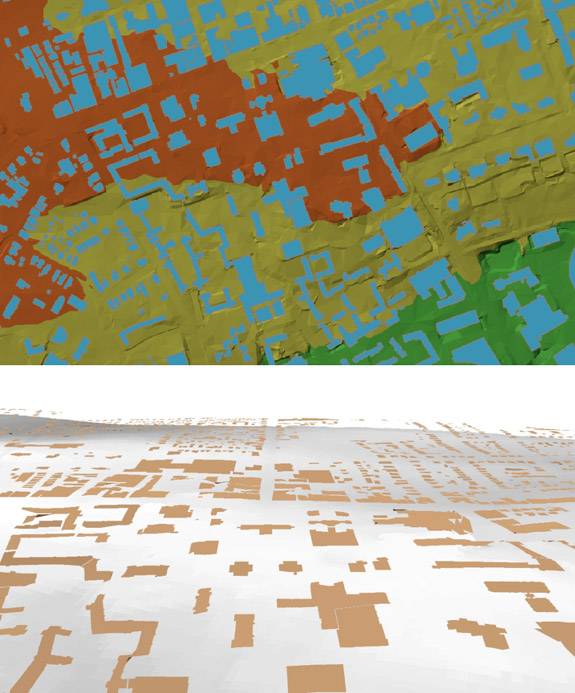 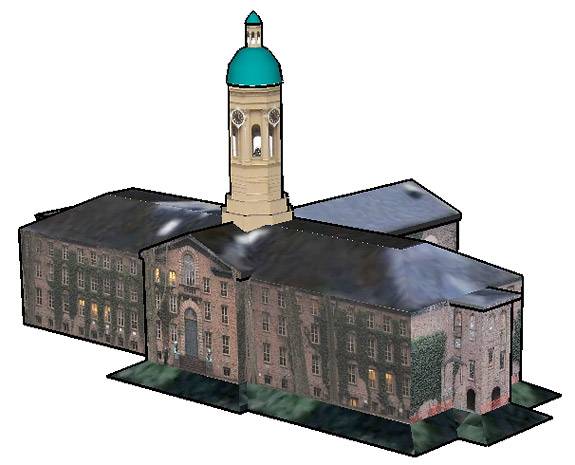 Using free software called Sketchup, Scott Sherman, a member of the Class of 2005, created 3-D models of campus buildings including Nassau Hall (above). "I've always liked architecture, and it just sort of grew as a hobby to make 3-D models of buildings I liked or that had some kind of personal, historical or architectural interest," Sherman said. A molecular biology major, Sherman created the models in 2008 and now is pursuing a residency in general surgery at the University of Iowa. He started creating the models by taking pictures of the sides of the buildings. The models may be seen on Google Earth when looking at the Princeton campus. (Image courtesy of Scott Sherman) 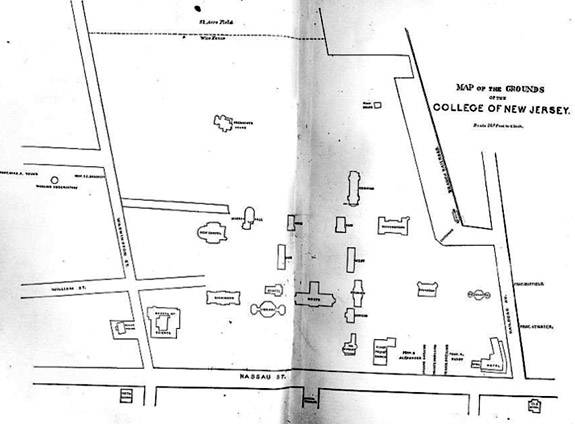 This campus map from 1882-83 refers to the University when it was known as the College of New Jersey. According to Tsering Wangyal Shawa, the geographic information systems librarian at Princeton and a lecturer at the Woodrow Wilson School of Public and International Affairs, maps like the one above were printed on brochures about Princeton University. (Image courtesy of Princeton University Digital Map and Geospatial Information Center)