Princeton University researchers have uncovered a previously unknown, and possibly substantial, source of the greenhouse gas methane to the Earth's atmosphere.

After testing a sample of abandoned oil and natural gas wells in northwestern Pennsylvania, the researchers found that many of the old wells leaked substantial quantities of methane. Because there are so many abandoned wells nationwide (a recent study from Stanford University concluded there were roughly 3 million abandoned wells in the United States) the researchers believe the overall contribution of leaking wells could be significant. 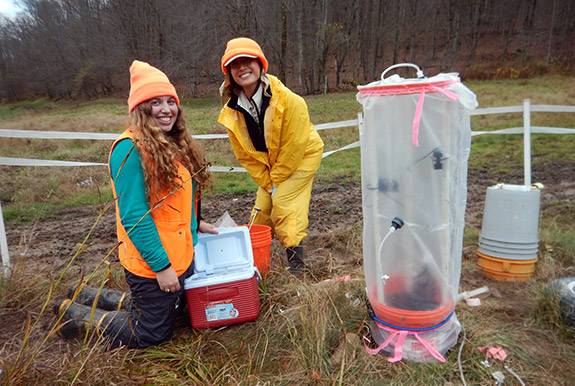 The researchers said their findings identify a need to make measurements across a wide variety of regions in Pennsylvania but also in other states with a long history of oil and gas development such as California and Texas.

"The research indicates that this is a source of methane that should not be ignored," said Michael Celia, the Theodore Shelton Pitney Professor of Environmental Studies and professor of civil and environmental engineering at Princeton. "We need to determine how significant it is on a wider basis."

Methane is the unprocessed form of natural gas. Scientists say that after carbon dioxide, methane is the most important contributor to the greenhouse effect, in which gases in the atmosphere trap heat that would otherwise radiate from the Earth. Pound for pound, methane has about 20 times the heat-trapping effect as carbon dioxide. Methane is produced naturally, by processes including decomposition, and by human activity such as landfills and oil and gas production.

While oil and gas companies work to minimize the amount of methane emitted by their operations, almost no attention has been paid to wells that were drilled decades ago. These wells, some of which date back to the 19th century, are typically abandoned and not recorded on official records.

Mary Kang, then a doctoral candidate in civil and environmental engineering at Princeton, originally began looking into methane emissions from old wells after researching techniques to store carbon dioxide by injecting it deep underground. While examining ways that carbon dioxide could escape underground storage, Kang wondered about the effect of old wells on methane emissions.

"I was looking for data, but it didn't exist," said Kang, now a postdoctoral researcher at Stanford.

In a paper published Dec. 8 in the Proceedings of the National Academy of Sciences, the researchers describe how they chose 19 wells in the adjacent McKean and Potter counties in northwestern Pennsylvania. The wells chosen were all abandoned, and records about the origin of the wells and their conditions did not exist. Only one of the wells was on the state's list of abandoned wells. Some of the wells, which can look like a pipe emerging from the ground, are located in forests and others in people's yards. Kang said the lack of documentation made it hard to tell when the wells were originally drilled or whether any attempt had been made to plug them.

"What surprised me was that every well we measured had some methane coming out," said Celia. 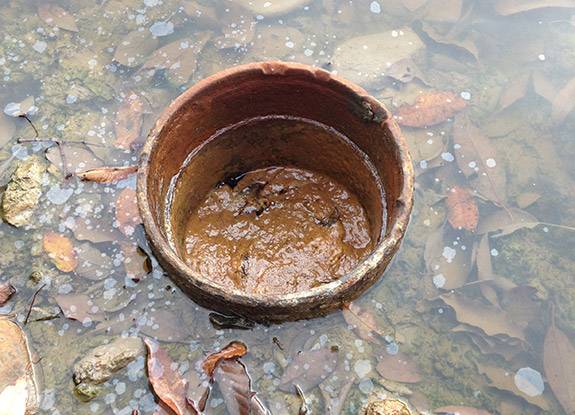 A well pipe emerges from the ground in the Allegheny National Forest in northwestern Pennsylvania. Researchers covered pipes from 19 wells with instruments to measuring gases emitted by the well. (Photo courtesy of Mary Kang, Department of Civil and Environmental Engineering)

To conduct the research, the team placed enclosures called flux chambers over the tops of the wells. They also placed flux chambers nearby to measure the background emissions from the terrain and make sure the methane was emitted from the wells and not the surrounding area.

Although all the wells registered some level of methane, about 15 percent emitted the gas at a markedly higher level — thousands of times greater than the lower-level wells. Denise Mauzerall, a Princeton professor and a member of the research team, said a critical task is to discover the characteristics of these super-emitting wells.

Mauzerall said the relatively low number of high-emitting wells could offer a workable solution: while trying to plug every abandoned well in the country might be too costly to be realistic, dealing with the smaller number of high emitters could be possible.

"The fact that most of the methane is coming out of a small number of wells should make it easier to address if we can identify the high-emitting wells," said Mauzerall, who has a joint appointment as a professor of civil and environmental engineering and as a professor of public and international affairs at the Woodrow Wilson School.

The researchers have used their results to extrapolate total methane emissions from abandoned wells in Pennsylvania, although they stress that the results are preliminary because of the relatively small sample. But based on that data, they estimate that emissions from abandoned wells represents as much as 10 percent of methane from human activities in Pennsylvania — about the same amount as caused by current oil and gas production. Also, unlike working wells, which have productive lifetimes of 10 to 15 years, abandoned wells can continue to leak methane for decades.

"This may be a significant source," Mauzerall said. "There is no single silver bullet but if it turns out that we can cap or capture the methane coming off these really big emitters, that would make a substantial difference."

Besides Kang, who is the paper's lead author, Celia and Mauzerall, the paper's co-authors include: Tullis Onstott, a professor of geosciences at Princeton; Cynthia Kanno, who was a Princeton undergraduate and who is a graduate student at the Colorado School of Mines; Matthew Reid, who was a graduate student at Princeton and is a postdoctoral researcher at EPFL in Lausanne, Switzerland; Xin Zhang, a postdoctoral researcher in the Woodrow Wilson School at Princeton; and Yuheng Chen, an associate research scholar in geosciences at Princeton.

Support for the research was provided in part by the Princeton Environmental Institute, the National Oceanic and Atmospheric Administration, the National Sciences and Engineering Research Council of Canada, and the Yale Center for Environmental Law and Policy.