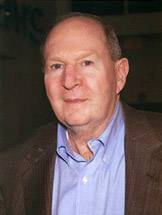 A $10 million gift from Louis Simpson, an alumnus of Princeton's Graduate School, has established the Louis A. Simpson Center for the Study of Macroeconomics in the University's Department of Economics.

Teaching and research at the center will focus on the behavior and structure of regional, national and global economies in an effort to better understand how an economy functions. The findings of the center's researchers will provide public policy leaders with crucial insights as they formulate policies to support economic health.

"The work of this new center is vital to our knowledge of the economies of the world and the factors that influence them," said President Christopher L. Eisgruber. "Thanks to Louis Simpson's transformative gift, Princeton's scholars will now be even better positioned to explore the economic forces that ultimately have an impact on every citizen and society around the world."

The Simpson Center's activities will include bringing visiting scholars and practitioners to campus, hosting conferences and seminars, and providing support for faculty research and graduate and postdoctoral students.

"We are profoundly grateful for this extremely generous gift endowing the Louis A. Simpson Center for the Study of Macroeconomics," said Janet Currie, chair of the Department of Economics and the Henry Putnam Professor of Economics and Public Affairs. "Macroeconomics has long been a strength of the department, with a group that has generated both prominent practitioners and Nobel laureates. Mr. Simpson's support will help us to nurture the next generation of cutting-edge scholars here at Princeton."

Princeton's Department of Economics is regarded as one of the finest in the world. It has been home to seven Nobel laureates, two of whom — New York Times columnist Paul Krugman, a professor of economics and international affairs, and Christopher Sims, the John J.F. Sherrerd '52 University Professor of Economics — are current faculty members. Its economists are routinely tapped for the highest levels of government service: Ben Bernanke was chair of the department before becoming chair of the Federal Reserve; and Alan Krueger, the Bendheim Professor in Economics and Public Policy, recently served as chair of the White House Council of Economic Advisers.

Richard Rogerson, a professor of economics and public affairs, is the center's inaugural director. An expert in labor supply and taxes, business cycle fluctuations and the impact of labor market regulations, he also is a research associate at the National Bureau of Economic Research.

"This center will hugely benefit our efforts to understand the forces that shape macroeconomic performance and the role of economic policy," he said, "and serve to advance Princeton as the leading institution for the study of these issues."

Simpson, the chair of SQ Advisors LLC based in Naples, Florida, earned his master's degree in economics from Princeton in 1960 and was an economics instructor at the University in 1961-62. His son, Ted, is a member of Princeton's Class of 1990.

"I am delighted to give back to Princeton, which helped develop my passion for economics and investing," said Simpson. "The center's mission is very exciting, and I hope to take advantage of the programs that are developed."

Before joining GEICO, he was president and chief executive officer of Western Asset Management, a subsidiary of the Los Angeles-based Western Bancorporation.

Simpson is a director of VeriSign and has been a director of a number of other publicly traded companies, including AT&T, Chesapeake Energy, COHR Inc., Comcast, GEICO, HNC Software, Magma Power, MediaOne, Potomac Electric Power, National Bank of Washington, ResMed, Science Applications International Corporation, Salomon Inc., Thompson BPE, and U.S. West and Western Assets Funds. He is a trustee of Northwestern University and a trustee emeritus of the Urban Institute in Washington, D.C., and the Museum of Science and Industry in Chicago.

"This extraordinary gift will allow Princeton's superb group of macroeconomists to address some of the most important and challenging economic questions that confront policymakers in Washington and abroad," said Gene Grossman, the Jacob Viner Professor of International Economics and director of the University's International Economics Section. "How do we dampen business cycles while maintaining price stability? How should we respond to recessions so as to encourage more robust recoveries? How do we lay the foundations for rapid but equitable growth? What is an appropriate and responsible fiscal policy? Princeton's macroeconomists have the tools to make progress on these questions, and now they will have the resources to support their efforts."

The Simpson Center will be formally dedicated in October with an event featuring the inaugural Simpson Lecture. This year's speaker will be Ben Bernanke, former chair of the Federal Reserve, who chaired Princeton's Department of Economics from 1996 until 2002.