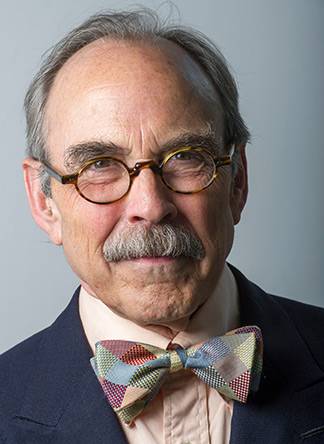 A $5.6 million gift from investor William H. Janeway, a member of Princeton's Class of 1965, has established a fund that will support collaborative teaching and research in finance and other fields of economics at Princeton University.

The William H. Janeway Fund for Bridging Finance, Monetary Economics, and the Real Economy at Princeton will strengthen the interaction between finance and other areas of economics that have diverged over the last three decades. Princeton has a long tradition of connecting different fields of study within economics and hence played a leading role in the academic response to the economic crisis of 2008-09 and rethinking monetary policy.

"The financial crisis of 2008, the Great Recession that it triggered and their aftermath have highlighted the crucial interplay between finance and other fields of economic research," said President Christopher L. Eisgruber. "We are grateful to Bill Janeway, who has himself authored an insightful book on these connections, for this generous gift, which will catalyze deeper exploration and understanding of the relationship between finance and other domains of economics."

A large part of economic research has assumed that financial markets work perfectly. The Great Recession, however, demonstrated that financial markets can be destabilizing and the resulting fluctuations in asset prices and investing have an impact on the economy. Linking finance — with its real-world approach and close interaction with practitioners — with work in other sub-fields of economics should ultimately benefit society by improving policy guidance and regulation.

"Princeton's economics department is world-leading and its Bendheim Center for Finance pioneered the analysis of bubbles and crashes even before the global financial crisis of 2008," Janeway said. "The purpose of this gift is to help bring the study of financial markets back into closer engagement with the dynamics of the real economy of production, consumption and employment, in order to reduce the possibility of the world again being blindsided due to the divorce of economics and finance."

Janet Currie, chair of the Department of Economics and the Henry Putnam Professor of Economics and Public Affairs, said: "We are thrilled with Bill's generous and thoughtful gift. One thing that makes the Princeton finance group unique is that its members are closely integrated with economists in other fields. This gift will enable us to strengthen and maintain existing ties as well as create new links. Such ties are essential for elucidating the relationship between finance and the real economy."

Faculty members at Princeton teach in the economics department's undergraduate and Ph.D. programs, for example, as well as in the University's Bendheim Center for Finance, which offers both an undergraduate certificate program and a master's degree in finance.

The Janeway fund will support a broad array of teaching and research efforts, including courses at the doctoral level that transcend traditional, narrowly defined categories such as finance, macroeconomics and economic theory. Potential new courses include "Monetary and Financial Economics" and "Empirical Macro-Finance."

The research that the fund supports will help clarify the connection between the financial markets, such as stock prices and interest rates, and the things that impact most citizens, such as jobs, services and the production of goods.

The gift will also provide funding for visiting faculty members, postdoctoral researchers and graduate students, as well as travel and technology.

"I am very grateful for Bill's gift, which will help us bridge finance and many other dimensions of economics, including microeconomics, financial econometrics and macroeconomics," said Markus Brunnermeier, the director of the Bendheim Center for Finance and Princeton's Edwards S. Sanford Professor of Economics. "It will, for instance, enable Princeton to be at the center of the modern revival of the field of 'money and banking' — which explores the role that money, financial markets and institutions, and monetary policy play in shaping the economy — and combine that with work in monetary economics. This is critical for modern central banking and provides new perspectives on monetary policy."

Janeway, a senior adviser and managing director at Warburg Pincus, a private equity firm, has been called "one of the great tech investors" by The New York Times. He joined Warburg Pincus in 1988 and was responsible for building its information technology investment practice. He is the author of "Doing Capitalism in the Innovation Economy," named one of the best economics books of 2012 by the Financial Times. He received his doctorate in economics from the University of Cambridge, where he was a Marshall Scholar, and was valedictorian of his Princeton class.

"This new fund will ensure that Princeton will sustain and fortify its edge for the indefinite future to the benefit of policymakers in central banks, international institutions and finance ministries," said Brunnermeier. "The ultimate goal is to provide an analytical framework to improve decisions in the world of modern financial markets and the real economy."