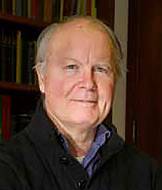 Photo courtesy of the Department of Classics

Johnson, the Murray Professor of English Literature, has been on the Princeton faculty since 1994. She served as chair of the English department from 2004 to 2012.

Johnson, who received her Ph.D. from Princeton, specializes in 18th- and early 19th-century literature, with a particular emphasis on the novel. She is well known for her scholarship on Jane Austen and has prepared critical editions of four Austen novels. Johnson's most recent book, "Jane Austen's Cults and Cultures," won the 2013 Christian Gauss Award for Distinguished Work of Literary Criticism and the 2012 CHOICE Outstanding Academic Title award. She also wrote "Jane Austen: Women, Politics, and the Novel" and "Equivocal Beings: Politics, Gender, and Sentimentality in the 1790s: Wollstonecraft, Radcliffe, Burney, Austen," which was the runner-up for the Modern Language Association's James Russell Lowell Prize.

In nominating Johnson for the Behrman Award, a colleague wrote that Johnson is "the leading scholar of Jane Austen in the United States, if not the world, a distinction that carries quite a bit of weight in a time when Austen paradoxically thrives in both high culture and popular culture — twin areas of Austen's influence that Johnson addresses equally well."

Another colleague wrote: "For more than 20 years Claudia Johnson has been a vital and thoughtful presence at Princeton and her work in literary studies has garnered an esteemed international reputation. ... Claudia has a genuinely historical imagination and is able to recreate the emotions and expectations of 18th-century readers, asking penetrating questions about the ways in which we have inherited the period and its enduring legacies."

Johnson has received fellowships from the National Endowment of the Humanities and the Guggenheim Foundation. She has served of the editorial boards of Princeton University Press and academic journals in her field, and is a member of several professional organizations.

Shaw, the Andrew Fleming West Professor of Classics, has been a Princeton faculty member since 2004. An expert on Roman history, he has served three times as director of the Program in the Ancient World.

Shaw's most recent book is "Bringing in the Sheaves: Economy and Metaphor in the Roman World," published in 2013. His 2011 book "Sacred Violence: African Christians and Sectarian Hatred in the Age of Augustine," won a PROSE Award and the Wallace J. Ferguson Prize of the Canadian Historical Association. He also translated and edited "Spartacus and the Slave Wars: A Brief History with Documents."

In collaboration with Princeton historians and others, Shaw worked on four editions of the world history textbook "Worlds Together, Worlds Apart."

In nominating Shaw for the Behrman Award, one colleague highlighted the scope and influence of Shaw's writings: "His articles (often the length of short monographs) on pastoral nomads, banditry, the family in late antiquity, the early Christian martyr Perpetua and many other topics are must-read classics for anyone working their way into the field. ... But beyond this ability to range over so many disparate subjects there is Brent's ability to drill down and completely master large topics of immense complexity."

Commented another colleague: "His historical erudition, his knowledge of other societies and other times, is enormous, his theoretical awareness and application of anthropological, sociological, psychological, economic insights, even of philosophy ... are well known and deeply impressive. Everything came together in the 910-page 'Sacred Violence.'"

Shaw is a life member of the American Philosophical Society.