Mónica Ponce de León, a pioneering educator and award-winning architect, has been selected as the next dean of Princeton University's School of Architecture. Her appointment is effective Jan. 1, 2016.

Ponce de León has served as dean of the Taubman College of Architecture and Urban Planning at the University of Michigan-Ann Arbor since 2008, where she is also the Eliel Saarinen Collegiate Professor of Architecture and Urban Planning. Before her appointment at the University of Michigan, Ponce de León was a professor at the Harvard Graduate School of Design, where she served on the faculty for 12 years.

A recipient of the prestigious National Design Award in Architecture from the Cooper Hewitt, Smithsonian National Design Museum, Ponce de León co-founded Office dA, in 1991, and in 2011 started her own design practice, MPdL Studio, with offices in New York, Boston and Ann Arbor.

"I am thrilled that Mónica Ponce de León has agreed to become the next dean of Princeton's School of Architecture," said Princeton President Christopher L. Eisgruber. "As both a renowned architect and a successful dean, she brings to the school a rare combination of distinction, creativity, experience and energy. Mónica clearly appreciates the special scholarly role and mission of the Princeton University School of Architecture, and I expect that she will enable the school to build upon its legacy in new and exciting ways."

"I am deeply honored by the trust that Princeton is placing upon me and I look forward to working with students and faculty in writing the next chapter in the history of the school," said Ponce de León. "Given that architecture plays a unique role in the construction of culture, at the intersection of the humanities, the sciences and the arts, the opportunities are enormous. I am excited to work with the School of Architecture and the leadership at Princeton to expand and deepen architecture's role in understanding and speculating on the challenges of our time." 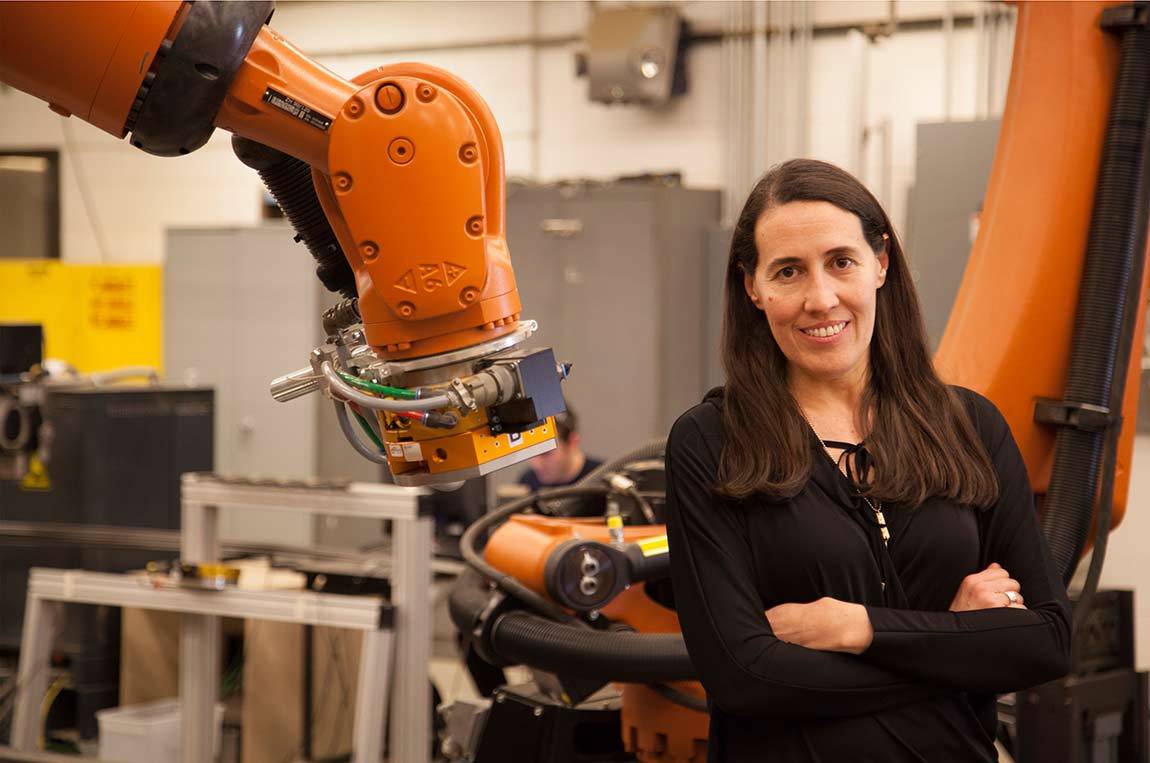 Monica Ponce de Leon has been named the next dean of Princeton's School of Architecture, effective Jan. 1, 2016. Above, she is shown at the Taubman College of Architecture and Urban Planning at the University of Michigan, where she has served as dean since 2008. (Photo by Adam Smith)

"Monica brings a passion for education in architecture, and the importance of building a diverse pipeline of future architects," said Princeton Provost David S. Lee. "She is an innovator both as an architect, and in the way she has fostered collaboration and community. Monica will fit wonderfully into our highly interdisciplinary community; I'm excited and look forward to supporting her efforts as dean of the school in sustaining and extending the excellence in teaching and scholarship that occurs in the School of Architecture."

She is widely recognized as a leader in the application of robotic technology to building fabrication. Building upon her work as director of the Digital Lab at Harvard, at the University of Michigan she developed a state of the art student-run digital fabrication lab, integrating digital fabrication into the curriculum of the school. In large part because of her pioneering work, the use of digital tools is now commonplace in architecture schools across the country.

As a practicing architect who is deeply committed to architectural education, Ponce de Leon builds bridges between academia and practice, underscoring the interdisciplinary nature of architecture by encouraging experimentation and critical thinking in the curriculum. As a dean and an educator, Ponce de Leon has emphasized the connections between scholarship, research and creative practice. Under her leadership, the college's Liberty Annex has served as a think tank for faculty and student collaboration fueled by innovative seed funding.