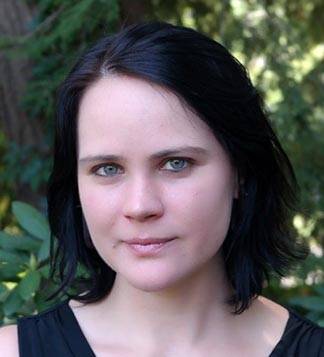 Think of a goal. The ideal relationship, perhaps, or getting into graduate school.

Now, how does that compare with where you are now?

The difference between where you are and where you want to be might shape your actions, prompting you to try to meet new people or study harder with the future in mind.

Margaret Frye, an assistant professor of sociology at Princeton University, examines the ways the gap between experiences and ideals affects how people feel about themselves. In the scenarios she has examined, a big gap between a person's experiences and their ideal outcome negatively affects their sense of well-being.

"One important message is that having optimistic aspirations is important, but you have to have some kind of imagined path of getting there," said Frye, who joined the faculty this year. "Having this sense that you really want something but knowing it's not likely that it will happen is an existentially unpleasant place to be."

Much of Frye's research focuses on the experiences of young adults around education and sexual behavior in Malawi, a small, landlocked country in southern Africa where HIV is common. One project asked young women about how their current romantic relationship had progressed, compared with how their ideal relationship would advance. The women were asked to sort cards that showed various actions — exchanging gifts, meeting their partner's family, getting tested for HIV, getting married, having sex — into the order they occurred. Then they sorted the cards again to show how their ideal relationship would progress.

The results are detailed in an article titled "Ideals as Anchors for Relationship Experiences" that was published earlier this year in the journal American Sociological Review. The article, written by Frye and Jenny Trinitapoli, an associate professor of sociology at the University of Chicago, showed that women whose relationship more closely matched their ideal felt better about their relationship. That was demonstrated by how frequently they discussed important matters with their partner, how likely they thought it was that they would break up, or how likely they thought it was they would contract HIV from their partner.

"People whose relationships are more similar to their ideals assess their relationships in various ways as being better relationships," said Frye, noting that these personal ideas about relationships seemed to be more important than broader cultural or societal norms.

"Social science has long recognized that ideals are important in influencing how we think and act, but this research is one of the first to do is show, empirically, with data, that ideals can be measured and are shown to have effects," said Poulin, who was not involved in the research. "And for me, this is what really stands out about this new research."

The discrepancy between an ideal sequence of events in a relationship and how they are actually experienced is reflected in two primary areas of concern for young women in Malawi: divorce and HIV infection, Poulin said.

"For instance, young people tend to place HIV testing and having a modern wedding before having sex in an ideal sequence," she said. "And congruence between sexual ideals and actual experiences is strongly associated with the degree to which young people source support and security from their relationships."

Funding for the research was provided by the National Institute of Child Health and Human Development and the Canadian Institute for Advanced Research.

Another of Frye's research projects examines the relationship between the aspirations of college students — how they hope they will perform academically — and their expectations — how they think they will actually perform. The project studied two situations: students in Australia who wanted to obtain a good enough grade on a thesis during their senior year to advance toward graduate school and students in the United States who wanted to advance academically over five years.

Those whose expectations fell far short of their aspirations reported lower well-being.

"The key finding is that both when we look at general educational attainment and when we look at the more specific attainment of an academic goal, the gap between your expectations and your aspirations is predictive of depression, independent of your actual experience," Frye said.

The results of that research are detailed in an article titled "When Aspirations Exceed Expectations: Quixotic Hope Increases Depression among Students" by Frye and Katharine Greenaway and Tegan Cruwys of the University of Queensland in Australia. The article was published in September in the journal PLOS One.

"These findings highlight the danger of teaching students to aspire higher without also investing time and money to ensure that students can reasonably expect to achieve their educational goals," the researchers wrote.

Frye and Greenaway received funding for the research from the Canadian Institute for Advanced Research.