Class snapshot: The trouble with the truth 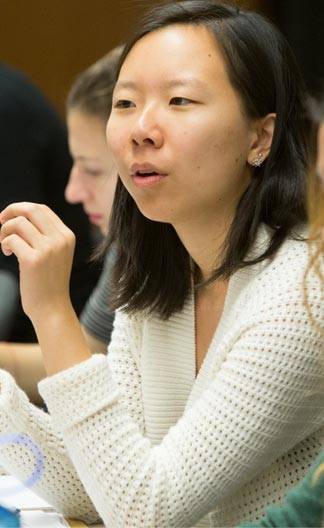 "Ethics in Context: Uses and Abuses of Deception and Disclosure" looks closely at the use of deception in daily life across cultures, the tangled histories of science and stage magic, and ethically controversial cases from popular culture, the arts and academia. Christie Jiang says the course benefits from the range of interests and experiences that students bring to each meeting. "The various perspectives in class promote a really rich set of conversation topics every week," she said.

Tell the truth. But what if that means embarrassing a colleague or violating a friend's privacy?

Don't deceive. But what if you're a magician whose audience expects it, or a researcher whose experiment relies upon it?

Sticky situations like these are the jumping-off point for "Ethics in Context: Uses and Abuses of Deception and Disclosure," a Princeton University course that pushes undergraduates to explore the complexity of personal and professional judgment.

The course, led by Professor of Anthropology Rena Lederman, looks closely at the use of deception in daily life across cultures, the tangled histories of science and stage magic, and ethically controversial cases from popular culture, the arts and academia. Case studies include P.T. Barnum's 19th-century traveling curiosity show, reality television, James Frey's fictionalized memoir "A Million Little Pieces," and examples of cultural practices that elude easy description as lying or truth.

"I hope the course expands students' imaginations and vocabularies for thinking about social life ethically and thinking about ethics anthropologically, that is, we situate ethical experience in its social and cultural contexts," Lederman said.

Later weeks of the course focus on fields, such as biomedicine and psychology, in which the withholding of information or active deceptions are key to conducting effective research. For example, the gold standard in clinical trials is the double-blind study, in which information is withheld from trial participants and investigators about whether a participant is receiving the experimental treatment or a placebo.

"Considering several fields of human research, our reading and discussions compare and contrast their rationales for the methodological necessity for deception, in order to layer and nuance our understanding of the relationship between good (that is, competent) science and good (that is, ethical) science in each case," Lederman said.

Lederman developed the course about 10 years ago with support from the David A. Gardner '69 Magic Project, building on her own comparative research into the relationship between ethical and methodological assumptions in different academic disciplines.

The ethics of magic: One focus of the course is stage magic, whose practitioners specialize in deception yet have historically been proponents of science. Lederman said stage magic offers a good entry point for considering situations where deception isn't a bad thing.

"You go to a magic show to be deceived brilliantly," Lederman said. "If you can figure things out, you're kind of disappointed."

The way magicians share their secrets among themselves and fiercely protect them from the public also illustrates important aspects of knowledge control, another topic in the course, Lederman said.

To gain insights into these issues, students read "Trade of the Tricks," an ethnography in which cultural anthropologist Graham Jones is admitted into the modern-day Paris magic scene as an apprentice and offers a first-hand account of how magicians learn to perform their deceptions and how their knowledge is learned, shared or stolen. The book also describes how Jones accomplished his field research without violating this secretive community's trust. 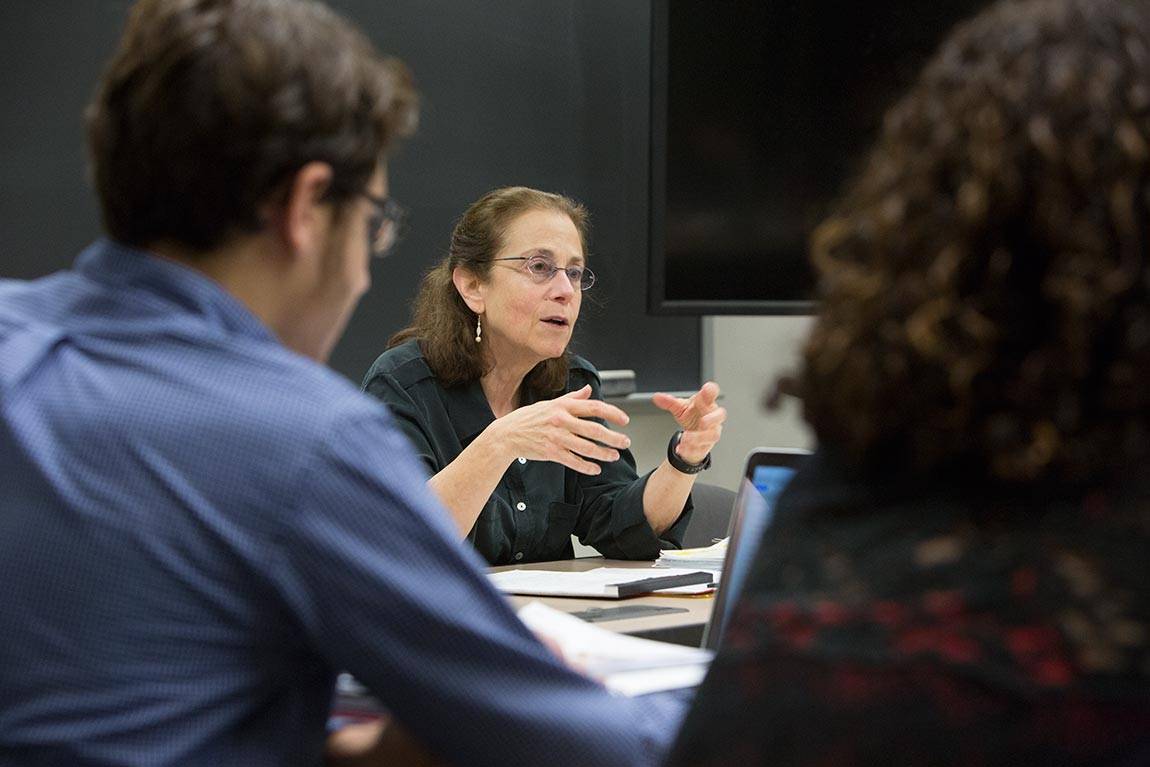 Professor of Anthropology Rena Lederman says the course pushes undergraduates to explore the complexity of personal and professional judgment, exploring situations that challenge everyday assumptions about the use of truth and deception.

In class: During a recent class, a lively discussion began with an examination of Frey's 2003 memoir, which was later marketed as a semi-fictional novel after many of its assertions were shown to be untrue. Among the questions that emerged:

• Where does creative license stop being creative and start being deceptive?

• Does a story become devalued when it is revealed to be false?

• If Frey's story benefited others struggling with recovery from drug and alcohol addiction, were his lies worthwhile?

"'A Million Little Pieces' provides us an opportunity to think about trust and truth outside of the context of the culture of science — outside settings governed by scientific standards of credibility and techniques for sorting trustworthy claims about the world from other kinds of claims," Lederman said. "What are the rules in Frey's wing of our culture?"

One student, recalling her own embellishment of stories shared with her family, argued for the importance of what she called "emotional truth."

"I think there is a value in the emotional truth — how you felt," she said.

Another argued that Frey's case was different, because the lies he told affected many who read his story. "As much as you can speak to this vague emotional truth, there's a physical truth that's not being presented and that is probably consequential," she said.

A recent class meeting featured a lively discussion of the ethics of truth and deception in memoir, focusing on the fictionalized memoir "A Million Little Pieces" by James Frey. Among those participating in the conversation were (from left) Gwyndolyn Goldfeder, Eric Sklanka, Divya Rohira, Jonathan Yang and Courtney Buoncore.

Students say: "We talk a lot about [the] shades of gray between truth and lie and the malleability of both of those concepts. But because, in academia, we should never be satisfied by just saying that 'things are complicated,' we've tried at different points to come up with models for understanding those concepts. It's cool to get creative in that way as a class." — Marissa Rosenberg-Carlson, Class of 2018

"As an engineering student who also has a strong interest and dedication to the humanities, I definitely see the benefit of mixed academic interests playing out during class. It really helps that everyone in the class is really willing to participate and contribute their own voice to the discussion. … As we pick apart topics from performance magic to Santa Claus to art history to scientific publications to reality TV, the various perspectives in class promote a really rich set of conversation topics every week." — Christie Jiang, Class of 2017