Q&A: What's the significance of the IMF elevating China's currency? 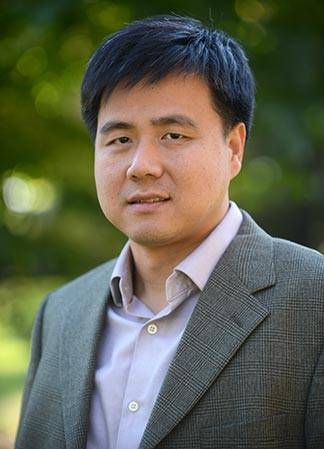 The International Monetary Fund said Monday that it would add the Chinese renminbi, also known as the yuan, to its list of reserve currencies alongside the U.S. dollar, the Euro, the British pound and the Japanese yen.

The move, long desired by China, is likely to lead to wider use of the renminbi in trade and finance. With the change, the renminbi will become one of the currencies that serves as the basis for the IMF's accounting unit, known as special drawing rights (SDR).

Wei Xiong, the Hugh Leander and Mary Trumbull Adams Professor for the Study of Investment and Financial Markets and professor of economics at Princeton University, who studies China's financial system, answered questions about the IMF's decision and its significance. Xiong is also affiliated with the University's Bendheim Center for Finance.

Question: What is the significance of the IMF's action?

Answer: This is the response of IMF to the growing importance of China in the global economy and Chinese currency in the world financial system. It matters because many countries follow the IMF's SDR as the benchmark for their foreign reserve.

Q: What does this mean for China?

A: This is an important landmark for the development of China's financial system. In the short run, this inclusion is mostly symbolic. The long-run impact of this status can be substantial and can be both positive and negative.

On the positive side, it recognizes renminbi as a credible and safe currency. This status attracts central banks across the world to invest their reserves in renminbi, as well as indirect investment capital from private funds. These investments together give support to renminbi, especially during financial turmoil. More important, in order to qualify for the SDR, China has made great efforts, and is likely to make continuing efforts, to make renminbi more freely tradable and to gradually open its capital accounts. These efforts are likely to make China's financial system more open, more market driven and more efficient.

Q: What does it mean for the U.S. and the rest of the world?

A: The inclusion of renminbi into SDR has no direct impact on the U.S. The weight of renminbi in the SDR basket is only 10.92 percent, which is substantially lower than the 41 percent weight of the dollar. Given the under-development of China's economy and especially its financial markets, it is unlikely that renminbi will be able to come close to the wide acceptance of the dollar in world trade in the foreseeable future.

On the positive side, the inclusion of renminbi into SDR is likely to speed up the opening of China's financial system, which will provide more business opportunities for financial firms in the U.S. and other countries. In particular, the large pool of household savings in China will gradually flow out of China, looking for diversification and better investment opportunities.

Q: What does this say about China's place in the world economy?

A: This is an excellent recognition for China's place in the world economy. It is already the second-largest economy and now its currency is also one of the five reserve currencies, carrying the third-largest weight in the SDR basket.