by Michael Hotchkiss, Office of Communications and B. Rose Huber, Woodrow Wilson School of Public and International Affairs 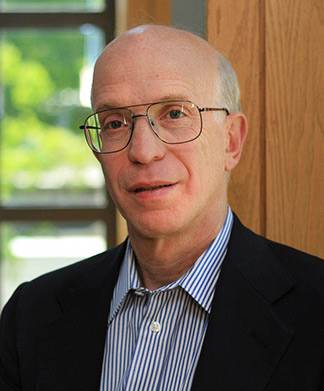 The Federal Reserve raised interest rates from record lows Wednesday, Dec. 16, beginning what many expect to be a period of further increases.

The change itself was small — lifting the rate banks charge each other for overnight loans from between 0 and 0.25 percent to a range of 0.25 percent to 0.5 percent. But the move drew wide attention for the signal it sends about the Fed's view of the economy and its plans going forward.

Alan Blinder, the Gordon S. Rentschler Memorial Professor of Economics and Public Affairs and former vice chairman of the Fed's Board of Governors, answered questions about the Fed's decision, what it will mean throughout the economy and the legacy of the record-low rates.

Question: This is the first time in nearly a decade that interest rates have risen. Why now?

Answer: Fair question; it could easily have started earlier or later. But the Fed had set itself two tests: that the labor market had to show substantial improvement, and that they were reasonably confident that inflation was headed back to 2 percent (the Fed's target). It judged both of those to be true now.

Q: How will the higher interest rates influence the national and global economies?

A: If the rate hikes were to stop here, the answer would be: hardly at all. But they won't stop here. The Fed itself now forecasts that it will raise its policy rate by 1 percentage point a year for three years. That is certainly (more than) enough to matter. It will raise interest rates on everything from mortgages to bank accounts, and that will slow the U.S. economy, which is almost 25 percent of the world economy, somewhat. The Fed understands that; it wants to avoid an overshoot. Also, with the Fed tightening while the European Central Bank and the Bank of Japan continue to ease, the dollar will likely continue to climb.

Q: What industries stand to benefit or suffer because of higher interest rates?

A: Banks and other financial institutions, which have been struggling with compressed interest rates, will probably gain. So will savers. But interest-sensitive industries like housing and automobiles will suffer — not from just one-quarter percent, but as rates go higher.

A: Yes, if your baseline is today's rates. But budgeteers have known for a long time that interest rates would rise, and have embodied rate increases into their multiyear projections.

Q. How will individual Americans be affected by the decision, as consumers and savers?

A: Consumers won't notice the higher rates much, except when they go to finance houses and cars. Savers will notice it a lot — but not right away. Once again, a Fed rate just one-quarter percent higher than previously is barely noticeable. But there is more to come.

Q. What are the lessons from this long period of very low interest rates?

A: There are many. I'd mention three. First, when the Federal Reserve, or any central bank, pushes its rates close to zero, its power to boost the economy ebbs — not ends, but ebbs. That's one reason we've stayed in the doldrums so long. Second, the well-publicized fears that "free money" would lead to rampant financial speculation and "bubbles" turned out to be exaggerated. There were some financial excesses, but not many. Third, the "inflation hawks" who assured us — as early as 2009 — that all this hyper-expansionary monetary would lead to high inflation were as wrong as wrong can be. The Fed is still trying to push inflation up.