Imagine you are planning a banquet. You want to make sure that if two people don't like each other, they don't sit at the same table. To help with planning, you might draw a diagram with dots for guests and lines joining the pairs that are best kept apart. 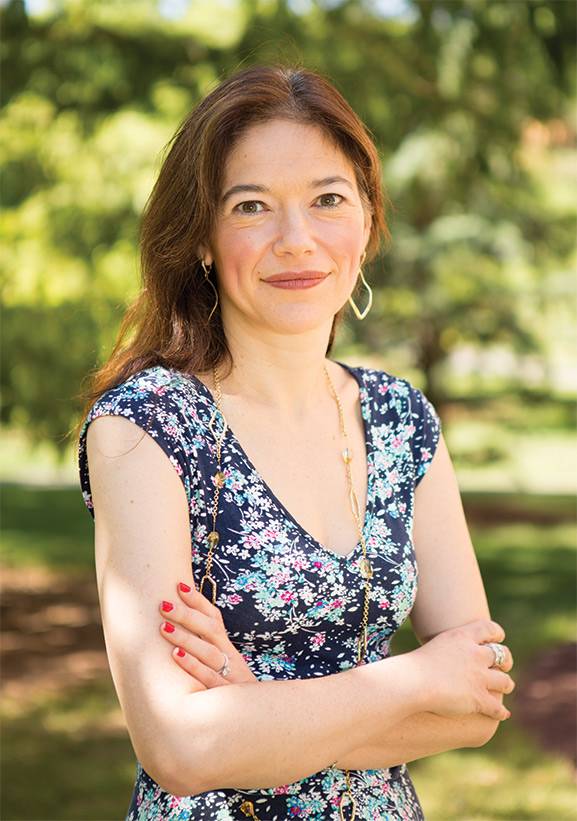 Maria Chudnovsky studies mathematical objects called graphs, which consist of dots and lines, with each line connecting two dots. "A graph is a good tool to model real-life situations where the information comes in pairs," Chudnovsky said, "such as pairs of cities connected by a direct flight, pairs of people who know each other, or pairs of computers connected by an optical fiber."

Assigning the dots on the graph (or people at your banquet) into groups, so that no conflicts occur is, in mathematical parlance, called "coloring" the graph. That means coloring the dots so that no two dots, or nodes, of the same color are connected. (Think color-coding the tables, and then "coloring" the guests according to their assigned table.)

No efficient algorithm exists for coloring that applies to all situations, Chudnovsky said, but there are classes of graphs, such as one called the "perfect graphs," that behave particularly well with respect to coloring. While a graduate student at Princeton, Chudnovsky was part of a team — made up of Chudnovsky's Ph.D. adviser and Professor of Mathematics and Applied and Computational Mathematics Paul Seymour, Neil Robertson of Ohio State University, and Robin Thomas of the Georgia Institute of Technology — that solved a 40-year-old problem: a conjecture stating that there is always a simple reason why a graph is not perfect. The conjecture they proved is called "The Strong Perfect Graph Theorem."

"It was very exciting to accomplish this as a graduate student — it was as huge a shock as you can imagine," Chudnovsky said. She went on to become a professor at Columbia University before returning last year to Princeton, where she is now a professor of mathematics and the Program in Applied and Computational Mathematics. She receives funding for her research from the National Science Foundation and the United States-Israel Binational Science Foundation.

More recently, Chudnovsky has been exploring another question about perfect graphs. Can you efficiently color the dots with the smallest possible number of colors? The answer to this question is yes, but all the known algorithms use a complex technique known as combinatorial optimization. Might there be another technique that relies solely on graph theory? Recently, Chudnovsky and Columbia graduate student Irene Lo, with Frédéric Maffray at the Grenoble Institute of Technology, Nicolas Trotignon of École Normale Supérieure de Lyon, and Kristina Vuškovic of the University of Leeds, were able to make progress on this, designing such an algorithm for a large subclass of perfect graphs.

Board approves 20 appointments to Princeton faculty