Researchers at several institutions including Princeton University have used a large-scale online study to establish two important links in the effort to better understand psychiatric conditions and the underlying mechanisms in the brain.

The study included almost 2,000 people who answered about 300 questions probing symptoms of a range of psychiatric disorders and completed a computerized task that assesses the integrity of the brain's architecture for controlling habits. 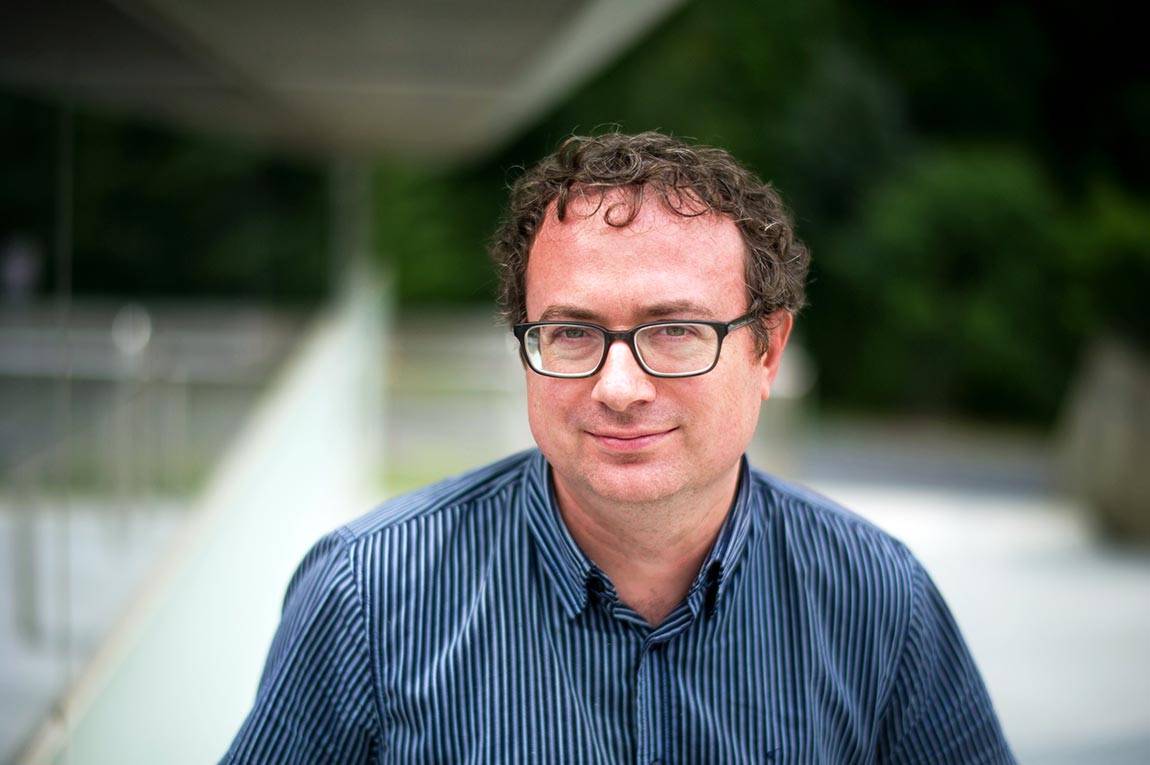 Nathaniel Daw, a professor of the Princeton Neuroscience Institute and the Department of Psychology, explores the relationship between psychiatric symptoms and brain mechanisms. (Photo by Sameer A. Kahn/Fotobuddy)

The researchers, including Nathaniel Daw, a professor of the Princeton Neuroscience Institute and the Department of Psychology at Princeton, used the results to identify compulsion as a common dimension in people who reported symptoms of disorders including obsessive compulsive disorder, drug abuse and eating disorders.

The researchers were also able to establish that compulsivity — repeating certain behaviors over and over, despite the damage the behaviors cause — was linked with a problem with how the brain overrides habits as it balances automatic and deliberate decision making.

"This finding is important because it connects these illnesses to a set of brain mechanisms that scientists are beginning to understand," Daw said. "One of the great problems with psychiatric disorders is that we don't understand what doctors call their etiology — how they arise from some particular physical dysfunction that might be treated. Here we are beginning to establish such a link."

The work is detailed in an article, "Characterizing a psychiatric symptom dimension related to deficits in goal-directed control," published Tuesday, March 1, by the journal eLife. Along with Daw, the authors include Claire Gillan, a postdoctoral researcher at New York University and the University of Cambridge; Michal Kosinski, an assistant professor in organizational behavior at Stanford University; Robert Whelan, a lecturer in psychology at University College Dublin; and Liz Phelps, the Julius Silver Professor of Psychology and Neural Science at New York University. Funding for the research was provided by the Wellcome Trust.

The research is some of the first to examine a computational theory about how the brain works in a large group of people and relate it to self-reported symptoms, said Quentin Huys, a senior research fellow at the Translational Neuromodeling Unit at ETH Zurich and the University of Zurich.

"I think it's really leading the way in relating very specific theories about how we come up with decisions to the distribution of symptoms people experience," said Huys, whose research focuses on computational psychiatry. He was not involved in the research.

The finding that a common dimension underlies a range of psychiatric disorders offers a way to think about such disorders that could address problems with the current way of defining them, in which symptoms and diagnoses frequently overlap.

"One of the great obstacles to psychiatric research — and also effective treatment — is the complicated patterns of variation and overlap across different disorders, like depression and anxiety," Daw said. "By leveraging large-scale online testing, we were able to tease apart the underlying dimensions of illness and better relate them to underlying cognitive function."

Daw is continuing to pursue research focused on understanding the relationship between psychiatric symptoms and mechanisms in the brain, including through work conducted as an investigator with the new Rutgers-Princeton Center for Computational Cognitive Neuropsychiatry.