One winner has a serious interest in literary translation. One is pre-med and has played the piano since he was 6. One is a music major. And one is attending law school in the fall.

The four winners of the second annual Creative Reactions Contest — an initiative of Princeton University Concerts (PUC) — do have one thing in common: they all wrote poems.

Over the course of six months, the 80 Princeton students who entered the contest received a free ticket to attend one of seven PUC concerts and were asked to capture the experience of hearing live classical music. The form was flexible, allowing for blank verse, prose, poetry, narrative, even lyrics. The entries were assessed in three rounds by 12 judges, including professors, administrators and students in the arts and the humanities from the University and community. There were two first-place winners, who received $500 each, and two second-place winners, who received $250 each.

The winners will read their poems in a pre-concert event at 7 p.m. Thursday, April 28, in Richardson Auditorium, Alexander Hall. Scott Burnham, the Scheide Professor of Music History, will moderate. Before each reading, a short clip of the music the students reacted to will be played. At 8 p.m. baritone Matthias Goerne will give a concert, accompanied by pianist Alexander Schmalcz — the last concert of PUC's 2015-16 season.

"The Creative Reactions Contest is one of my favorite new initiatives," said Marna Seltzer, director of PUC. "It allows students to make an entirely personal connection to the concerts we present, and it offers the opportunity to hear the music we present in a different way. For our community audience, it gives them a glimpse into the thoughts of the next generation of concertgoers and music lovers. I congratulate this year's winners, and continue to be astounded by the talent and creativity of Princeton students," she said.

Since 1894, PUC has presented many of the classical music world's most important established as well as emerging musicians, including violinist Isaac Stern, cellist Yo-Yo Ma, the Budapest String Quartet and pianist Vladimir Ashkenazy. Artists also engage with students during their visit to campus in activities ranging from master classes to "late-night chamber jams." Most concerts take place in Richardson Auditorium.

Darya Koltunyuk, a 2015 alumna who is the marketing and outreach manager for the concert office, initiated the contest last year as part of the Student Ambassadors of PUC — a small group of classical music-loving students whose mission is to increase student interest and participation in PUC programs. 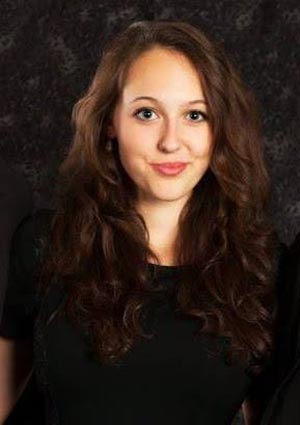 Sophomore Anna Leader, one of two first-place winners, is a comparative literature major. A friend and member of the Princeton University Orchestra convinced her to enter the contest. Leader played the clarinet and sang in choirs while she was growing up but otherwise has not had a lot of exposure to classical music. She said the PUC concert she attended — the Arcanto String Quartet — was her first "serious adult concert" since coming to Princeton, and she found it very "elegant and a little intimidating."

An accomplished and prolific writer of poetry and prose, Leader is a two-time winner of the national literary prize in Luxembourg (her home country) in the under-25 category. She also is interested in literary translation, working from French and German. This summer she will meet one of her favorite contemporary poets, Jan Wagner, who contacted her after he read her prize-winning translation of one of his poems.

The rhyme scheme for her untitled winning poem was drawn from another poem she loves by Rubén Dario called "Sonatina." She said her Creative Reactions poem is intended for people who are not classical music aficionados. 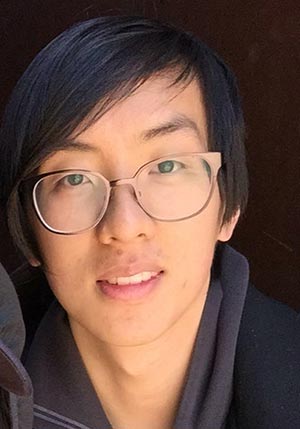 Junior David Ting, also a first-prize winner, is a history major with a field of concentration in the history of science who is also pursuing certificates in humanistic studies and European cultural studies. After graduation, he plans to attend medical school. Although he has played the piano since he was 6 years old, he stopped taking lessons when he came to Princeton. Ting said his decision to enter the contest "grew out of the pain of having dropped a practice regimen over the last three years." He is a regular concertgoer, and has attended many of PUC's piano recitals.

For the contest, he attended a PUC125 concert — a new initiative this year, in which the artist and audience are seated onstage together for an intimate musical experience — performed by pianist David Greilsammer. In his winning entry, which is a series of short poems, or snapshots, Ting said he wanted to capture the intimacy of Greilsammer's dialogue with the pieces he performed by Domenico Scarlatti and John Cage. 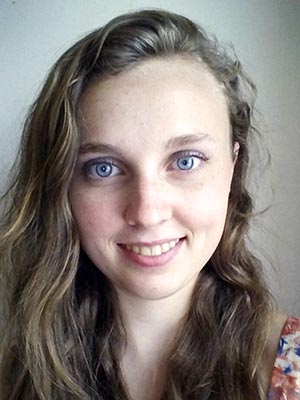 Sophomore Magdalena Collum, one of two second-prize winners, is concentrating in music and earning a certificate in humanistic studies. She plays the violin and is taking lessons with lecturer in music Sunghae Anna Lim. Collum has been a fan of classical music since the age of 5, when she started studying the piano. She has attended many concerts at Princeton but said that the Creative Reactions Contest made her hear the music differently.  She attended a concert by pianist Igor Levit and said she was immediately struck by the image of him "worshipping the piano" and this was the initial inspiration for her piece. After taking lots of notes at the performance, she tried to see the concert as a complete narrative and structured her poem to reflect this. 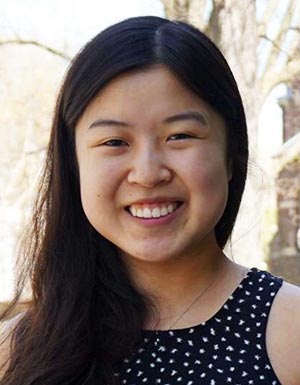 Rethinking a 'difficult relationship' with Bach

Senior Emily Tu is a comparative literature major who is also pursuing a certificate in American studies. After graduation, she will attend law school. A classical music aficionado, she has studied the piano. She also attended the Igor Levit concert and chose Bach as the subject of her Creative Reactions piece because she said she had a "difficult relationship with Bach" when she was growing up.

She was struck by the beauty of Levit's performance of Bach and thinks he may have changed her mind. "Bach's lines are clear and direct and that there is nothing to hide behind," she said. That is the essence of what she tried to capture in her piece, she said. She added that she has not attended many concerts since coming to Princeton and her musical studies have fallen by the wayside, and she is grateful to the Creative Reactions Contest for getting her back into the concert hall.