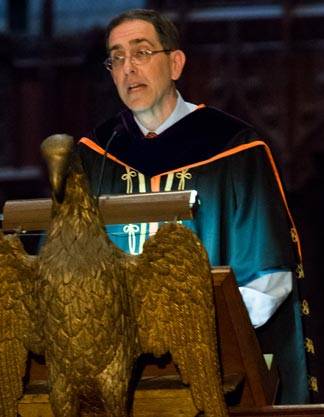 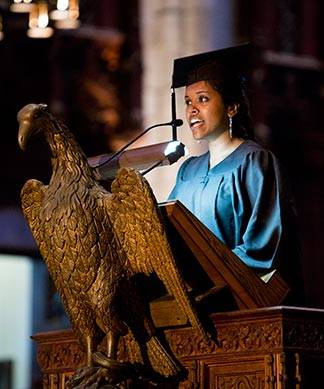 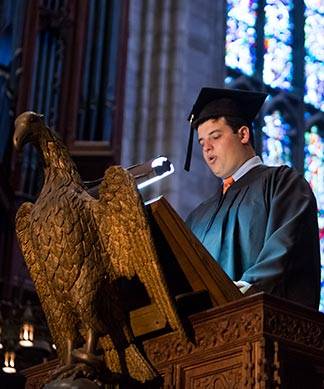 Trading the revelry of Reunions for the reverent celebration of Princeton University's 269th Baccalaureate on Sunday, May 29, the Class of 2016 began three days of festivities that will culminate with Commencement on Tuesday.

In his Baccalaureate address in the University Chapel, Randall Kennedy, a member of the Class of 1977, former Princeton trustee, and the Michael R. Klein Professor of Law at Harvard Law School, called on members of the senior class to serve as ambassadors for higher education, "embracing opportunities to advance the best versions of collegiate and university life."

"Why do I ask you to take that role?" Kennedy asked. "At least three reasons come to mind: the importance of colleges and universities; their need for help; and your position as beneficiaries of a Princeton education." 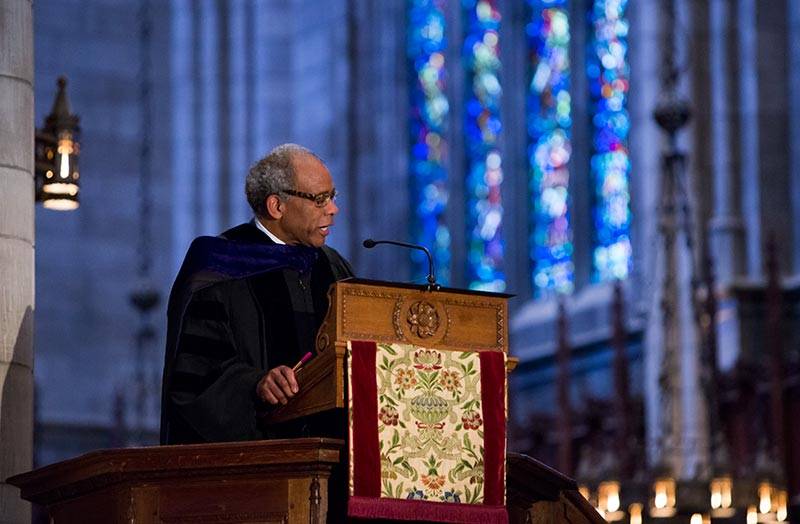 Randall Kennedy, a member of the Class of 1977, former Princeton trustee, and the Michael R. Klein Professor of Law at Harvard Law School, emphasizes the importance of supporting higher education in his Baccalaureate address.

More than 4,000 seniors, family and friends gathered for the event, one of the University's oldest traditions, which included music, blessings and readings from a range of faith and philosophical traditions.

Seniors, donning their traditional gowns and mortar boards for the first time, processed to the chapel past Cannon Green, where family and friends gathered to watch the service on large screens, and through the arches and courtyard of East Pyne, with the University flag gently swaying above. On Cannon Green, the sun shone brightly on the audience, many fanning themselves with the Baccalaureate program.

Seniors, who donned the traditional black gowns and mortar boards for the first time, capture a moment before processing to the University Chapel.

Led by banners representing the University's six residential colleges, the seniors entered the chapel beneath large colorful kites. The kites danced high over the pews, catching rays of sunshine that filtered through the stained glass windows overhead, as the chapel organ and its 7,897 pipes filled the air with soaring sounds of Aaron Copland's "Fanfare for the Common Man."

The Class of 2016 was welcomed by University President Christopher L. Eisgruber, who highlighted the event's focus on service — after encouraging the seniors to remove their mortar boards in deference to the warmth.

"At the heart of our community is the desire and responsibility to make the world a better place," Eisgruber said. "As you enter your next stage of life as a Princetonian, I know you have left our campus better than when you arrived, and that you are poised to have the same impact on the world around us. For that you have my deepest respect and gratitude." 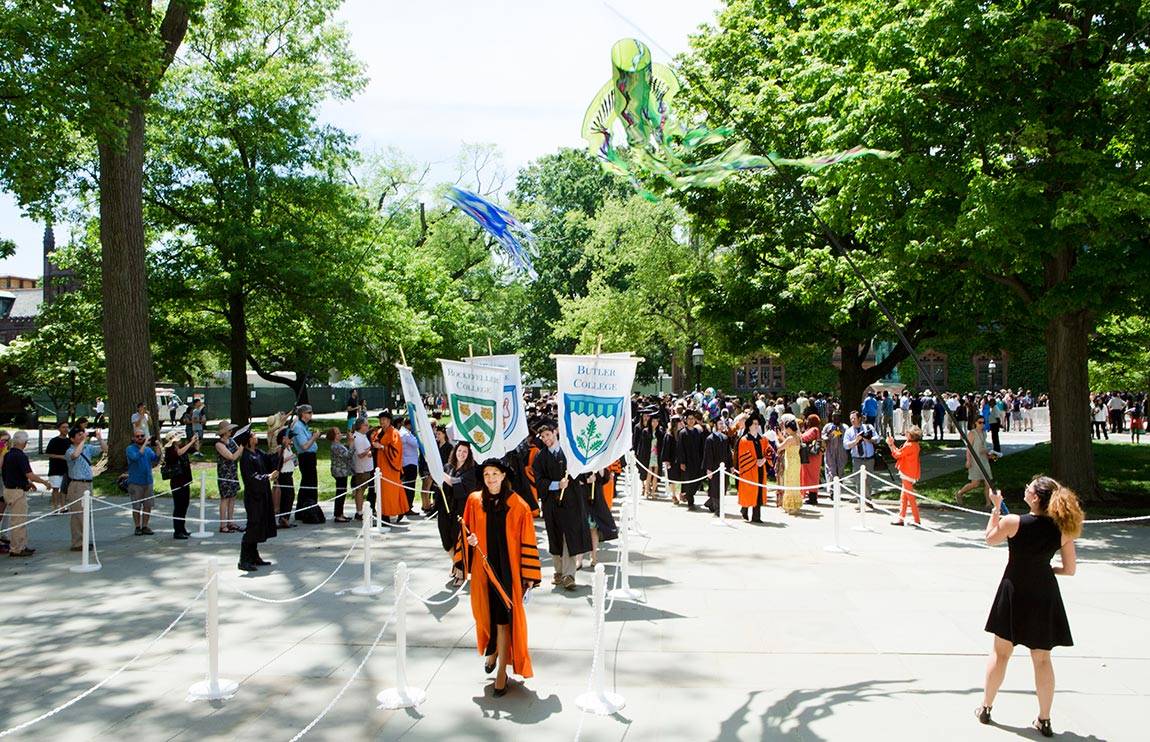 Kennedy was introduced by Eisgruber, who selected the speaker after consultation with the senior class. Kennedy, whose scholarship focuses on the intersection of racial conflict and legal institutions, served as a trustee of Princeton from 1994 to 1998 and from 2005 until his retirement from the board last year.

In making his call for seniors to serve as ambassadors for higher education, Kennedy highlighted the role of universities in American life.

"More than any other institutions in our society, they facilitate explorations of the most recondite subjects, bring to bear expertise on urgent, vexing problems, and encourage grappling with timeless questions: What are the ingredients of a life well spent? Why would a benevolent God allow children to suffer? Is there a relationship between knowledge and morality? What are the essentials of a just society?" he said.

Universities face a range of serious challenges, he said. Financial support for universities — especially those that are state-sponsored — has declined, Kennedy said, even as government regulation and bureaucracy has raised costs. Meanwhile, the value of a college education, especially in the humanities, continues to come under fire. And universities themselves often suffer from "a lack of confidence in the attractiveness — the coolness — the 'dopeness' — of their own mission," he said.

The quality of a Princeton education well-equips the seniors to advocate for higher education, he said. 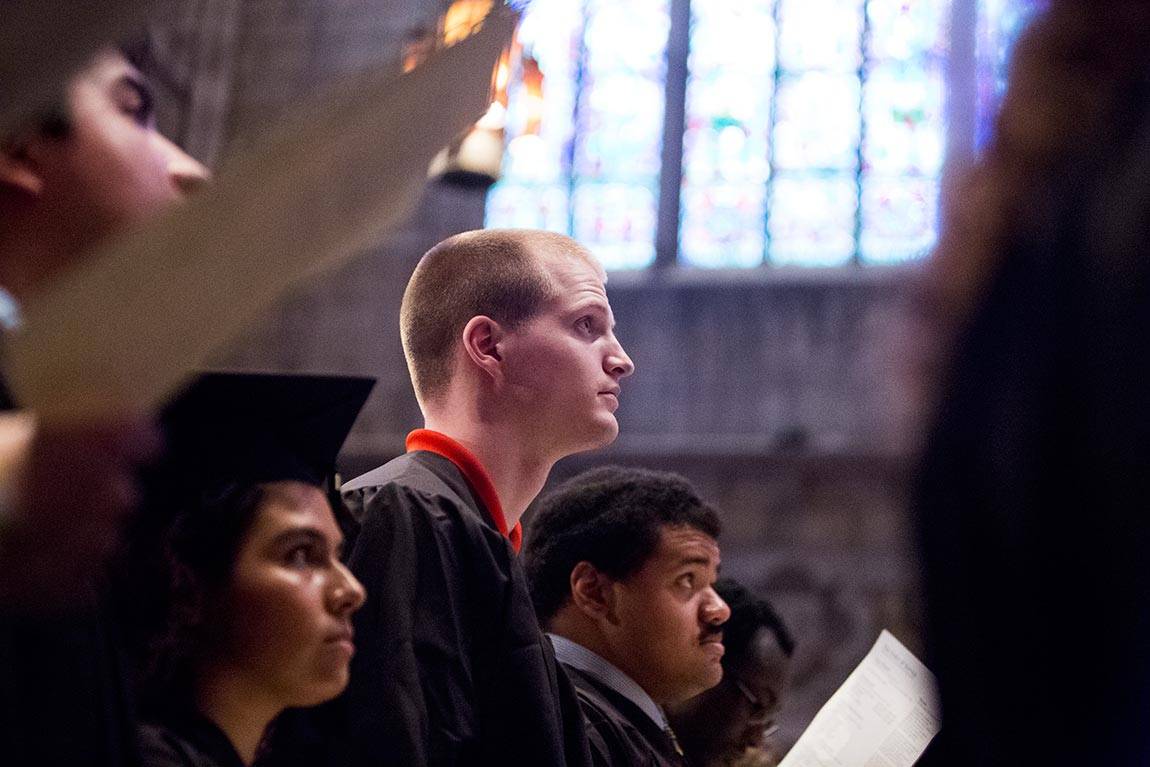 Sunday's Baccalaureate continues a tradition that dates to a 1760 address by University President Samuel Davies. It is followed by Class Day on Monday and Commencement on Tuesday.

Kennedy recalled the thrill of studying under outstanding faculty members during his own time at Princeton and establishing relationships with classmates that grew in the decades that followed graduation. Kennedy also highlighted the mentorship and friendship of President Emeritus William G. Bowen, from his undergraduate years to today.

"Princeton invests in all of its students by making available to them scholars and artists of the first rank," Kennedy said. "It bestows upon students a remarkable and admirable community, one that is more welcoming to more different sorts of people than ever before in its history."

Princeton and many other universities are unfairly characterized as politically correct places where ideas are suppressed, he said. Rather, Princeton is an open, diverse community where academic freedom and freedom of expression are fully supported. "Nowhere in America will one find environments more open to disputation than campuses like this one," he said.

Princeton isn't immune to the social ills of society, he said, but "the ethos that is ascendant here" is one that could benefit the country and the world. "We would be better off because the dominant spirit animating Princeton is one that loves learning, venerates excellence, champions questioning, tolerates complexity, embraces empathy and abhors tyranny."

The Baccalaureate service will be available for viewing online. End-of-the-year activities will continue with Class Day and the Hooding ceremony for advanced-degree candidates on Monday, May 30, and Commencement on Tuesday, May 31. 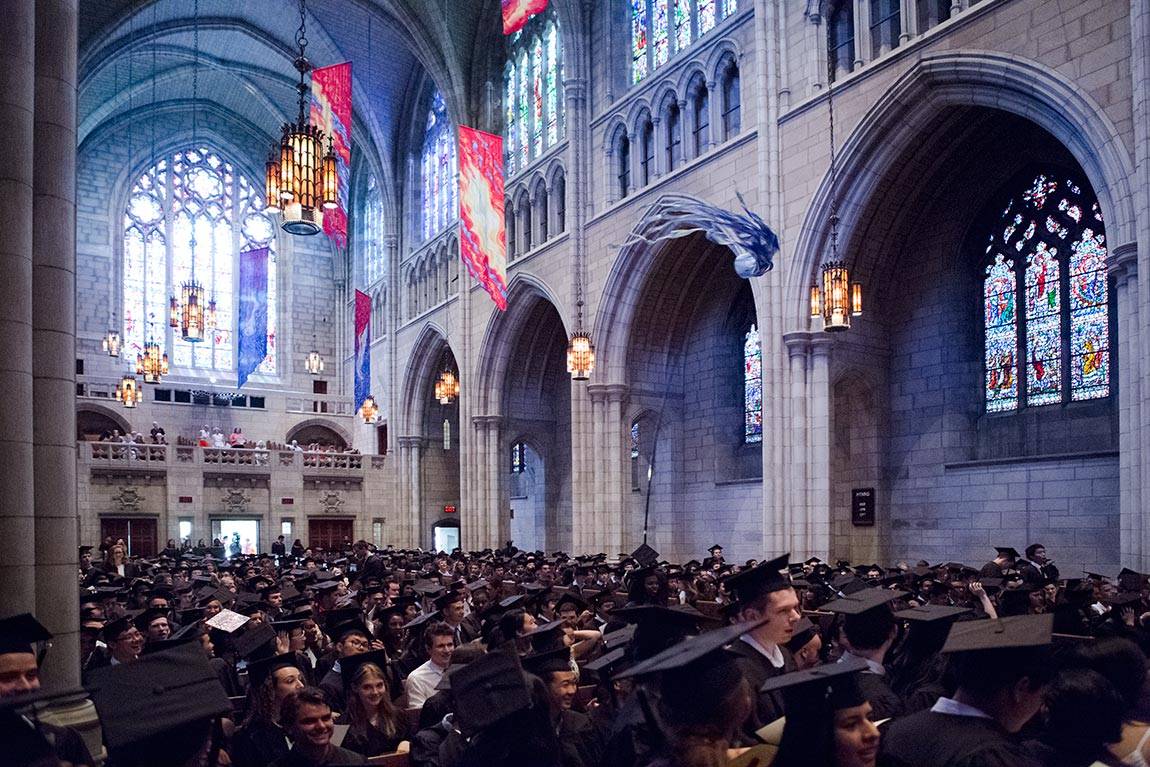 Rainbows of light shine through the stained glass windows of the chapel as seniors take their seats to begin the service. 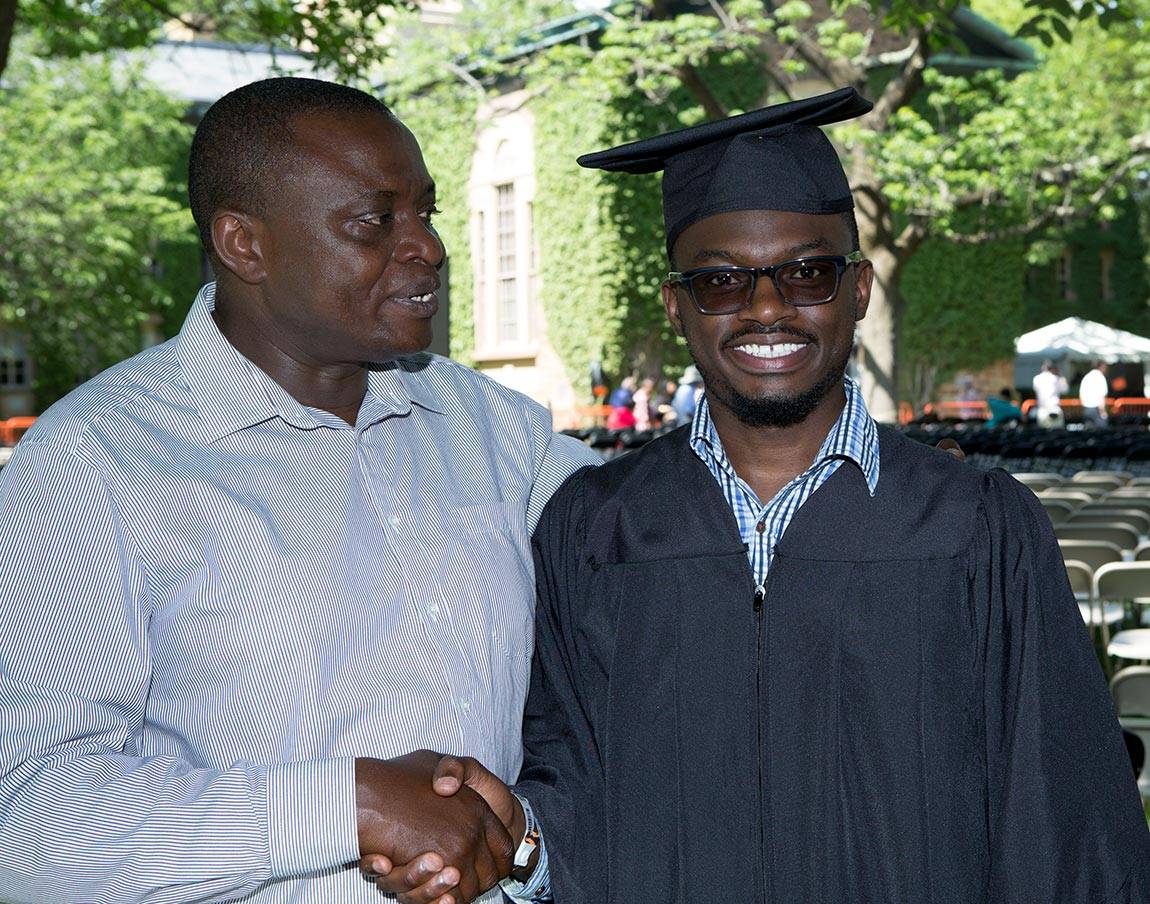