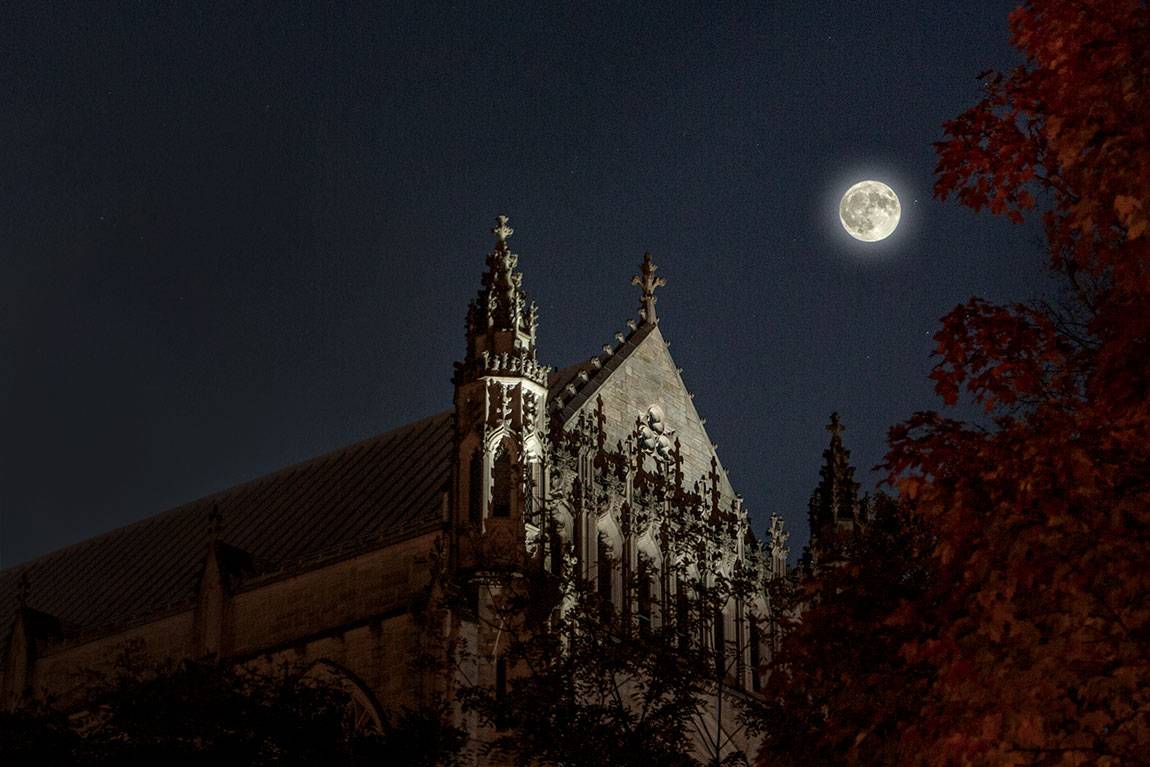 The Princeton University Chapel, a prime example of Princeton's Collegiate Gothic architecture, is visible in "Moon Over the Chapel," a composite of photos by Denise Applewhite and Nick Donnoli, Office of Communications.

Princeton University students are on fall break this week, but with our official colors being orange and black, and with our hauntingly beautiful Collegiate Gothic architecture, the campus has Halloween spirit throughout the year.

Collegiate Gothic architecture became the official style during a building boom on campus in the early 20th century, as the University positioned itself in the tradition of the intellectual and stylistic excellence of England's Cambridge and Oxford universities. Characteristics of Collegiate Gothic architecture include gargoyles and grotesques, towers and spires, stone wall masonry and limestone carvings, copper and wood detailing, pointed arches and recessed entryways, and quadrangles.

Some of the buildings in this style include Blair Hall, East Pyne and the Graduate College. Completed in 1928, the Princeton University Chapel is a striking example of the Collegiate Gothic style that pulls from English and French designs in a unique way.

The current renovation of the Julis Romo Rabinowitz and Simpson Buildings, previously known as 20 Washington Road and built in 1929, preserves Collegiate Gothic features such as the stone façades and wood-paneled library. Whitman College's cluster of dormitories, completed in 2007, are the most recent campus structures built in the Collegiate Gothic style.

On this Halloween, follow some of our walking tours of Princeton's Gothic and grotesque sites.