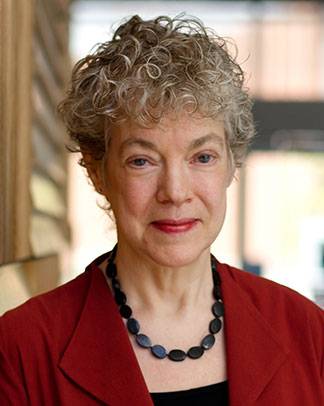 (Photo by Sameer A. Khan/Fotobuddy)

Banding together as a nation is often lauded for getting through challenging times, but a new study published by Princeton University and global collaborators finds that both harmony and conflict unify nations' identities.

In a paper published in Proceedings of the National Academy of Sciences (PNAS), researchers show that peace brings people together in Scandinavian countries, who are united by harmonious shared identities. In conflict-ridden war zones like the Middle East, groups band together against other groups for a united cause.

In places where there is a mix of indigenous people and immigrants, like the United States and Latin America, intergroup relations are more challenged. This has resulted in more ambivalent stereotypes about "in" and "out" groups. Yet, when external friction arises, the country may band together — as seen after the terrorist attacks of 2001 or during World War II.

"In the United States, a nation of immigrants, we have a much more complex national story to tell," said senior author Susan Fiske, the Eugene Higgins Professor of Psychology and professor of psychology and public affairs at Princeton's Woodrow Wilson School of Public International Affairs. "We see various poor groups as both deserving and undeserving, and the same goes for the rich. This reflects stark inequality among the population."

Fiske along with lead author Federica Durante of the University of Milan at Biococca, Italy, and their co-authors examined more than 4,000 people across 38 countries to determine whether ambivalent stereotypes — assumptions that many groups have both negative and positive qualities — correlated with each nation's peace, conflict and equality.

According to Fiske's earlier work, stereotypes fall along two dimensions: warmth (sociability, sincerity) and competence (capability, skill). For example: a nice group can often be perceived as warm but incapable while a competent group is viewed as intelligent but cold.

Applying this on a country-level scale, Fiske and her co-authors mapped each country's groups on warmth and competence and assessed the degree of ambivalence, or mixed stereotypes. Then, using the Global Peace Index, a guide produced by the Institute for Economics and Peace, the researchers measured the relative position of nations' peacefulness. They combined all of this with the Gini index, which measures income inequality.

The results revealed that in low-conflict countries, like Switzerland, the in-group is favored, while outsiders — like refugees, nomads and undocumented immigrants — are excluded. In conflict-ridden war zones like Pakistan, groups band together against other groups for a united cause. The in-group consists of Muslims in general and educated people, while Christians in Pakistan are viewed as foes. In both cases, these perceptions reinforce peace and conflict, respectively, while also enforcing overall unity.

More complex dynamics are seen in countries like the United States, which fits neither extreme of peace or conflict; the United States is not involved with a civil war, nor an all-out international war. This intermediate position intersects with America's long history of receiving immigrants, which has resulted in ambivalent views of social groups.

"Because we are pluralistic, our society requires a balancing act: We can't achieve unity through homogeneity, because we aren't," Fiske said. "We can however view multi-ethnic intergroup relations in our unequal society as complicated and sometimes ambivalent. The unacceptable option, in my opinion, would be dividing into a high-conflict, unequal society that pits 'us' against 'them.'"

The researchers note some limitations with the data. While the results are statistically significant, the differences between countries are medium by social science standards, Fiske said. Other explanations for ambivalent stereotypes await discovery. Broad-brush conclusions do not necessarily capture each stereotype within a country, the researchers noted. Longitudinal surveys, which follow countries over time, could provide more appropriate evidence.

The paper, "Ambivalent stereotypes link to peace, conflict, and inequality across 38 nations," was published online Jan. 9 in PNAS. A Department of Justice subcontract supported some data.