Published Jan. 11 in the journal Science Advances, the findings are based on an analysis performed at Princeton of the mineral zircon brought back from the moon in 1971 by NASA's Apollo 14 mission.

The moon's age has been a hotly debated topic, said first author Mélanie Barboni, a UCLA research geochemist who began the work as a postdoctoral researcher at Princeton under co-author Blair Schoene, a Princeton associate professor of geosciences. The age of the moon helps date the Theia Impact, a theoretical — though widely accepted — theory that the moon was created roughly 4.5 billion years ago from debris created by the collision of Earth and a Mars-sized planet known as Theia. Knowing an approximate date for the impact would allow scientists to estimate when life on Earth began, Barboni said. 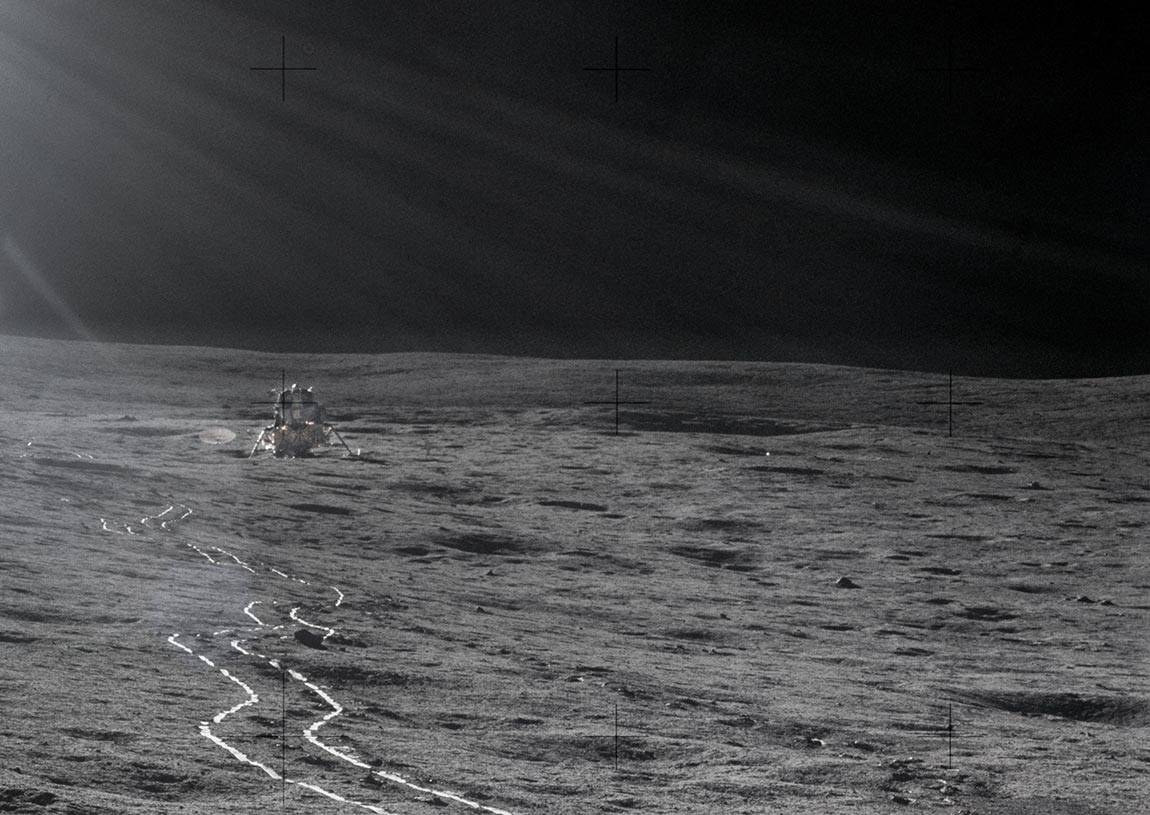 Researchers at Princeton University and the University of California-Los Angeles have found that the moon is at least 4.51 billion years old, or 40 million to 140 million years older than scientists previously thought. The findings are based on an analysis performed at Princeton on zircon samples brought back from the moon in 1971 by the Apollo 14 mission (pictured). Princeton's isotope dilution thermal ionization mass spectrometry (ID-TIMS) lab was the first such lab in the world to date Apollo zircons. (Photo courtesy of NASA)

"The age of the moon is the only way we have to date when the Theia Impact occurred, which is critical for several reasons," Barboni said. "The Earth we know today only started to develop after that impact. So, if the impact was late, then life could only have developed late as well. But our age for the moon places the impact really early, which would have allowed a hospitable Earth to develop much earlier as well."

Scientists cannot know what occurred before the collision with Theia because "whatever was there before the giant impact has been erased," she said. But the Princeton-UCLA findings could help scientists continue to piece together major events that followed it.

Generally, the findings could help in understanding how long planets take to fully form, Barboni added. The newest research would mean that the moon formed "only" about 60 million years after the birth of the solar system — an important point because it would provide critical information for astronomers and planetary scientists who seek to understand the early evolution of the Earth and our solar system. 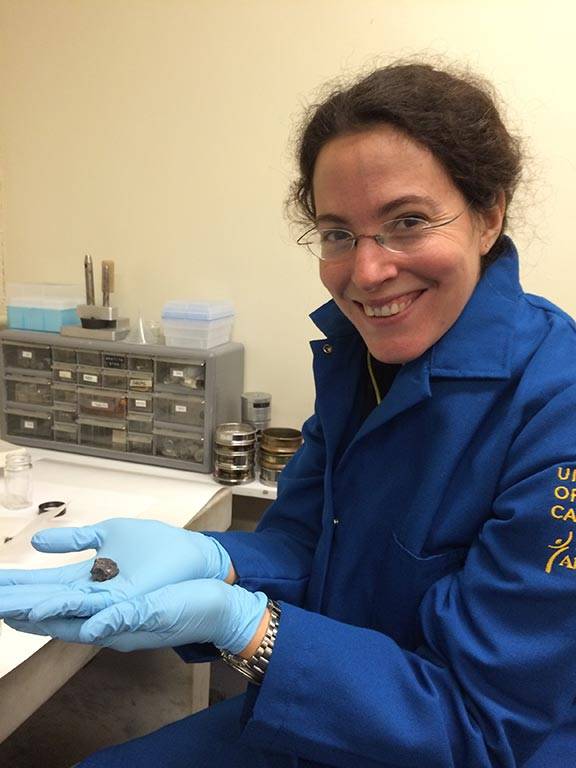 First author Mélanie Barboni (above, holding a moon sample), a former Princeton postdoctoral researcher in geosciences now at UCLA, examined at Princeton how the uranium contained in the moon zircon had decayed to lead. Then, using a mass spectrometer at UCLA, Barboni and her co-authors observed how the lutetium the zircons contained had decayed to an element called hafnium. The rates at which these respective elements decay provide a geological history of the moon. (Photo courtesy of Mélanie Barboni, UCLA)

Barboni and her co-authors analyzed eight pristine moon zircons to determine the moon's age, first in Schoene's Princeton lab then at UCLA. The researchers initially examined how the uranium contained in the zircon had decayed to lead by using a technique called isotope dilution thermal ionization mass spectrometry (ID-TIMS). (The Princeton ID-TIMS lab was the first such lab in the world to date Apollo zircons, Barboni said.) Then, using a mass spectrometer at UCLA, the researchers observed how the lutetium the zircons contained had decayed to an element called hafnium.

The rates at which these respective elements decay provide a geological history of the moon. Scientists believe most of the moon's surface was covered with magma right after its formation. The uranium–lead measurements reveal when the zircons first appeared in the moon's initial magma ocean, which later cooled down and formed the moon's mantle and crust; the lutetium–hafnium measurements reveal when its magma formed, which happened earlier.

"Zircons are nature's best clocks," said co-author Kevin McKeegan, a UCLA professor of geochemistry and cosmochemistry. "They are the best mineral in preserving geological history and revealing where they originated."

Previous studies concluded the moon's age based on moon rocks that had been contaminated by multiple collisions, McKeegan said. Those rocks indicated the date of some other events, "but not the age of the moon," he said.

Co-authors of the study include Patrick Boehnke, a former UCLA graduate student who is a University of Chicago postdoctoral scholar; Brenhin Keller, a former graduate student in Schoene's research group who is a postdoctoral scholar at the University of California-Berkeley; Issaku Kohl, a UCLA research geochemist; and Edward Young, a UCLA professor of geochemistry and cosmochemistry.

The paper, "Early formation of the Moon 4.51 billion years ago," was published Jan. 11 by Science Advances. The research was funded by NASA and the Swiss National Science Foundation.