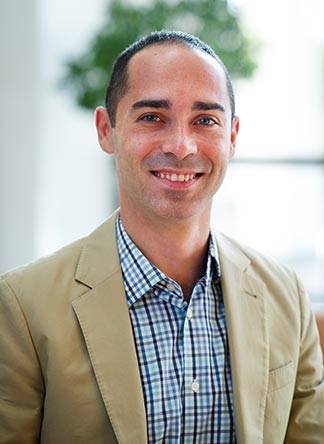 Pollution from the controlled fires that burn across Brazil's São Paulo state during the sugarcane-harvesting season has a negative impact on infant health nearby. But the health of those same infants likely benefits from the economic opportunities the fires bring to their parents.

Researchers at Princeton and Duke universities gathered information from satellites, pollution monitors and birth records to untangle those competing influences and accurately measure the impact of pollution from the fires. They found that exposure to pollution from the fires in the last few months of gestation leads to earlier birth and smaller babies, and they found some evidence of increased fetal mortality. Conditions in early life, including in utero, have been shown to affect children's long-term outcomes, not only in terms of health but also their educational and economic success.

The findings suggest that policymakers in Brazil and across the developing world should pay more attention to the negative health impact of pollution from fires that are often part of traditional farming techniques, even though the pollution doesn't usually reach levels considered dangerous by industrial standards.

"Policymakers often think about heavily polluted cities like Beijing or New Delhi, but our results show that these agricultural fires are consequential," said Tom Vogl, an assistant professor of economics and international affairs at Princeton.

Brazil is the world's leading producer of sugarcane, and São Paulo state accounts for more than two-thirds of the nation's production. The traditional approach to harvesting begins with burning the fields to remove straw and other materials, leaving the cane to be cut by hand. Although mechanized harvesting, which doesn't use fires, is becoming more common in Brazil, traditional techniques are still widely used there and across the developing world. 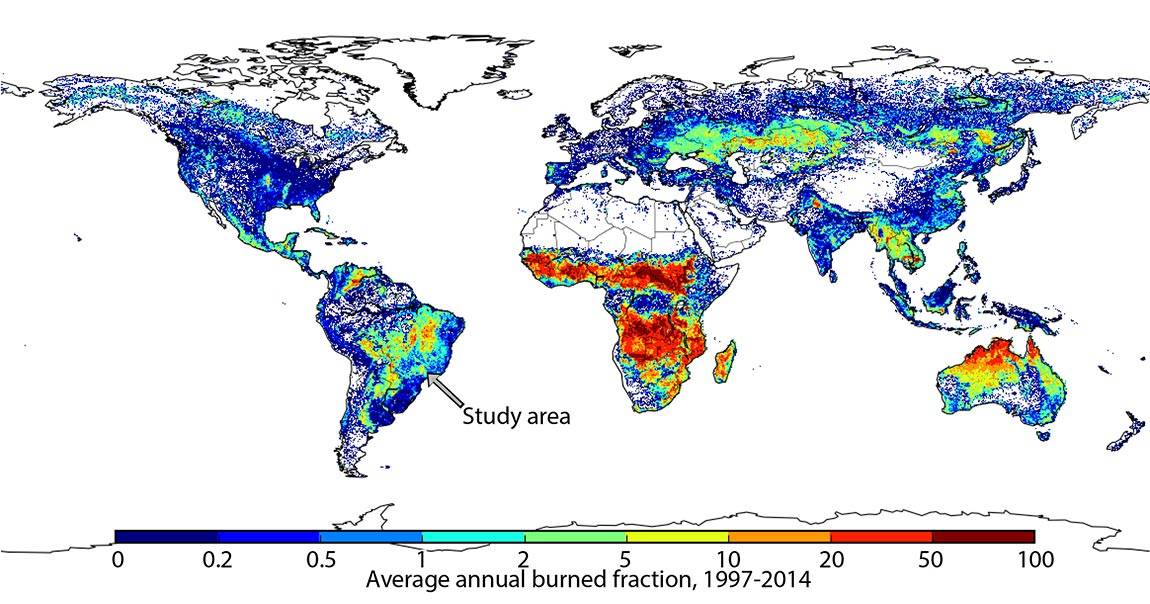 This map shows the average share of each 0.25 longitude by 0.25 latitude square that burned annually from 1997 to 2004. The researchers’ study site is located in south-central Brazil, where a regional hot spot in fire activity can be seen. (Map source: Global Fire Emissions Database, http://www.globalfiredata.org/)

The researchers used remote-sensing data from satellites to track fires, which burn throughout the six-month harvesting season. That data was combined with pollution and weather information collected by 13 air-quality monitoring stations.

"We would get the answer completely wrong if we just looked at the relationship between fires and infant health in general," Vogl said. "The reason is that these agricultural fires are necessarily connected with economic activity. When there's more sugarcane harvesting, there are more fires. And when there is more sugarcane harvesting, people have higher incomes, which can be good for kids and kids' health."

"Our results point to a dirty side of clean fuel policies in Brazil," Rangel said. "To some extent, the incentives for ethanol production for cleaner fuel in urban areas have considerable side effects on the population and future generations in the production areas.

"By appropriately measuring how much ill comes with the blessings of a strong agricultural cycle, our work highlights the need for evidence-based policies across the globe," Rangel said.

Prashant Bharadwaj, an assistant professor of economics at the University of California-San Diego who studies development and labor economics, said the research helps fill an important gap by looking at persistent, moderate pollution like that from agricultural fires.

"Controlled burns for the purposes of agriculture are very popular in developing countries where the density of population near agricultural areas is also large; hence, their study has important implications for not only large parts of the world, but also for the significant portion of the world's population that resides in poorer agricultural settings," Bharadwaj said.

Vogl said the researchers, who began their collaboration when Rangel was a visiting professor at Princeton, are working to apply the same technique to examining agricultural fires in Africa.

Financial support for the research came from Princeton's Health Grand Challenge, a research and teaching program that seeks solutions to the pressing problems of global health and infectious disease. Funding was also provided by the Duke Population Research Center under National Institutes of Health award number 2P2CHD065563.