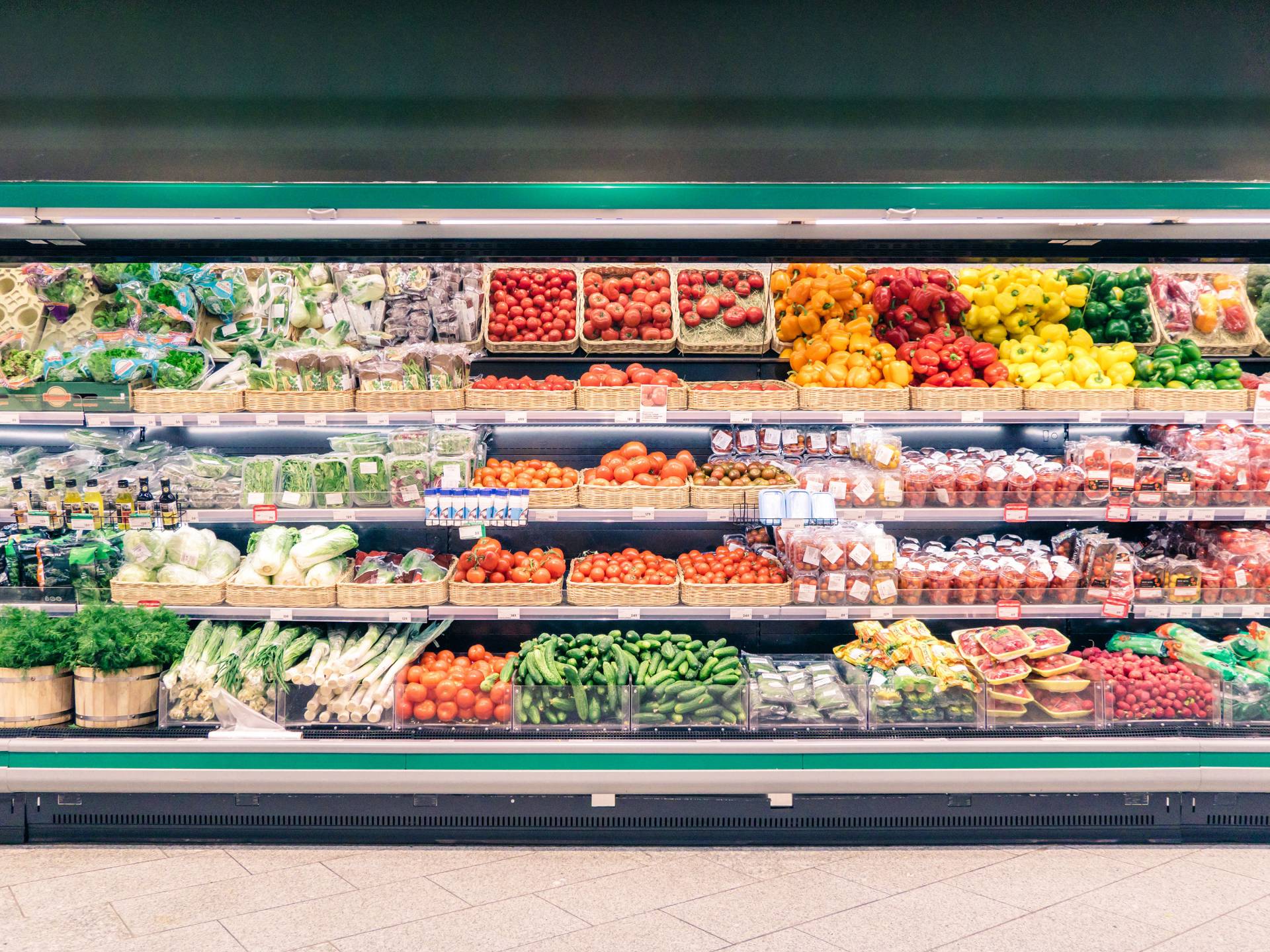 Focusing on urbanization as a key driver of environmental change in the 21st century, researchers at Princeton have created a framework to understand and compare cities’ food systems and their effects on climate change, water use and land use. The research will allow planners to estimate the impact of a city’s food system and evaluate policy actions.

The COVID-19 pandemic reinforces the importance of urban systems for health and sustainability. From March 27-28, the online conference (please register online by March 25) "Urban Sustainability Transitions in India and the World: Advancing Science and Technology," will discuss such issues. This is the first annual conference of Princeton's M.S. Chadha Center for Global India.

“Our approach reveals differences between urban food systems both within and across countries,” said co-author Anu Ramaswami, the Sanjay Swani ’87 Professor of India Studies, professor of civil and environmental engineering and the Princeton Environmental Institute. “Despite these differences, we now have a common methodology to identify which policies would result in what levels of environmental mitigation.”

The study analyzed the greenhouse gas emissions, water use and land use of food systems for two metropolitan areas in India, Delhi and Pondicherry; and two in the United States, New York and Minneapolis. The results highlight the impacts of differences in meat consumption between Indian and U.S. cities, as well as differences in food processing. Comparing the two Indian cities shows contrasts in diets, supply chains and local production levels.

In general, dietary changes and waste management emerged as the most effective ways to shrink cities’ food footprints, with specific beneficial changes differing among cities, the researchers reported in a paper published Jan. 30 in the Journal of Industrial Ecology. Ramaswami co-wrote the study with Dana Boyer, research and development manager in the Sustainable Urban Infrastructure Systems Lab in the Department of Civil and Environmental Engineering and the Princeton Environmental Institute.

In coming decades, cities, particularly in the developing world, are expected to experience unprecedented growth. For instance, the United Nations projects that India will add more than 400 million urban dwellers by 2050.

The study is part of an ongoing effort by Ramaswami and colleagues to advance research and practice in urban sustainability. Ramaswami directs the National Science Foundation-supported Sustainable Healthy Cities Network, a collaboration of university researchers with industry and policy partners. In a recent commentary, Ramaswami outlined seven types of infrastructure, including food systems, that cities should consider when looking to improve outcomes for the environment as well as for human health, equity and well-being. 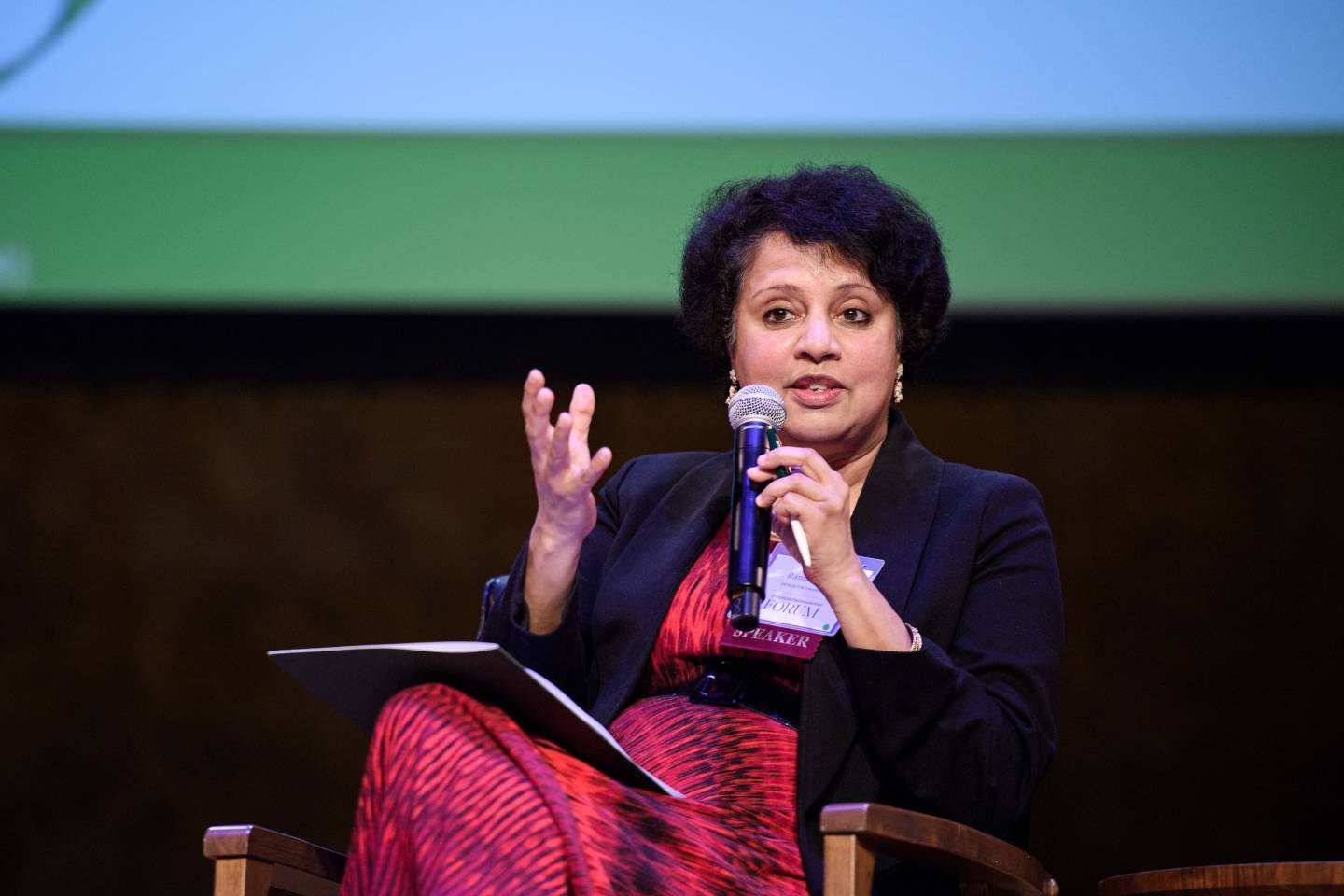 Anu Ramaswami, the Sanjay Swani ’87 Professor of India Studies who is also an engineer, speaks about the importance of reimagining cities and urban infrastructure at the Princeton Environmental Forum in October 2019.

In the Industrial Ecology paper, the researchers selected the four cities to provide contrasts in population size, infrastructure, diet and other characteristics, with the aim of creating a generalizable approach. In addition to dietary changes and waste management, the study assessed the potential footprint reductions of policies to promote urban agriculture or change food preparation methods.

In New York and Minneapolis, the study showed that changing residents’ diets by replacing all meat consumption with lentils and legumes could reduce land use by more than half, and could also cut greenhouse gas emissions by 34% and water use by as much as 24%. Even replacing beef and mutton with poultry and pork could achieve nearly the same footprint reduction. While these are idealized scenarios that involve 100% implementation, they can give policymakers a starting point for encouraging meaningful changes, said Boyer.

In India, meat consumption is far lower than in the United States — an annual average of just 4 kilograms (8.8 pounds) per person in Delhi and 16 kilograms (35 pounds) in Pondicherry, compared with the U.S. average of approximately 59 kilograms (130 pounds). However, in India rice is a significant contributor to greenhouse gas emissions and land use. The study showed that switching from rice to wheat could decrease both Delhi’s and Pondicherry’s food footprint.

Improving food waste management could have benefits in all four cities, although the most useful ways to reduce waste differed based on the nature of waste accumulation in the respective countries, the researchers found. In the United States, eliminating avoidable (edible) household food waste could reduce both water and land use by about 18% in Minneapolis and 11% in New York, and could reduce greenhouse gas emissions by about 10% in both cities. In India, however, pre-consumer food waste is a much larger problem, as infrastructures for harvesting, transportation and food storage are less efficient. Tackling these issues has the greatest potential to reduce the environmental impacts of India’s food systems.

Notably, the study found that increasing urban agriculture, whether through conventional farming or vertical farming techniques, would have negligible environmental impacts. This is because food transport accounts for at most 10% of food-related greenhouse gas emissions in New York, Minneapolis and Delhi, and much less in Pondicherry, which is surrounded by agricultural production and processing industries.

“Many cities are holding up urban agriculture as an approach to decreasing the [greenhouse gas] emissions in their food system,” said Boyer. “This is not to negate the other benefits that it might have in terms of education or exercise or just having an enjoyable connection with your food. But our study really puts the emphasis on cities figuring out ways to address diet change, and to some extent food waste management if they are to make meaningful reduction to their food system emissions.”

Looking at the environmental footprints of entire food systems also reveals the importance of food processing, which accounts for about 20% of food system greenhouse gas emissions in the U.S. cities. In Indian cities, the emissions associated with food processing are relatively negligible, but some policymakers have proposed increasing food processing as a way to decrease food waste. The benefits of decreasing waste could be offset by the rise in emissions from the energy used for food processing.

“The indicators and approach in this study are exciting in that they should be largely replicable, and provide a feasible approach to addressing major gaps in data availability — and also because using this approach enables creation of comparable data across diverse cities and contexts,” said Roni Neff, an associate professor at the Johns Hopkins Bloomberg School of Public Health, who was not involved in the study. “From the practice side, creating a tool to enable cities to perform such modeling in their own context would be a valuable addition, and could also contribute to development of a large database of city-level data.”

Boyer and Ramaswami also plan to examine the ease of implementation of policy options. For example, in Pondicherry switching diets from rice to wheat could achieve about the same reduction in land use as reducing pre-consumer food waste, but the latter might be more feasible than the former. In U.S. cities, on the other hand, lowering meat consumption might be more realistic than curbing food waste.

“What I think is really challenging, but also useful, in the United States is just how quickly we are into the newest [food] fad,” said Boyer, whereas in India even a shift from white rice to brown rice “can have a really significant impact on someone’s everyday life. Food is much more ingrained in the cultural fabric and food traditionally has much more meaning beyond just taste and fad.”

Ramaswami and Boyer came to Princeton in 2019 from the University of Minnesota in Minneapolis, where they are continuing a partnership with the city government to pilot a food action plan aimed at improving environmental sustainability and public health. The project combines research with community engagement.

“Our research gives us a method to inform the environmental aspects of urban food system actions, but the food system is very multifaceted, said Boyer. “There’s cultural aspects, there’s health aspects, equity considerations. So, this is one tool that we can pair with other tools to inform a holistic food action plan.”

This work was supported by a Partnership in International Research and Education Award and a Sustainability Research Network Award from the U.S. National Science Foundation.