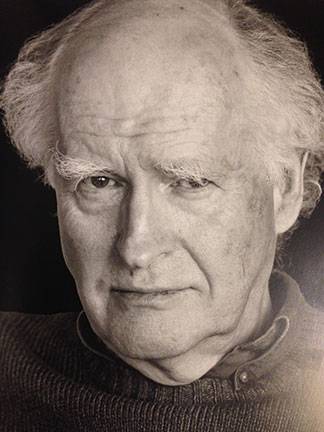 Photo by Mariana Cook, “Mathematicians: An Outer View of an Inner World”

Princeton University Professor of Mathematics John Mather, remembered as a "great mathematician" with a reserved and pleasant demeanor, died Jan. 28 of complications from prostate cancer at his home in Princeton. He was 74.

Mather specialized in differential topology and dynamical systems. After receiving his Ph.D. in mathematics from Princeton in 1967, Mather, as an associate professor at the Institute of Advanced Scientific Studies in France, soon distinguished himself when he proved a conjecture by renowned French mathematician René Thom. Mather and Thom went on to develop the Thom-Mather isotopy theorem, one of many influential theorems in topology and dynamics that bear Mather's name. Others include the Mather-Thurston theorem and the Aubry-Mather theory.

Charles Fefferman, Princeton's Herbert E. Jones, Jr. '43 University Professor of Mathematics, knew Mather since they were both graduate students at Princeton in the 1960s. While they did not study the same field, Fefferman followed Mather's work and appreciated his exceptional talent, he said.

"He was a great mathematician. If you were not well enough informed in math to know how much he had done, there was no clue from his behavior that he was a great man. He was modest and self-effacing," he said. "Because of his introverted personality, one had to work hard to talk about John's work with him. It was an effort amply repaid, but you had to put in the effort. I'm very happy to have put in the effort."

In the 1970s, Fefferman was part of a successful effort to lure Mather to Princeton from Harvard where he had been a professor since 1969. "We're always on the lookout for first-rate talent and it was clear very early, perhaps from his days as a grad student, that John was so good it would be a coup to bring him here," Fefferman said.

In 1975, Mather, then 32, joined the University faculty as a full professor. In the 2009 photo book, "Mathematicians: An Outer View of the Inner World," Mather, who had lived in Princeton since age 2, said, "After four years at Harvard, I decided that I liked Princeton better." His father, Norman Mather, was a Princeton professor of electrical engineering and they became the University's first father-son professors since 1932. 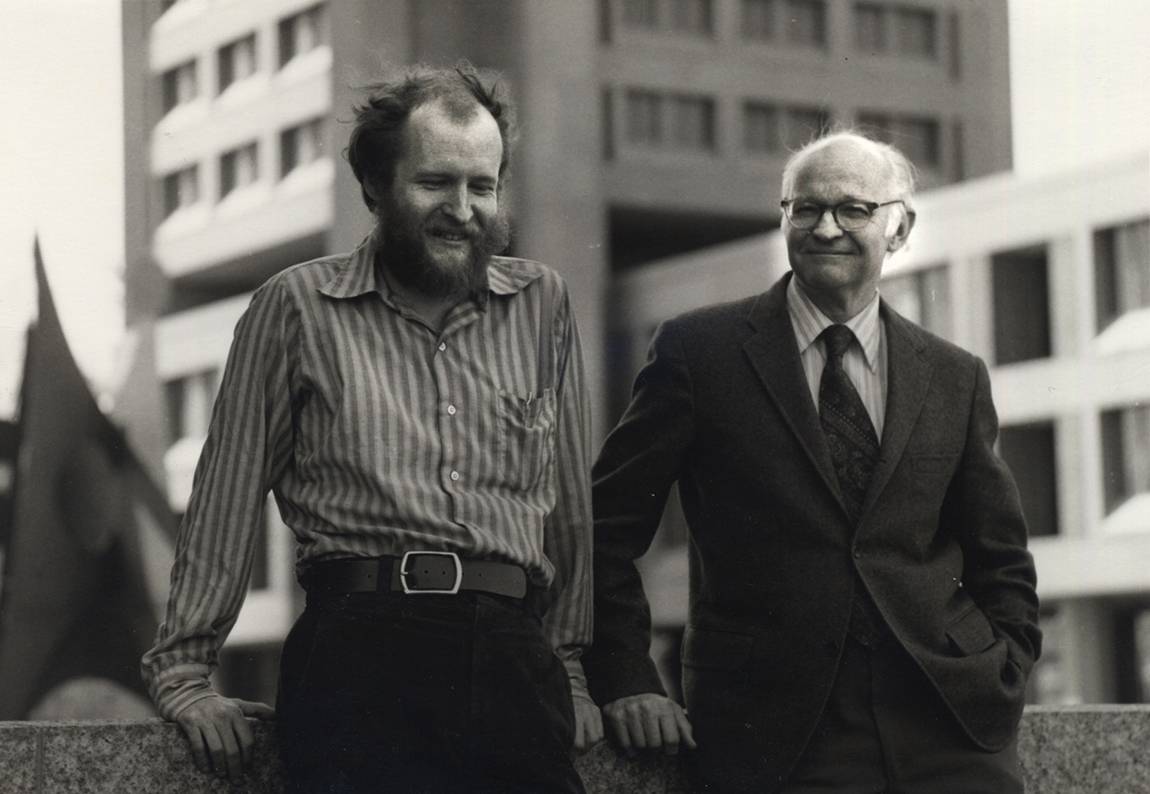 In 1975, Mather (left), then 32, joined the Princeton faculty as a full professor. His father, Norman Mather (right), was a professor of electrical engineering and they became the University's first father-son professors since 1932. (Photo from the Office of Communications archives)

Vadim Kaloshin, a professor of mathematics at the University of Maryland who was Mather's graduate student, recalled weekly meetings with Mather at which they would freely share ideas and insights. During one session, Mather made a comment that became the crux of Kaloshin's Ph.D. thesis wherein he solved a 30-year-old conjecture posed by American mathematician Stephen Smale.

"His questions and comments pushed me toward the solution to this conjecture. He made an important comment that later became a central part of my thesis," said Kaloshin, who received his doctorate from Princeton in 2001. "Once he started talking, it was very interesting because he was extremely knowledgeable. He also would be willing to listen, which to me is a great quality."

Kaloshin had regular contact with Mather since leaving Princeton. He would email or visit his mentor a few times each year, and they would see each other at conferences where Mather would be revered for his work, particularly in dynamical systems. "His death is a big loss for our community worldwide because he was one of the leaders in this field," Kaloshin said. "He leaves a big void."

Mather's daughter Mara, a professor of gerontology and psychology at the University of Southern California, said that her father was modest about his accomplishments and rarely discussed his work at home. (Mara said that when Mather was asked to speak after receiving the National Academy of Sciences' 1978 John J. Carty Award, he reportedly stood and said, "Thank you.")

Outside of work, her father loved and would readily discuss history and politics, she said. He was the kind of person that family members knew they could count on.

"It was great to get him engaged in conversation," said Mara, who received her Ph.D. in cognitive psychology from Princeton in 2000. "He knew an incredible amount about history and politics. He really enjoyed talking about those things. He enjoyed humor. He was a very pleasant person.

"He was a very sweet person, very kind and generous," she said. "He was the kind of person who I absolutely knew would do the right thing. He was very helpful to family members in need."

Mather was born in Los Angeles on June 9, 1942. He was a descendent of the Boston Puritan minister Richard Mather, grandfather to the famous Cotton Mather. Intrigued by logarithms at age 6, Mather excelled in mathematics at Princeton High School. During his senior year, Mather was accepted into and did perfect work in a college-junior-level abstract algebra course at the University taught by professor of mathematics Ralph Fox. Mather graduated from Harvard with his bachelor's degree in mathematics in 1964. As an undergraduate, he twice placed in the top 10 in the William Lowell Putnam Mathematical Competition.

Mather received numerous awards for his work, including the Birkhoff Prize in Applied Mathematics from the American Mathematical Society (2003); a Guggenheim Fellowship (1989); the John J. Carty Award from the National Academy of Sciences (1978); and a Sloan Fellowship (1970). Mather also was a member of the American Mathematical Society and the National Academy of Sciences, among other organizations.

A memorial conference in Mather's honor is being planned by the Department of Mathematics.