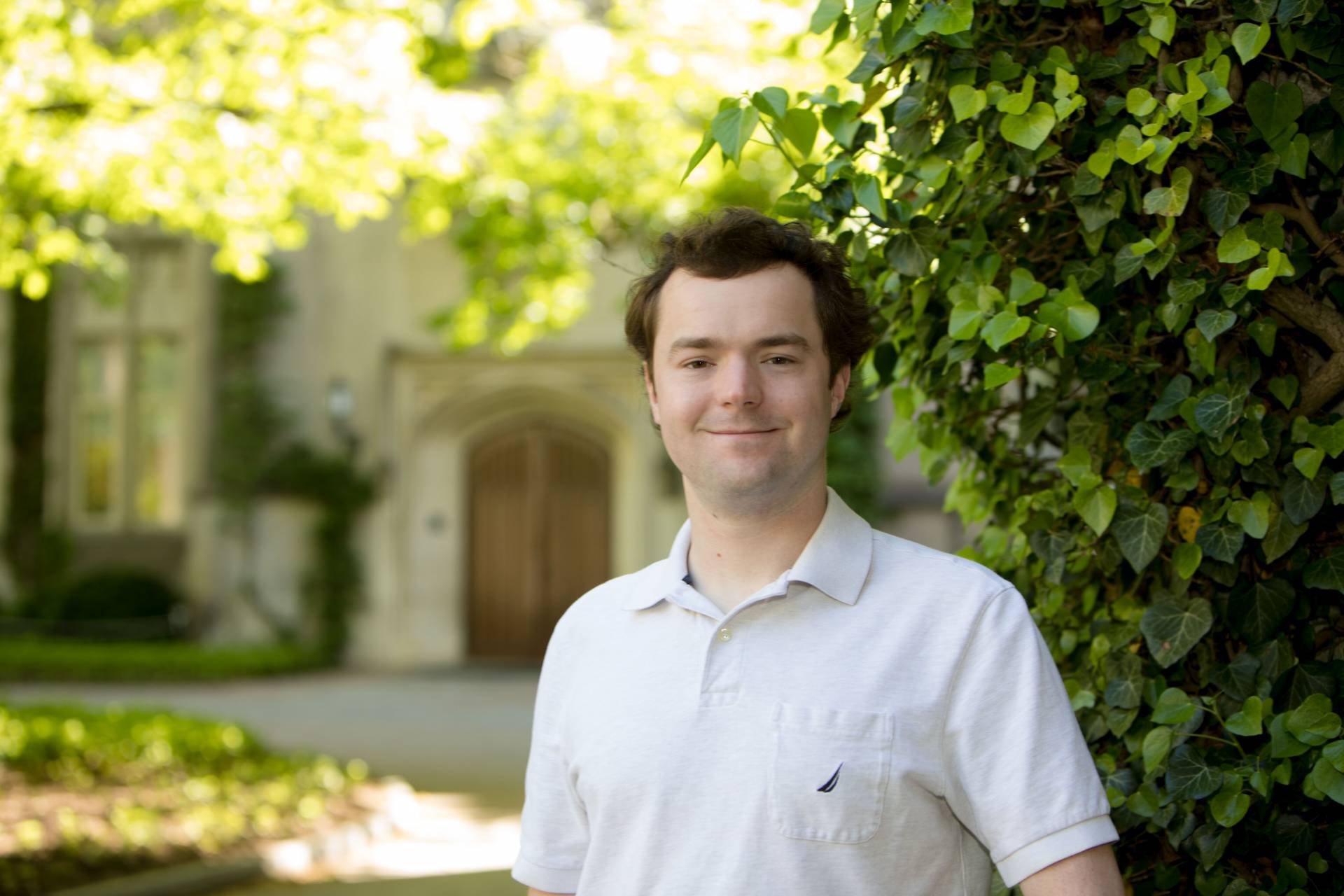 It was Grant Storey’s time at Princeton University that allowed him to examine the intersections between two seemingly unrelated fields — computer science and classics. At Commencement on Tuesday, June 6, Storey will receive a B.S.E. in computer science and a certificate in Roman language and culture, and will follow the University tradition of delivering a speech in Latin as salutatorian of the Class of 2017.

It was Grant Storey's love of languages that drew him to computer programming in middle school and Latin in high school. But it was his time at Princeton that allowed him to examine the intersections between these two seemingly unrelated fields — computer science and classics.

At Commencement on Tuesday, June 6, Storey will receive a B.S.E. in computer science and a certificate in Roman language and culture, and will follow the University tradition of delivering a speech in Latin as salutatorian of the Class of 2017.

Storey, who is from Berkeley, California, was awarded the Shapiro Prize for Academic Excellence his freshman and sophomore years and was elected to Phi Beta Kappa last fall. He received a Best Poster Award for his junior independent project and is a member of Tau Beta Pi, the engineering honor society.

From "Introduction to Indo-European," a historical and comparative study of the Indo-European language family, with Joshua Katz, the Cotsen Professor in the Humanities and professor of classics, to "Mapping the Universe," which considers projections for mapping the moon, Mars, Jupiter and the sky, with J. Richard Gott, professor of astrophysical sciences, emeritus, Storey has taken full advantage of Princeton's liberal arts curriculum.

Every term, he has browsed the University's course offerings to select more than a dozen courses that piqued his interest, knowing full well it would not be possible to take them all, although he wished he could. "This has been one of my goals since I came to Princeton — to explore all my varied interests and see where they lead me," he said.

Christiane Fellbaum, a senior research scholar and lecturer in computer science and a lecturer in the Humanities Council and linguistics who has known Storey since he took her freshman seminar, "Evolution of Human Language," said: "[He] contributed equally to class discussions on genetics, paleontology, neuroanatomy and human physical evolution. Grant displayed a great hunger for learning and embraced each topic with equal enthusiasm."

Focusing on two disparate disciplines has allowed Storey to sharpen his critical-thinking skills and his research instincts. "It's really important in addressing a problem to take a step back and see if there is another way to think about it," he said. "Having two different areas gives me practice in switching between different modes of thinking and I'm learning to apply this 'code-switching' to everything I do, so that I'm thinking about things from lots of different directions."

Fellbaum, who supervised Storey's junior project and senior thesis, praised his maturity as a scholar.

"In our weekly meetings, Grant would excitedly grab a pen, go to the whiteboard and give me a lesson in ancient Greek dialects, illustrated with data and the sophisticated code that he had developed," she said. She recalled Storey's work on his junior project, for which he wrote software that allowed him to classify Attic and Doric dialect forms in the plays of the Greek tragedian, Euripides. Those meetings continued as Storey pursued his senior thesis centered on prosodic patterns in those texts.

"Grant obviously possesses a natural talent not only for scholarship and exploration, but also for communicating his thinking to others," Fellbaum said.

This academic year, Storey also worked with Arvind Narayanan, an assistant professor of computer science, on research in web privacy that led to a paper on the future of ad blocking. "Grant was exceptionally productive at research in his senior year," said Narayanan. "His thesis was on analyzing classical texts, but he did a completely separate project with me on computer security, specifically analyzing the 'ad blocking arms race' and developing novel ad blocking techniques. This has led not only to a working paper, but also a prototype tool with tens of thousands of users."

Storey, a member of Rockefeller College, serves as a tour guide for the engineering school. Last spring, he played the King Aegeus in a production of Euripides' "Medea," in the original Greek, as part of a fellow student's junior paper. As an officer of Colonial Club he is in charge of "member contentment," and he works hard to engage and entertain his fellow eating club members with humorous emails and informative podcasts, he said.

After he graduates, Storey will pursue a master's degree in computer science at Cornell University. The two-year program will allow Storey to deepen his knowledge of natural-language processing and will help him determine whether he wants to pursue a Ph.D. in the subject. "I want to meet more scholars and build more relationships," he said. "I've found it very valuable at Princeton to work with different people and get different ideas. I want lots of different opinions as I do my own thing."