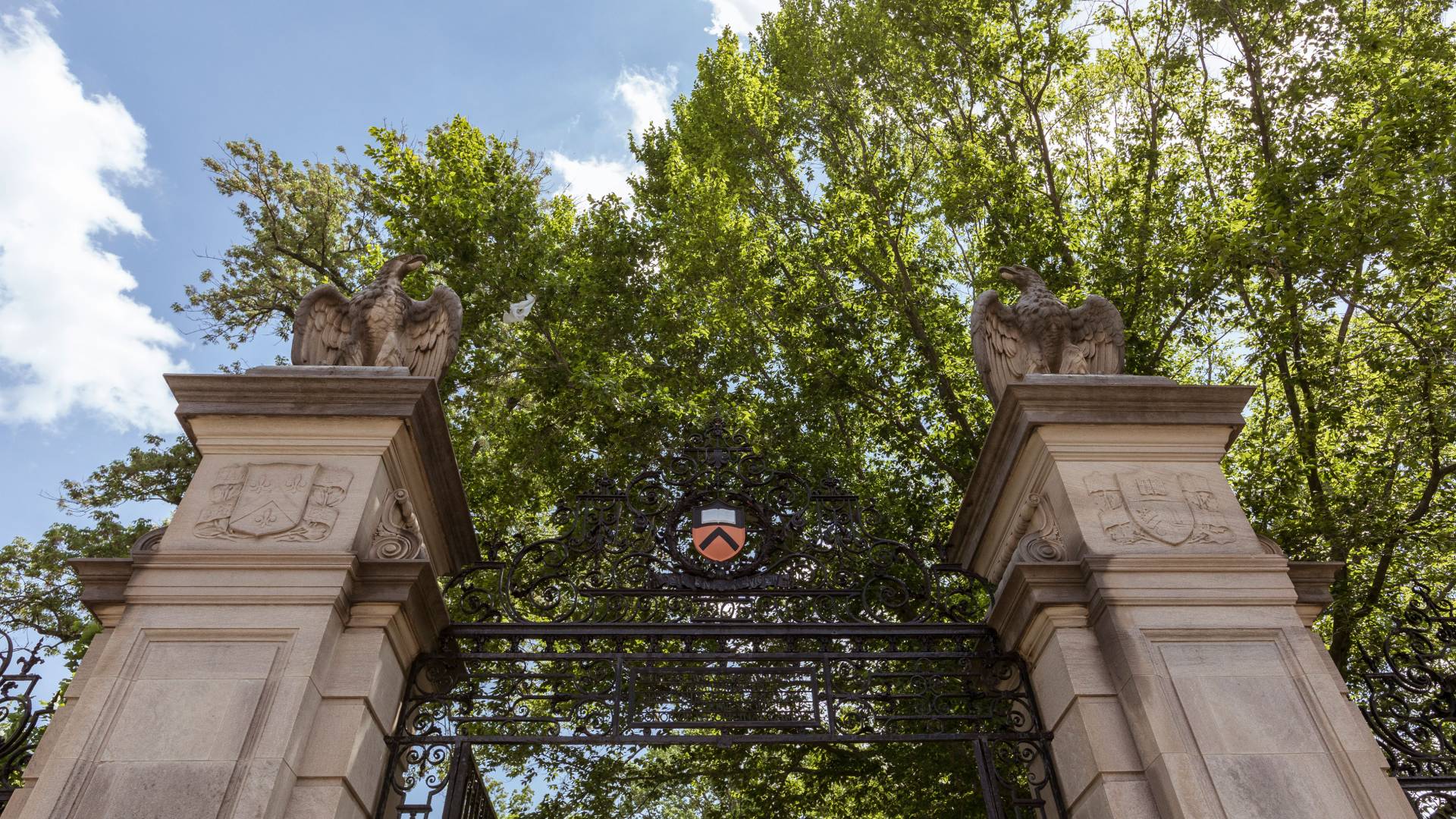 Through the gates: The myth surrounding FitzRandolph Gate

Students often avoid walking out of the gate until Commencement out of fear that they won't graduate on time or at all. This year's graduates discuss this myth and their hopes for life after walking through the gate.

When campus tour groups and international visitors make their way to Nassau Street, many stop in awe and pull out their cameras to capture the view that is distinctly Princeton University. While Nassau Hall might be the main attraction, the iconic building is framed by FitzRandolph Gate.

Though the gate beautified the campus when it was installed in 1905, with its intricate wrought iron and sculpted stone, it acted as a barrier between the University and the town. A press release issued by the University on June 3, 1970, stated that the gate, “had traditionally only been opened once a year to permit the 25th Reunion Class to march through them on Reunion Saturday, and on certain other special occasions, such as the University’s Bicentennial in 1946-47.” Essentially, the gate stood closed for 65 years until 1970 when, at the request of the graduating Class of 1970, it was opened permanently “as a symbol of the University’s openness to the local and worldwide community.” From that moment on, students began to develop their own stories about the gate.

Today, the myth is that if any student walks out of the main gate before Commencement, they will not graduate at all. Or is it that they won’t graduate on time? And even though they can’t walk out of the gate, can they walk in from Nassau Street? There are conflicting stories about the FitzRandolph Gate myth that are floating across campus, and this year’s graduates discussed this myth and their hopes for life after walking through the gate. President Christopher L. Eisgruber, a member of the Class of 1983, also offered his perspective.

“When I was a student here back in the early 1980s, I had never heard any myths about FitzRandolph Gate or anything else that might stand in the way of graduation,” he said. “The main myth I remember was that we all believed that there was an endowment to pay for ice cream in the dining halls.” (Not true.)

Discussing how the myth has evolved into a Princeton tradition that is perpetuated from the moment first-year students step foot on campus, Eisgruber said: “There was one year when the weather forecast [for Commencement] was really bleak. I was at lunch on Baccalaureate Day with one of the senior class officers and she said, ‘President Eisgruber, if we have the ceremony down in Jadwin Gymnasium, can we still march out through FitzRandolph Gate afterwards?’ For many [students], the most important part of that ceremony is the chance to walk out that gate for the first time.”

Next week, as Commencement comes to a close on Tuesday, June 6, students will be able to celebrate the moment they have been tirelessly working toward, walking through FitzRandolph Gate and into the world.