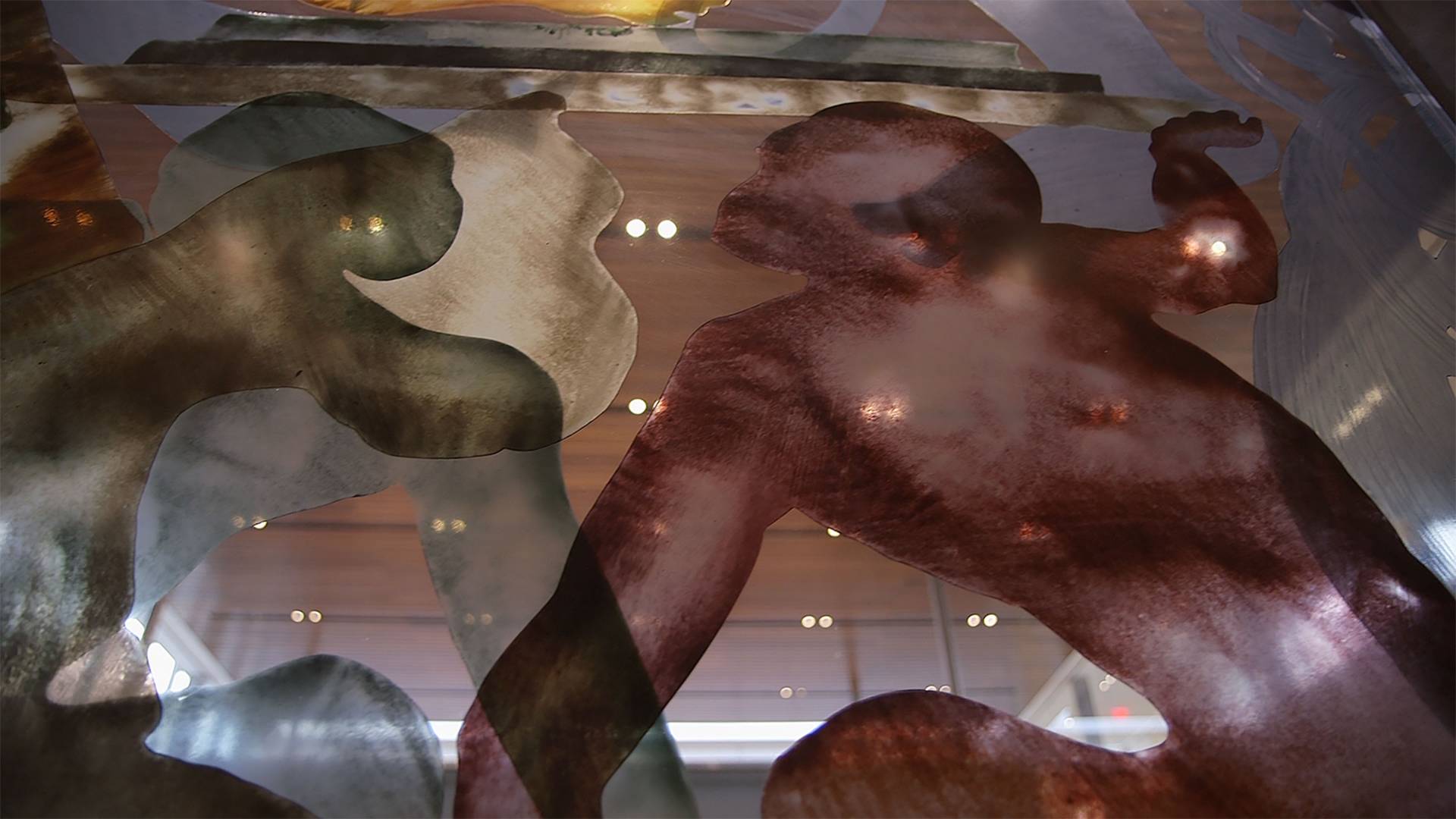 The new atrium bridges the Julis Romo Rabinowitz and Simpson International buildings, which were previously a single building — the former Frick Chemistry Laboratory — at 20 Washington Road. And while the architectural design ties the two buildings together physically, it’s the unique three-story mosaic lining the staircase that ties them conceptually.

Public art on campus has taken an increasingly important role in defining the culture of Princeton. As the University becomes more diverse in its population and offerings, public art helps to express shared initiatives and increase cultural understanding. Ron McCoy Jr., the University architect, the staff of the Princeton University Art Museum and the Campus Iconography Committee, established in 2016, have been leading the campus initiative to define new and existing spaces through public art.

“Our goal in selecting the artists and defining the artwork begins with conversations with the users of these buildings,” McCoy said, adding that it’s “not about style or particular artists, but really about the value systems. What they aspire to [and] what kind of art might resonate with their sense of identity or their mission?”

One of the first major initiatives McCoy and the Campus Iconography Committee undertook was the reimagining of the Julis Romo Rabinowitz and Simpson International buildings. The hallmark of the new interior design is arguably the towering 66-foot-tall mosaic, “Ecstasy as Sublime, Heart as Vector,” created by Shahzia Sikander, a New York-based artist hailing from Lahore, Pakistan. “Quintuplet Effect,” which is made of painted glass and steel, is installed in the first-floor lounge of the Julis Romo Rabinowitz Building, which houses economics and finance departments and centers. The pieces, Sikander’s first major public art commissions, have become defining works for each of the buildings.

McCoy said the University decided on “an artist that represents a more global perspective.” Such an outlook, he said, is “a factor in the world of economics and it’s an important factor in the world of international initiatives. Shahzia represents a diverse perspective in terms of the campus collections but also one that fits the mission of the economics and international initiatives departments.”

The Sikander pieces are now part of the art museum’s campus collections, one of the most significant public art collections in the United States, including masterworks by dozens of major artists.