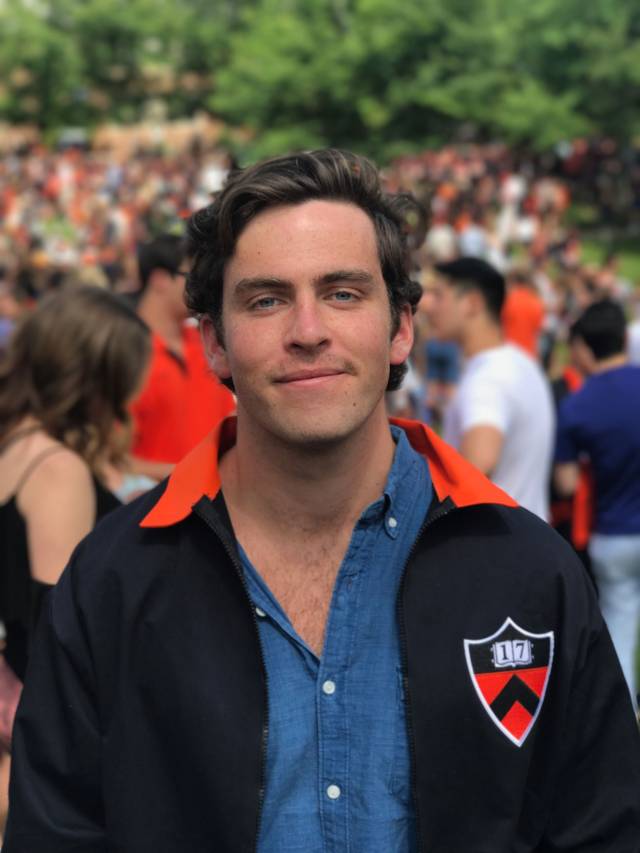 When Arthur Edward Imperatore III showed up at his adviser’s office to discuss the first draft of his senior thesis, he was anxious.

He knew that the classics department encouraged, alongside traditional studies of ancient texts in their original languages and contexts, creative interpretations of the works that could cast light on their enduring relevance to the present. In this vein Arthur had been inspired by Xenophon’s "Anabasis," a first-person memoir written by a Greek gentleman-soldier who signed on as a mercenary for the young, charismatic and ambitious Persian prince Cyrus. In Arthur’s eyes, this old warhorse of the intermediate Greek curriculum still had a little life in him, in fact its dramatic story made it a perfect subject for a television mini-series of the sort that draw millions of viewers to cable channels. Still, Arthur was not sure how this project would “play” with his adviser: Professor Michael Flower was a world-class authority on Xenophon and had recently published a study of "Xenophon's Anabasis" to rave reviews.

For Flower, it was easy to sum up his response: “I told him,” he recalled, “that if I believed in reincarnation, I would have said that he must have been there in person to write such a remarkably vivid, and historically accurate, creative adaptation.”

Although Flower has read the "Anabasis" innumerable times, he found the screenplay “opened my eyes to many aspects of the story that had never occurred to me.” Arthur was not only able to find drama in scenes that are merely suggested by the text, but he gave his own strong slant to the scenes that were there. At one critical moment, for example, Xenophon represents Cyrus as magnanimously foregoing vengeance on two Greek generals who have deserted, whereas Arthur’s screenplay treats this only as outward show. “From now on,” said Flower, “when I think about or read this passage, I will never be able to do so quite so innocently as before.”

Flower’s fellow historian, Professor Marc Domingo Gygax, also found the thesis rewarding and provocative. He points out that this recreation stands as a reminder to historians that in writing history there is no sharp line that divides reality and fiction. As he said, “it is impossible to give an account of what happened in the past without adding fictive elements. And no matter how fictive a story may be, it always contains true information about a historical reality.”

Accompanied by notes and an essay on methods and sources, "The Persian Expedition" is a 98-page pilot episode designed for a two-hour running time. This is intended to be the first installment of a projected 12-episode series. The pilot begins with the illness of the Great King Artaxerxes and will conclude with a cliffhanger, as Cyrus reveals to his Greek generals that his real purpose is to take over the vast Persian empire. Even Flower is on tenterhooks: Will the rank and file among the Greek mercenaries follow him all the way to Babylon? Viewers will have to await episode 2 for the answer.

Andrew Ford is the Ewing Professor of Greek Language and Literature and a professor of classics.

Promoting a fresh look at history