Samuel Hynes, the Woodrow Wilson Professor of Literature, Emeritus, and professor of English, emeritus, died at home in Princeton on Oct. 10. He was 95.

Hynes joined the Princeton faculty in 1976 and previously taught at Swarthmore College and Northwestern University. He transferred to emeritus status in 1990. He taught undergraduate and graduate courses focused on 18th-century English literature, modern British poetry and the literature of war. 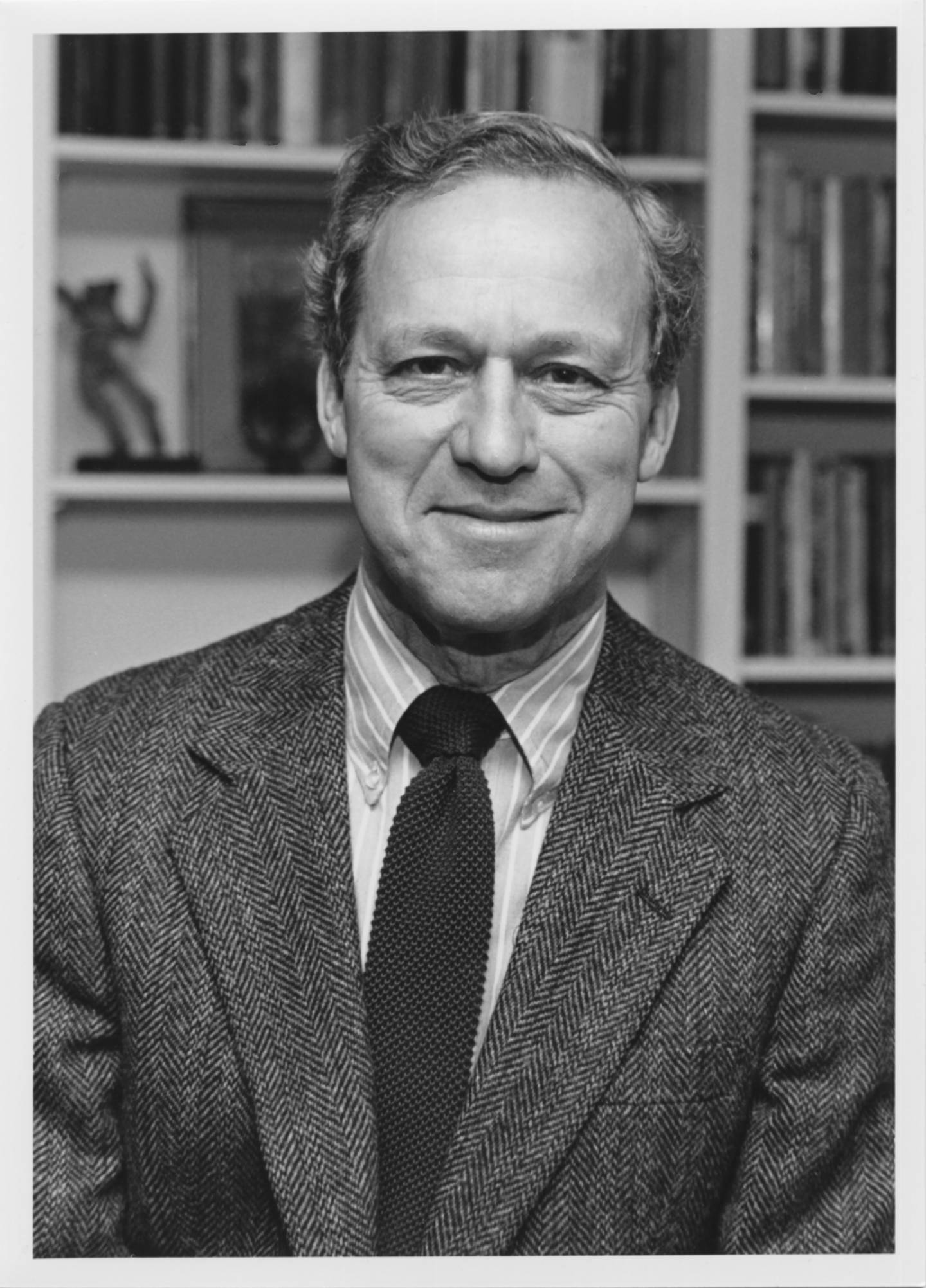 Born in 1924, Hynes grew up in Minneapolis in a working-class family. He enlisted at age 18 in the Marine Air Corps and served as a bomber pilot in the Pacific theater during World War II, earning a Distinguished Flying Cross. Under the G.I. Bill, he earned his bachelor’s degree in 1947 at the University of Minnesota, and, after flying in the Korean War, he received his Ph.D. from Columbia University in 1956. (Until he was too old to do so, each year he celebrated his birthday by taking up a biplane and doing loops and rolls).

“Samuel Hynes was perhaps the last of the great teacher/scholars whose experience of some of the defining events that shaped the United States in the 20th century — the Great Depression and World War II — meshed with their interest in language and literature,” said Simon Gikandi, the Robert Schirmer Professor of English and department chair. “Because he had experienced war … he appreciated the nature of life and living.”

Gikandi said he has often met Hynes’ students. “What they seemed to remember most was his moral authority and clarity,” he said.

Joyce Carol Oates, the Roger S. Berlind ’52 Professor in the Humanities, Emeritus, and professor of creative writing, emeritus, said Hynes was a “[h]ighly respected as a scholar-critic specializing in late 19th-century and early 20th-century literature [and] author of major studies of Thomas Hardy and Ezra Pound. … His reputation at Princeton was that of a brilliant, warmly sympathetic member of the English department, a memorable lecturer, dissertation advisee, colleague and friend. For years Sam was a familiar Princeton figure, riding his bicycle from his home on Moore Street to the University library and to his office in McCosh, looking — literally— decades younger than his age.”

Hynes received Princeton’s Howard T. Behrman Award for Distinguished Achievement in the Humanities in 1990. He was a fellow of the Royal Society of Literature and a member of the Supervising Committee of the English Institute, and received the Arts and Letters award for literature from the American Academy of Arts and Letters in 2004.

He is the author of several books including “The Patterns of Hardy’s Poetry” (1961), “The Edwardian Turn of Mind” (1962), “William Golding” (1964), “Edwardian Occasions” (1972) and “The Auden Generation” (1977). As a literary critic, he wrote extensively for The New Yorker, The New York Times, The Times Literary Supplement, The London Review of Books and The Sunday Times.

Alan Thomas, a 1981 alumnus and editorial director at the University of Chicago Press, published “On War and Writing,” a project which reunited them decades after graduation. On one of Thomas’ regular editorial trips to Princeton, he asked Hynes if he had any unpublished writing, and Hynes shared his file of uncollected personal essays and criticism of other artists’ and writers’ works about war.

“I recall as a junior discovering Sam’s classic essay on Ford Madox Ford’s “The Good Soldier” in Princeton University Library — an early encounter with the power of great literary criticism,” Thomas said. “I asked him to be my senior thesis adviser, although I’d never taken a class with him. Sam was an imposing teacher, not free with praise, and he made a lasting impression on me. Editing his essays on war and literature was a great privilege for me.”

Edmund “Mike” Keeley, the Charles Barnwell Straut Class of 1923 Professor of English, Emeritus, and professor of English and creative writing, emeritus, enjoyed a decades-long friendship with Hynes. He said, “My friend Sam was the most honest, level-headed, responsible citizen, and the most conscientious teacher and writer I came to know in the years when we both served the humanities and thoroughly believed in them.”

Leonard Barkan, the Class of 1943 University Professor of Comparative Literature, was Hynes' student at Swarthmore and then his colleague at Northwestern for a short time. He said competition was fierce to get into all of Hynes’ classes, but Barkan was able to get into his “Introduction to English Literature” first semester of his first year.

“[I]t changed my life,” he said. “Imagine me as a proud would-be English major, receiving my first paper back from him; the grade was C+, and the comment: ‘no thesis, no argument, therefore no paper.’ I shaped up pretty quick, and it’s exactly the message I now tell my students.” Barkan’s friendship with Hynes continued at Princeton and after.

Brig. Gen. (retired) Jeffrey G. Smith Jr., a 1992 graduate alumnus, was a young captain when he applied to Princeton and Hynes’ last dissertation advisee (his dissertation was on the rhetoric of war). They remained close throughout Smith’s 34-year military career, which included serving in the Iraq and Afghanistan conflicts and culminated as deputy commanding general of U.S. Army Cyber Command, followed by serving as deputy superintendent for academics and dean of the faculty at Virginia Military Institute in 2018, where he is a professor in the Department of Computer and Information Sciences Department.

“Next to my father, Sam was the greatest influence in my life, and I consider him as close a friend as I have ever had, and the preeminent professor of my experience,” Smith said. “I regularly brought the key leaders of my military units to meet Sam. Each soldier left feeling enlarged.”

At Princeton, Hynes invited Smith to co-teach his course “War in Literature and Art,” which Smith later adapted for the United States Military Academy at West Point, where portions of the course remain part of West Point’s curriculum.

View or share comments on a blog intended to honor Hynes’ life and legacy.