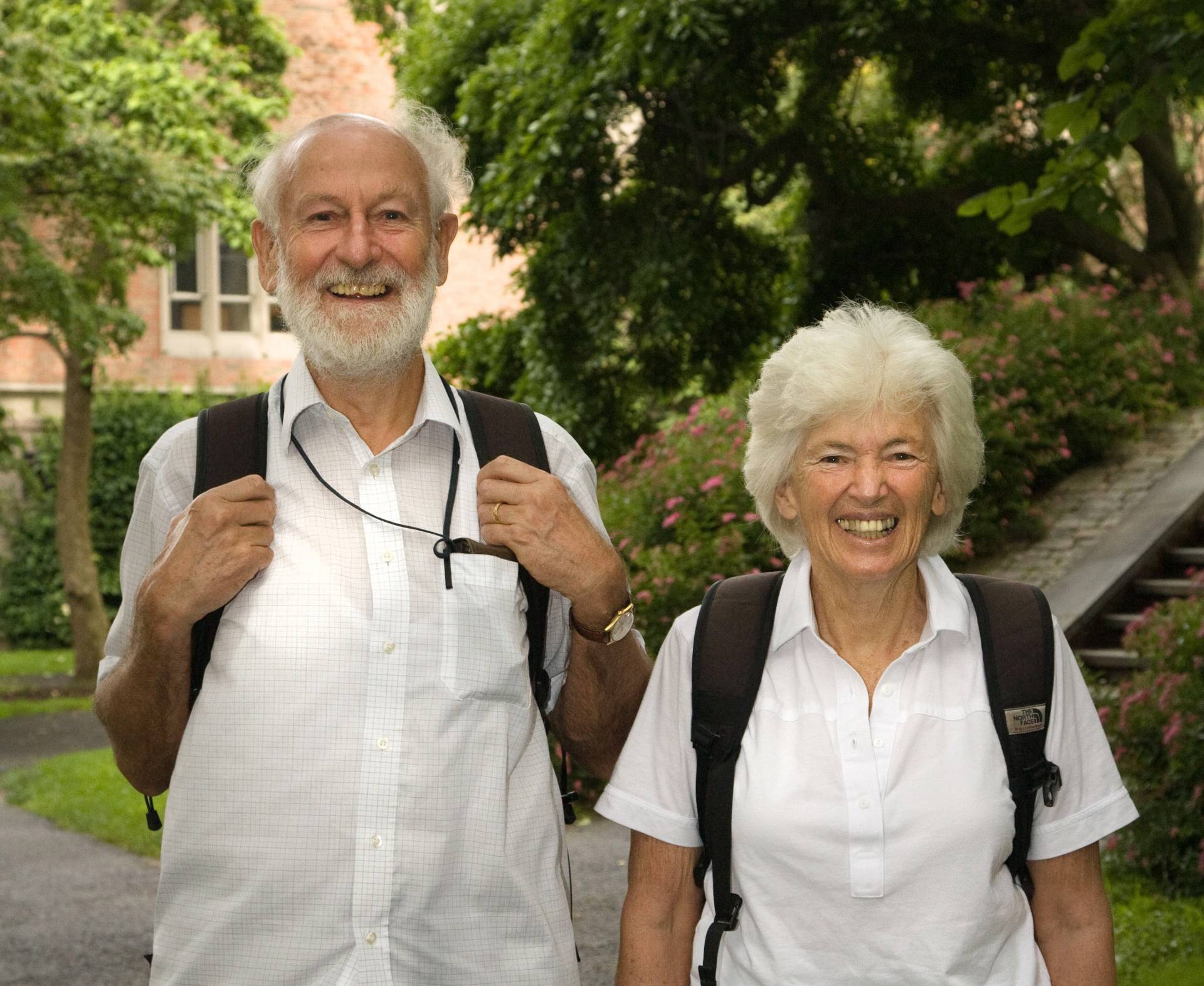 Peter Grant, the Class of 1877 Professor of Zoology, Emeritus, and professor of ecology and evolutionary biology, emeritus, and B. Rosemary Grant, senior research biologist, emeritus, ecology and evolutionary biology, have been named recipients of the Royal Medal in Biology. The Grants' legendary explorations of the group of 18 bird species known as Darwin’s finches that populate the Galápagos island of Daphne Major — which is in an entirely natural state unaffected by humans — over four decades have produced an array of dazzling insights into evolutionary theory.

The biologists are the first husband-and-wife team to be given the award and the first recipients in population biology.

The Royal Society of London stated in a July 18 news release that the Grants received the Royal Medal "for their research on the ecology and evolution of Darwin’s finches on the Galápagos, demonstrating that natural selection occurs frequently and that evolution is rapid as a result."

The Royal Medals recognize exceptional scientists engaged in challenging research to open up new possibilities and new applications. Three medals are awarded annually by the British monarch on the recommendation of the Royal Society, which was founded in 1660. The award was created by George IV and first granted in 1826.

"We are honored and delighted to receive the prestigious Royal Society Medal for work that we, and our collaborators, have on the evolution of Darwin's finches," the Grants emailed the foundation on Thursday, July 13, upon learning of their selection. "The recognition links us to Charles Darwin, the man in whose footsteps we follow, and other distinguished recipients of the medal who have inspired us."

"To be awarded the Royal Medal in Biology is an extraordinary privilege and honor," Rosemary Grant said. "Our research has demonstrated evolution of birds in a natural environment, and by integrating genomics with ecological and behavioral studies, it has provided a deeper understanding into how and why this planet is so extraordinarily rich in biodiversity."

"I am also conscious of the special honor of being chosen to share the award with Rosemary," Peter Grant said. "We hope this will be an encouragement to other couples who might wonder whether they can have a joint career and conduct scholarly research in tandem rather than solo."

In 2009, the Grants were the first husband-and-wife team to win the Kyoto Prize — which honors lifetime achievements in basic science, advanced technology, the arts and philosophy, presented by the Inamori Foundation of Japan.

The Royal Medal includes an award of £10,000 (approximately $12,942). The Grants will accept their medal at the Royal Society's anniversary meeting in London on October 30.