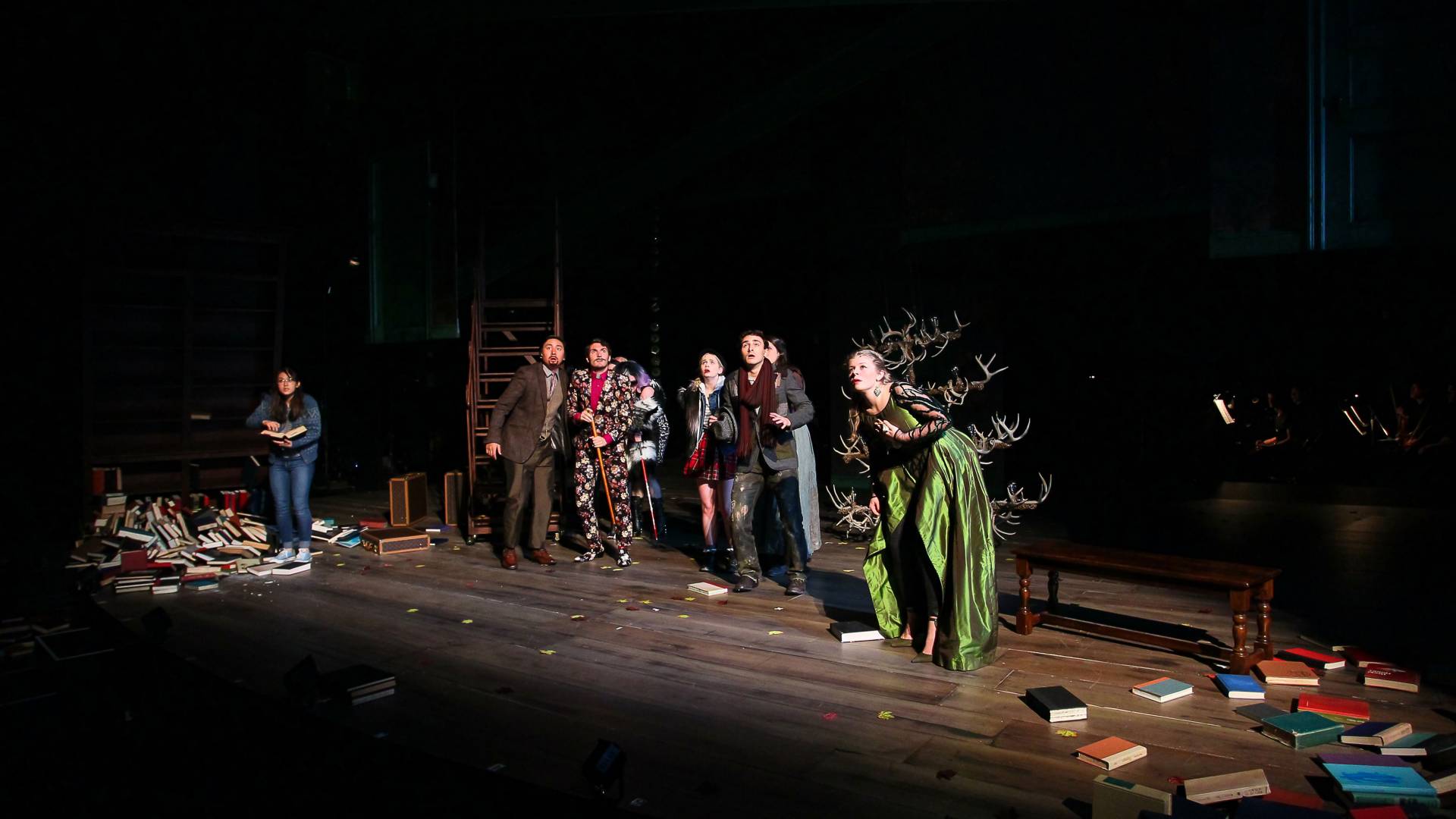 Behind the scenes: Making 'Into the Woods'

In this behind-the-scenes video, director Ethan Heard describes how the Lewis Center for the Arts' production of the musical "Into the Woods" came together through a spring course in theater and music theater.

The production of the musical "Into the Woods" by the Lewis Center for the Arts this spring celebrated the fall 2016 launch of Princeton's Program in Music Theater. In this behind-the-scenes video, director Ethan Heard describes how the show came together through the spring course "Theater Rehearsal and Performance."

"One of the reasons that 'Into the Woods' is such a great show for Princeton is that there's this breadth of 18-plus fabulous characters that are really juicy roles for a lot of students," said Heard, a lecturer in theater and the Lewis Center for the Arts at Princeton. Heard also teaches at Yale School of Drama and the Yale Institute of Sacred Music and is the founding co-artistic director of Heartbeat Opera and Resident Director of Cantata Profana.

"Into the Woods," by Stephen Sondheim and James Lapine, takes characters from the Brothers Grimm fairytales and remixes them in a timeless story about desire and the loss of innocence. The characters' various wishes are granted, but the consequences of their actions return to haunt them later with disastrous results.

"The beautiful thing about this show is it's delightful and comic and funny, and then it asks the audience to consider, really, the dark night of the soul," Heard said. "And we get to see these young college students confront that with us and for us, as our proxies."

The cast is made up of students and Stacy Wolf, professor of theater in the Lewis Center for the Arts and director of the Program in Music Theater, who voices the role of the Giant. In addition, students filled most of the production roles and a student musical ensemble performed the score. Professional designers Miodrag Guberinic (costumes) and Reid Thompson (set design) worked with Heard and the students to update the production. Emily Whitaker, a 2015 Princeton alumna who earned her A.B. from the Department of Music as a pianist and a certificate in theater from the Lewis Center for the Arts, served as music director and conductor.

The Program in Music Theater is a collaboration among the Lewis Center for the Arts' Program in Theater and Program in Dance and the Department of Music, which brings together students, faculty, and guest artists in the creation, study, and performance of music theater to support and develop all forms of music theater — that is, any theatrical form that combines singing, acting and movement — as both an artistic practice and a field of scholarly study.

Performers as Teachers: The Master Class at Princeton