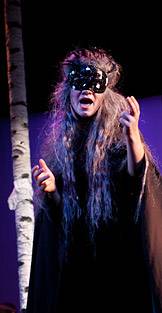 Princeton Summer Theater opens its 2011 season with a production of "Into the Woods," which interlaces the stories of several fairy tales, including "Cinderella," "Jack and the Beanstalk," "Little Red Riding Hood" and "Rapunzel." Abigail Sparrow, who plays the witch, is one of 17 actors in the ensemble cast. 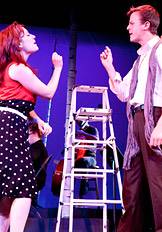 The baker (David Bevis) sets a plan in motion with his wife (Sarah Elizabeth Grace) to lift a curse. 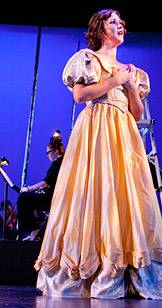 Cinderella (Melissa Fults) wonders what the prince would think if he knew she was only a maid. 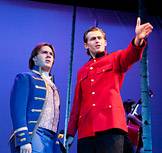 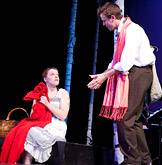 In a production that interlaces the stories of "Cinderella," "Jack and the Beanstalk," "Little Red Riding Hood" and "Rapunzel," Princeton Summer Theater opens its 2011 season with a production of "Into the Woods." The play is a Tony Award-winning mélange of fairy tales that explores themes of growing up, parental responsibility and wish fulfillment, with music and lyrics by Stephen Sondheim and a book by James Lapine.

The show will be performed at 7:30 p.m. Thursday through Saturday, June 30-July 2. There will be additional performances at 2 p.m. Saturday and Sunday, July 2-3, at the Hamilton Murray Theater on campus. 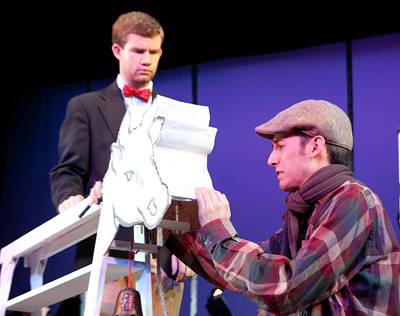 From left, the narrator (Princeton alumnus James Mears) watches Jack of “Jack and the Beanstalk” (Jesse Derron Gold) and his cow.

Princeton Summer Theater, which has been performing since 1968, is a summer stock company of young professionals and students from Princeton and other colleges interested in pursuing careers in theater and drama.

With an intricate score by Sondheim, the company's production of "Into the Woods" brings to life a complex web of stories that are both lighthearted and serious.

The show is directed by Jed Peterson, a member of Princeton's class of 2006, and includes an ensemble cast of 17, including Princeton alumni, current students and local residents, and an orchestra of eight. 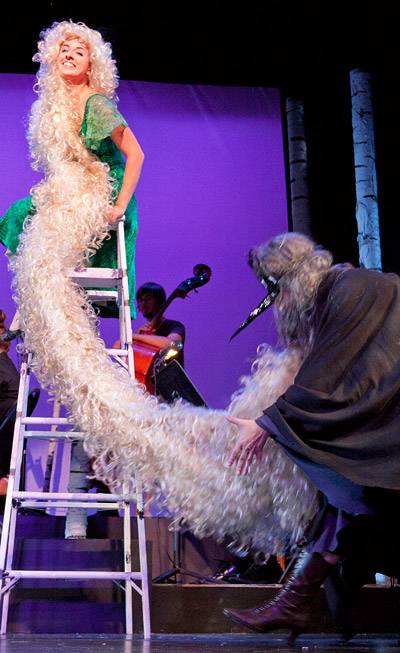 Other mainstage shows this year will be: 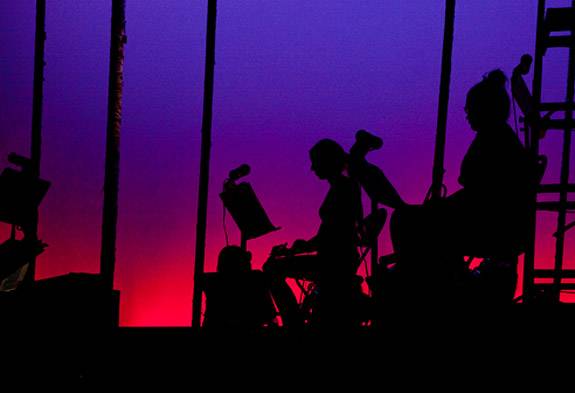 An orchestra of eight plays a score by Stephen Sondheim.

Princeton Summer Theater also will present two children's shows. A new adaptation of the classic children's tale "The Three Little Pigs" will be performed June 30-July 2 and July 7-9. "One Eyed Davy and the Pirate Earbeard" will run July 21-23 and 28-30. All shows are at 11 a.m. Children 2 years old and younger are admitted free; tickets for all others are $9. 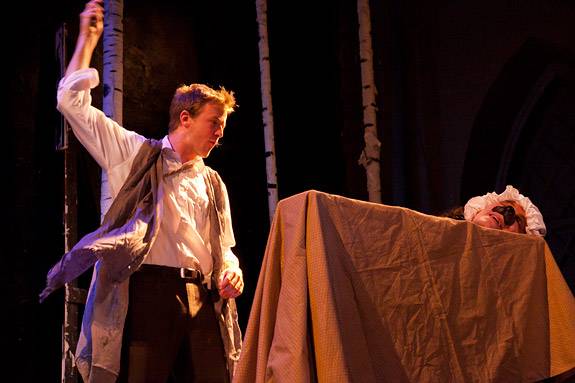 The baker (Bevis) wields his knife when he finds the wolf (Beard) hiding in Granny’s bed. 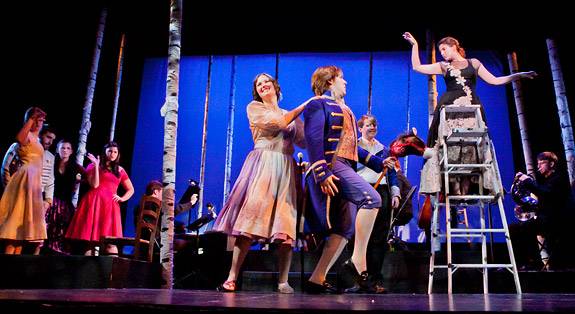 Cinderella's mother (Rachel Wenitsky, on ladder) gives her blessing to her daughter (Fults) as she rides off with her prince (Beard). 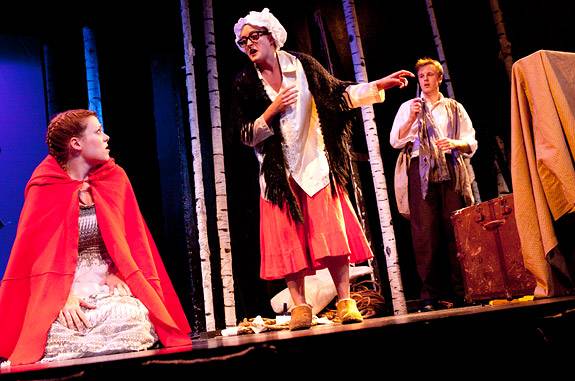 From left, Little Red Riding Hood (Casey) and her Granny (Katherine Grant-Suttie) are rescued from the Big Bad Wolf by the baker (Bevis).

The ensemble cast of the fairytale production warns the audience of the dangers of straying from the past.