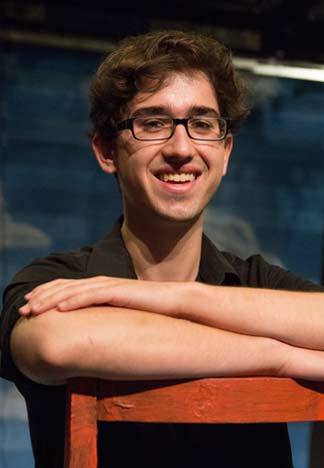 Wesley Cornwell, a member of Princeton's Class of 2016, is the artistic director for the 2015 season of Princeton Summer Theater, a student-run company that presents four plays in eight weeks. This season, which will focus on themes of adaptation and myth, runs June 18 through Aug. 8 in Hamilton Murray Theater on the Princeton University campus.

Princeton Summer Theater will immerse audience members in multiple facets of myth and storytelling, presenting four mainstage plays and a children's show in eight weeks. The season runs June 18 through Aug. 8 in Hamilton Murray Theater on the Princeton University campus.

Wesley Cornwell, a member of Princeton's Class of 2016 and the artistic director of the student-run company said: "This year's season will focus on themes of adaptation and myth, exploring how stories are retold and passed down through time. The plays, which simultaneously explore transformation and timelessness, offer an opportunity to reflect on how and why we continue to retell and adapt these myths."

Cornwell was bitten by the theater bug his freshman year when he served as assistant stage manager for the Lewis Center for the Arts' production of "Der Bourgeois Bigwig." He has since taken several theater design classes at the Lewis Center, served as the general manager of Theater Intime, and has held managing and designing roles for numerous shows on campus. 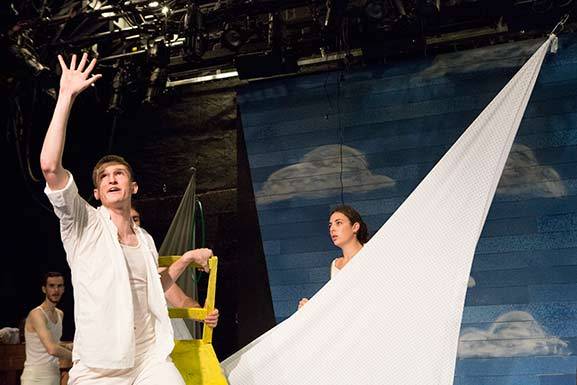 Princeton Summer Theater (PST) was dark last summer for renovation of the theater's heating and cooling system. PST's 46th season opens on June 18 with "Metamorphoses," written by Mary Zimmerman, which brings Ovid's classic tales to life through a mixture of contemporary and ancient styles with original musical accompaniment. Maeli Goren, a 2015 Princeton graduate, will direct.

The season continues July 3-19 with "Pygmalion," written by George Bernard Shaw and directed by R.N. Sandberg, a lecturer in English, theater and the Lewis Center for the Arts. The play takes its inspiration from the Greek myth of Pygmalion, a sculptor who falls in love with the statue he creates. This production will feature guest artist Jake Robertson, a 2015 alumnus, in the role of Henry Higgins. 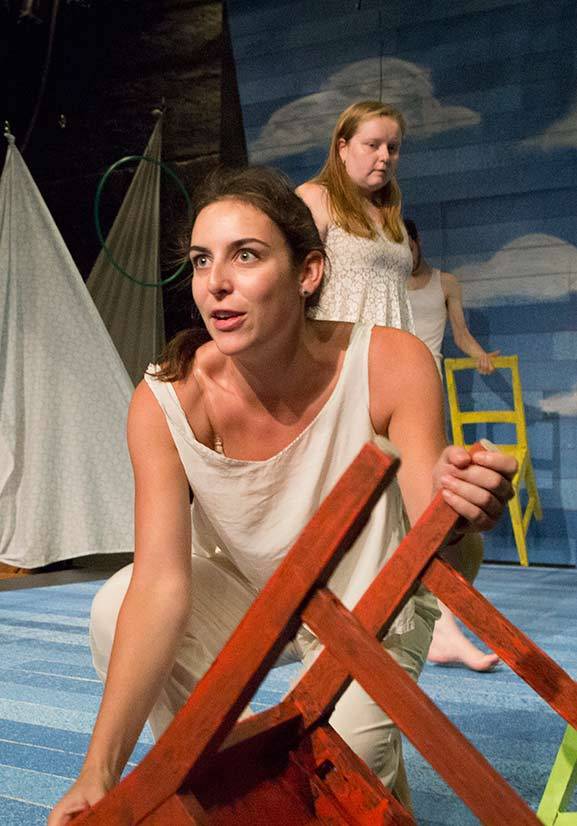 On a spare set where fabric invokes both ships' sails and water and brightly painted chairs serve as multiple props, Sola (front) and fellow Class of 2015 graduate Maeve Brady play out one of Ovid's stories.

Two one-acts are being staged together July 23-Aug. 2. In "The Actor's Nightmare," written by Christopher Durang, a man finds himself trapped in his worst fear — being thrown on stage in a performance for which he has never rehearsed. "The Real Inspector Hound," written by Tom Stoppard, is a parody of the classic parlor mystery. Brad Wilson, a 2013 Princeton alumnus, will direct.

The season concludes with "Eurydice," written by Sarah Ruhl, which Cornwell will direct. The production features a collaboration with Vince di Mura, music director for the Lewis Center for the Arts' Program in Dance, who will compose original music.

"'Eurydice' holds a special place in my heart for the unique way that it blends the magical, the mythic and the mundane," Cornwell said. "It is a simultaneously funny and heart-achingly beautiful meditation on love and loss in a way that I believe everyone can connect to. 'Eurydice' is a story about parents and children, lovers and friends. It's about struggling to find the words to express how we feel and recognizing that, sometimes, words will never be enough."

Season subscriptions for the main stage series are $75. Single tickets are $27.50 for general admission; $22 for matinee performances and students with valid ID. Subscriptions and single tickets are offered online; by calling the theater's box office at 732-997-0205, Tuesdays through Sundays, 11 a.m. to 8 p.m.; or by emailing box@princetonsummertheater.org.

Performing since 1968, Princeton Summer Theater offers a range of opportunities for students and others interested in pursuing careers in theater and drama. This year, several company members are already on that path.

Brad Wilson is returning to PST after his first year at the acting MFA program offered jointly by Brown University and Trinity Repertory Company in Providence, Rhode Island.

Wilson, an English major who also earned a certificate in theater and worked on over 20 plays as an undergraduate, said it was his PST experience — first as a guest artist in 2010 and then as a full company member in 2013 — that prepared him for the rigors of the MFA program.

"Princeton Summer Theater was as my first exposure to working very long hours in theater," said Wilson. "Part of what made me think an MFA would be right for me was how well I responded to working those hours — by the end, I always wanted to stay after and keep working, even after 12-plus-hour days. The endurance I learned here has served me extremely well." 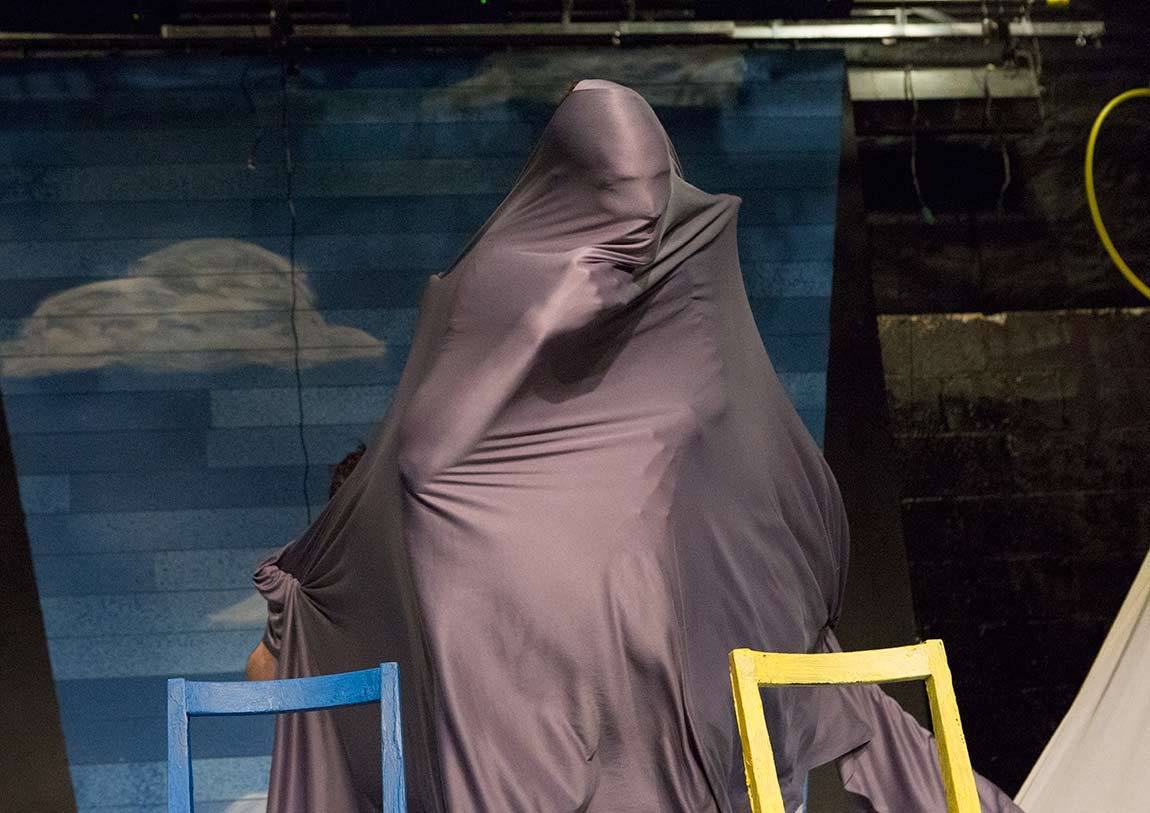 The themes of change and shapeshifting in "Metamorphoses" are integrated literally and figuratively into the production in scenes where multiple actors move with orchestrated synchronicity under flexible fabric.

This season, Wilson is directing the two one-acts, playing several roles in "Metamorphoses" and Orpheus in "Eurydice," as well as co-writing the children's show. He also is applying the technical and phonetic skills he learned his first year in graduate school as the company's dialect coach for "Pygmalion."

Several other company members have set their sights on a career in the theater. Goren will be working for Teach for America next year, teaching English and special education in Rhode Island, and hopes to use theater with her students. She plans to pursue a career creating theater for young audiences. Several of her classmates are also entering the theater world through various paths: Maeve Brady, an actor with the company, already has started auditioning professionally; guest artist Jake Robertson will pursue a master's degree in acting at the Royal Conservatoire of Scotland in the fall; and communications director and graphic designer Sarah Cuneo will be continuing her studies at the Case Western Reserve University/Cleveland Play House MFA program in acting in the fall. Executive director David Drew, a 2014 alumnus, is studying at Upright Citizens Brigade, an improv comedy school/troupe in New York City. 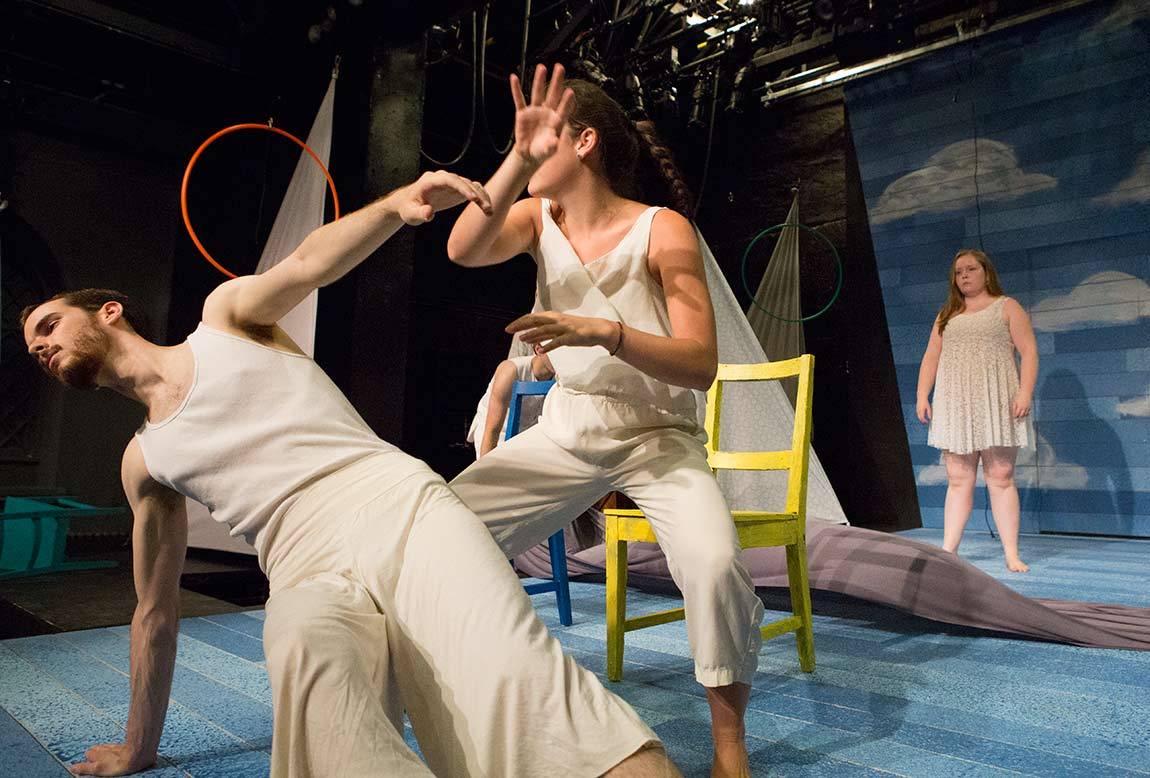 Thompson (front), a 2014 alumnus; Brad Wilson, a 2013 alumnus; and Brady take on multiple roles in "Metamorphoses."

Princeton Summer Theater will present a children's show, "The Legendary True Story of Sparrow Jones and the Jersey Devil." Goren is one of the co-writers. Performances will take place at 11 a.m. Thursdays through Saturdays, July 2-4, 9-11, 16-18, 23-25, July 30-Aug. 1, and Aug. 6-8. Tickets are $10; children under 3 are free. Autograph sessions with the cast follow each performance. 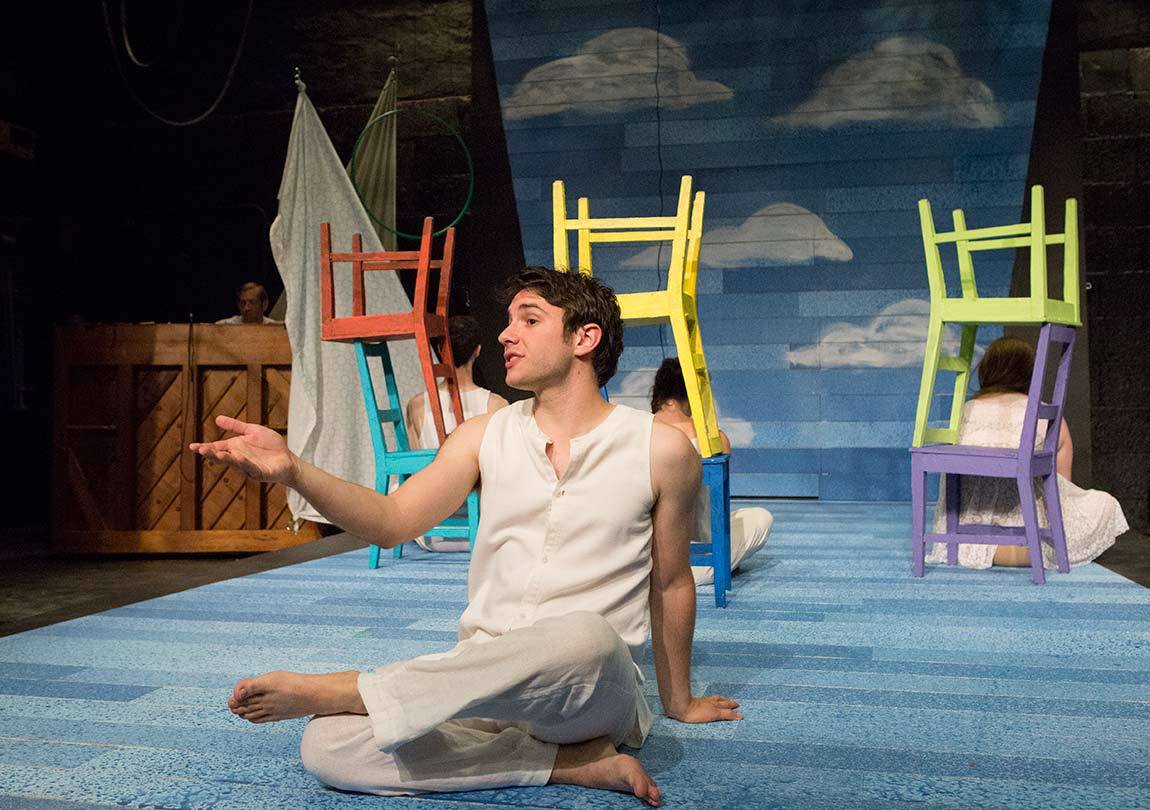 Princeton Summer Theater is a training ground for many Princeton students who aspire to professional careers in the theater. Wilson (above) returns to PST this season after his first year in the MFA program in acting offered jointly by Brown University and Trinity Repertory Company in Providence, Rhode Island.