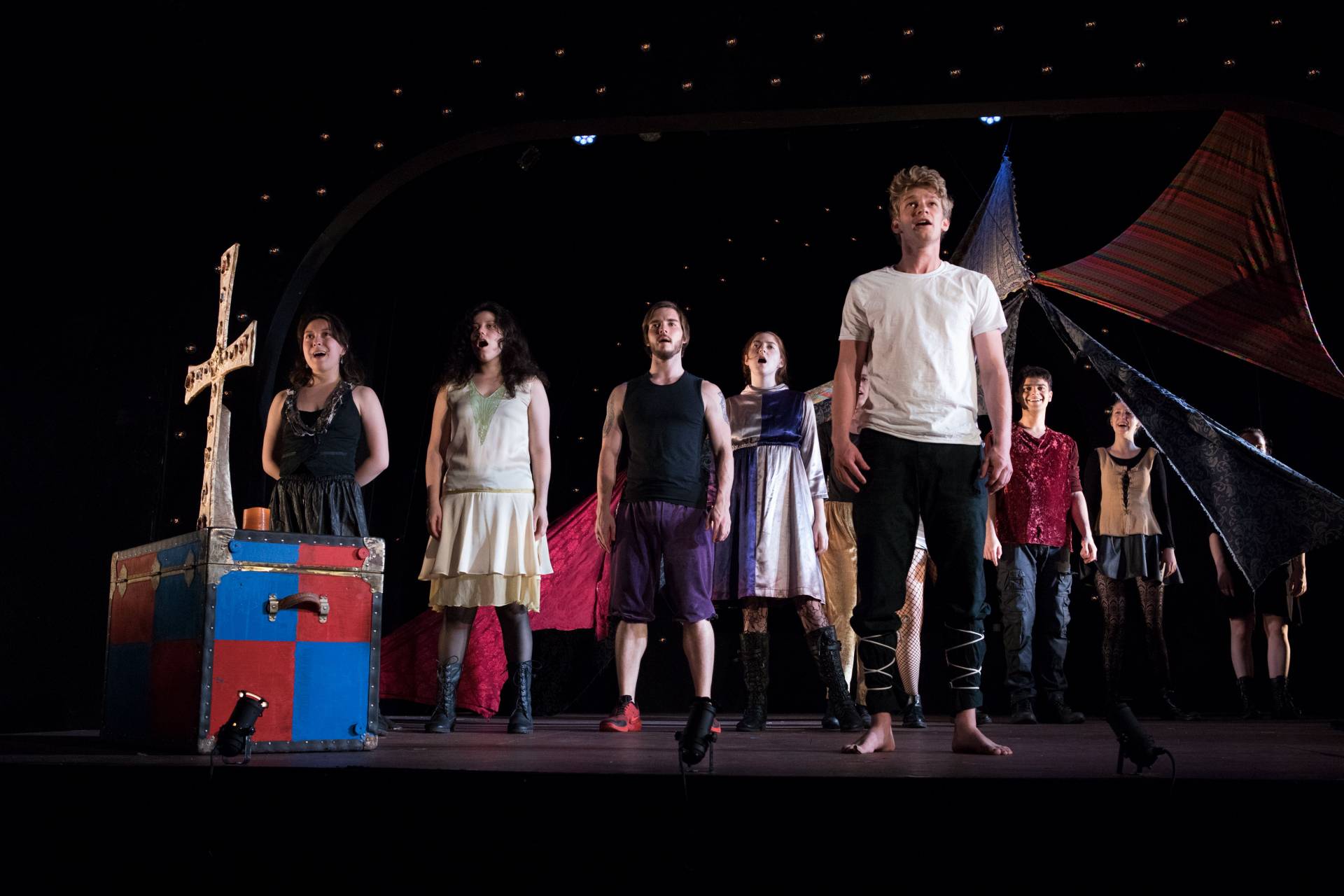 Princeton Summer Theater opens its 48th season with "Pippin," June 22-July 9, in Hamilton Murray Theater on the Princeton University campus. In this Tony Award-winning coming-of-age tale, a mysterious troupe, spearheaded by the enigmatic Leading Player, follows a young prince as he sets out to discover his purpose in the world.

Princeton Summer Theater will take audiences on a journey — toggling past and present — with four main-stage plays and a children’s show in nine weeks. The season runs June 22 through Aug. 20 in Hamilton Murray Theater on the Princeton University campus. 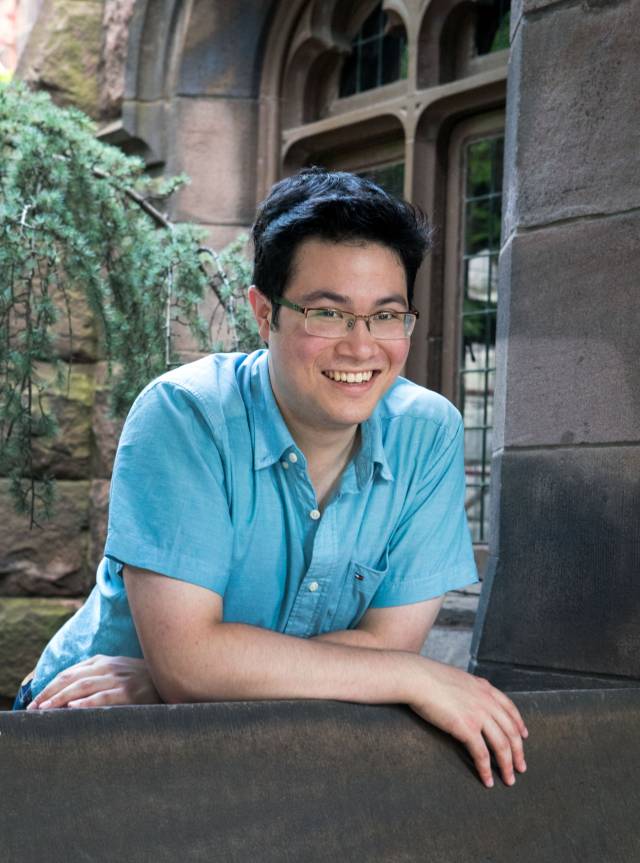 Luke Soucy, a member of Princeton's Class of 2019, is the artistic director for the 2017 season of Princeton Summer Theater, a student-run company that presents four plays in nine weeks. "This season is all about engaging with the past," he said. "We see characters drawing on aspects of the past to help them understand their own problems."

"This season is all about engaging with the past," said Luke Soucy, the company's artistic director and a member of the Class of 2019. "We see characters drawing on aspects of the past to help them understand their own problems."

Describing the characters in these works as storytellers, Soucy said they "spin stories reflecting the conflicts and consciences arising from turbulent histories."

Soucy said he had only to turn to the news for inspiration. "The impetus for the season came out of the social and political turmoil of the previous year," he said. "I noticed that people all over — friends, professors, commentators — kept drawing on the past as a means of understanding the present. (Is this Nixonian? Are we like the Roman Republic?) It's still happening now."

Soucy, an English major who is also pursuing certificates in classics and theater, started his deep dive into theater at Princeton the fall of his sophomore year, appearing in a production of "Zoyka's Apartment" at the Lewis Center for the Arts. Since then, he has been involved in 15 productions at the Lewis Center and with student theater groups including Princeton Shakespeare Company, Princeton University Players and Theatre Intime.

Music, mystery, witches, family: Illuminating the past under stage lights

The 48th season of Princeton Summer Theater (PST) opens with "Pippin," written in 1972, on Thursday, June 22, directed by Sam Weisberg. The multiple Tony Award-winning musical is a coming-of-age tale of adventure. A mysterious troupe, spearheaded by the enigmatic Leading Player, follows a young prince as he sets out to discover his purpose in the world. "Pippin" runs through July 9.

The season continues with "Spider's Web" from July 13-23, directed by Soucy. He described the lead character, Clarissa Hailsham-Brown, as "a witty and whimsical socialite with an unfortunate penchant for telling tall tales."

He said that audiences can expect the unexpected with this production. "While capturing the essence of the classic Christie style, the plot takes off in a number of strange and delightful directions. It's an obscure play by a famous author, and I'm excited to bring it to a new audience."

Nico Krell, a member of the Class of 2018 and an independent concentrator in performance studies who is also earning a certificate in theater, will direct "The Crucible," July 27-Aug. 6. He described this classic from the American theater canon as "a disturbingly relevant account of an American community driven by terror, where factions and political division run strong, and good-hearted people fall to the wrong side of history because of the way fear defines their lives."

His concept for the production finds seven friends gathered around a campfire. "They tell each other stories of witchcraft and adultery, manipulation and hysteria, until rage and mistrust explode between them. In our world of political witch hunts, perhaps the difference between past and present is not as great as we thought," he said.

Tatiana Pandiani, who directed the Stephen Sondheim musical "Assassins" for PST last summer, will return to direct "Appropriate," Aug. 10-20. In this original take on the household drama, members of the fragmented Lafayette family reconnect to settle their father's affairs but soon discover that they must first tackle their unresolved issues with each other. The play exposes what it means to be part of a family, culture and nation built upon a troubled past.

The premiere of "Appropriate" off-Broadway in 2014 garnered an Obie Award for playwright Jacobs-Jenkins, who also won an Obie the same year for his play "An Octoroon." The Lewis Center has commissioned Jacobs-Jenkins to adapt "The Bacchae" for the opening of the new Lewis Center complex Oct. 5-8. The play will be directed by 2006 alumna Lileana Blain-Cruz, an Obie Award-winning director who has collaborated with Jacobs-Jenkins on several New York productions.

In the gallery below, follow the adventures of a young prince and the colorful troupe of characters that accompany him on a quest in "Pippin," which opens the Princeton Summer Theater season June 22-July 9. The photos were taken by Denise Applewhite, of the Office of Communications, during a rehearsal on June 19.

Season subscriptions for the main stage series are $79. Single tickets are $29.50 for general admission; $24.50 for matinee performances and students with valid ID. Subscriptions and single tickets are offered online; by calling the theater’s box office at 732-997-0205, Tuesdays through Sundays, 11 a.m. to 8 p.m.; or by emailing box@princetonsummertheater.

On the wings of history: Programming for children

Princeton Summer Theater will present the children's show "Amelia Earhart Forever" written by Annika Bennett, a 2015 alumna who directed "God of Carnage" for PST in 2016 and also wrote the children's show "The Owl and the Pussycat." She has been involved with PST since 2012. In 2013, she wrote "How Thumbelina Found Her Wings," ran children’s workshops, and served as company manager and costumer.

Bennett said her idea for this year's children's show "was a surreal buddy comedy about Amelia Earhart and her plane and their adventures together — I've had a lot of fun drawing from both biographical information and pure, wildly speculative fiction."

Performances take place at 11 a.m. Thursdays through Saturdays, July 6-29. Tickets are $12; children under 3 are free.