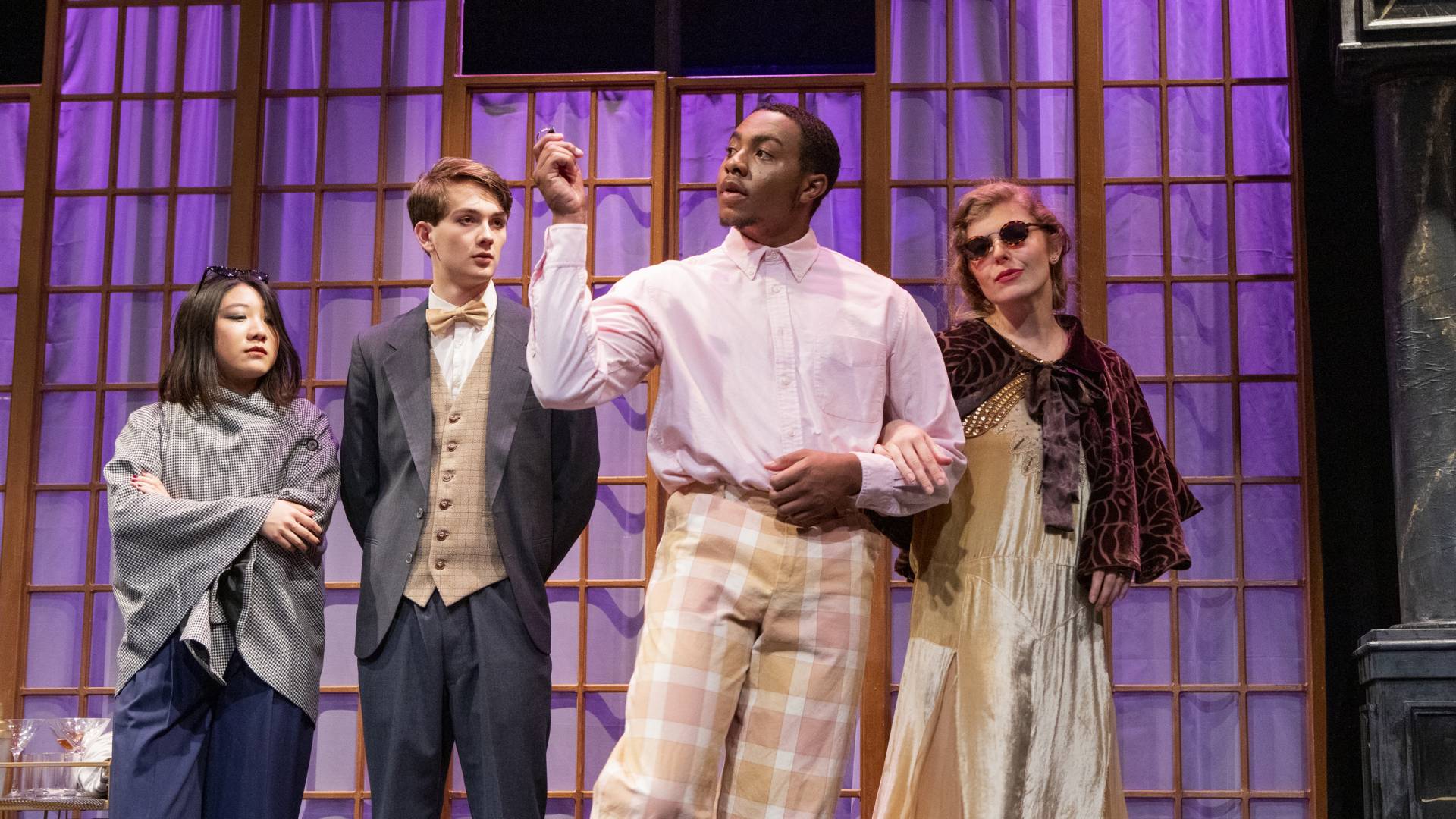 Princeton Summer Theater returns to the stage this summer with in-person performances and a season that takes audiences back in time to the jazz-infused 1920s, onto the golf course for a farce and then to civil-rights-era Detroit. With three main-stage plays, the season runs June 24-July 31 in Hamilton Murray Theater on the Princeton University campus. 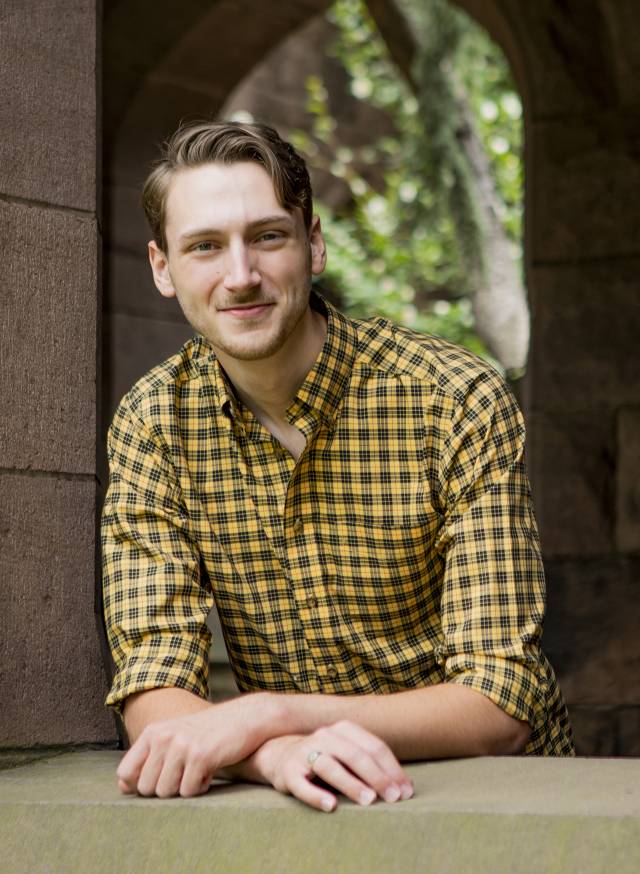 Ethan Boll, a member of Princeton’s Class of 2022, is the artistic director for the 2022 season of Princeton Summer Theater, a student-run company that presents three plays in six weeks. “Our lineup this season highlights the opportunities that we missed during the pandemic and we invite audiences to join us to celebrate the resurrection of live theater.” he said.

“This summer, we are thrilled to return to the stage after two long years away,” said Ethan Boll, the company’s artistic director and a member of the Class of 2022. “Our lineup this season highlights the opportunities that we missed during the pandemic, and we invite audiences to join us to celebrate the resurrection of live theater.”

The 52nd season of Princeton Summer Theater (PST) opens with “The Great Gatsby,” adapted for the stage by Simon Levy, on Friday, June 24, directed by Boll. It continues with Ken Ludwig’s “The Fox on the Fairway” and Dominique Morisseau’s “Detroit ’67.”

“We want our audiences to see live music and get swept up in the dream of ‘Gatsby,’ to laugh and come together as a community in ‘The Fox on the Fairway,’ and to respond to social issues and engage in post-show talkbacks with ‘Detroit ’67,’” Boll said.

A company of Princeton students and alumni

As is tradition, PST’s 2022 company includes several Princeton students and alumni, many of whom are pursuing careers in theater, film and opera. In addition to Boll, who plans to move close to New York City in the fall to focus on his interests in film and theater, other company members include: 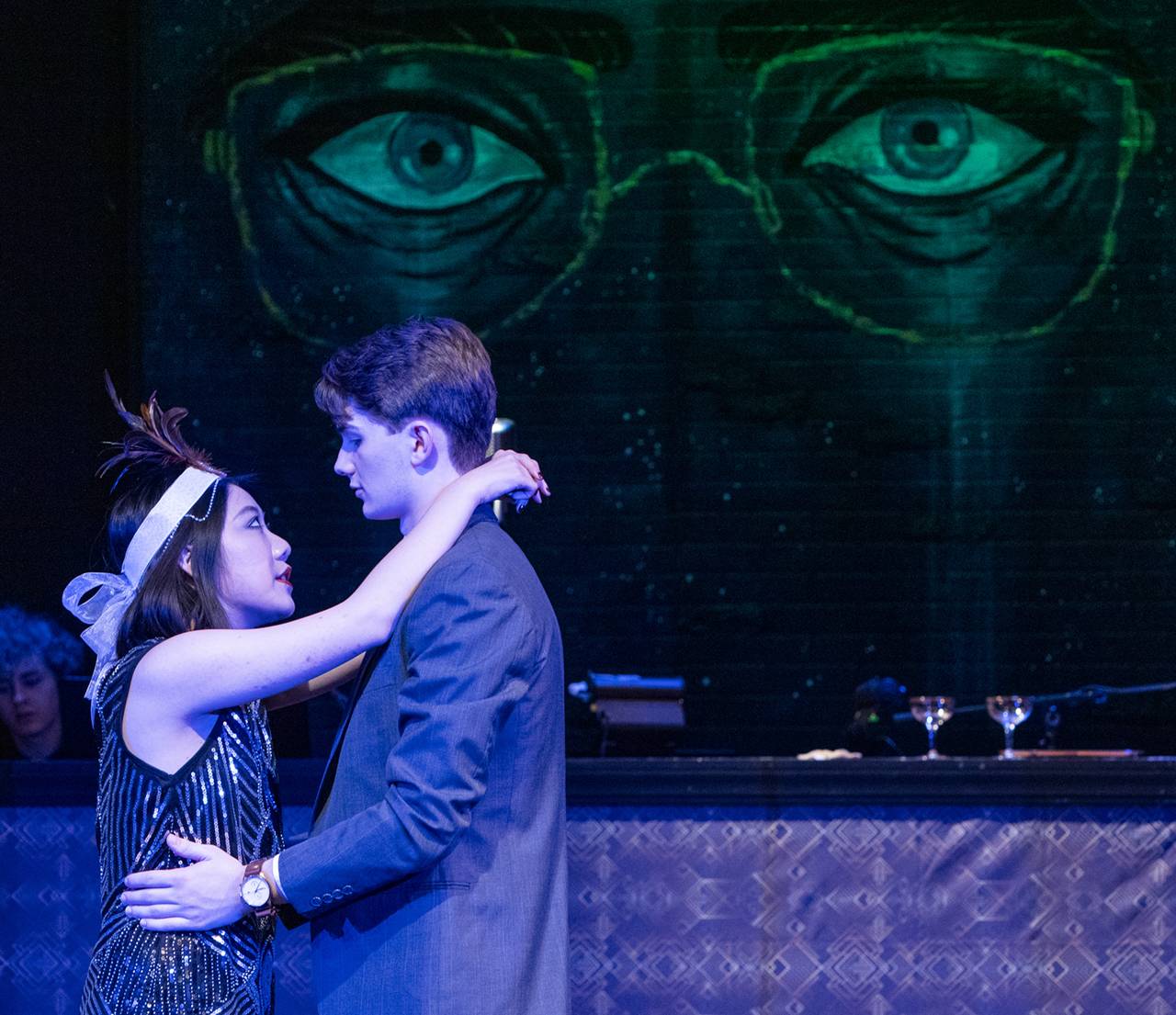 Boll, a concentrator in comparative literature who also earned a certificate in visual arts (for filmmaking), explored theater and film in a variety of ways during his time as an undergraduate.

Having appeared in high school productions of “Les Misérables” and “Titanic,” he arrived at Princeton already bitten by the theater bug. In fall of his first year, he was cast in a Lewis Center for the Arts workshop production of an original musical “Mad Dreams,” written and directed by Robert Sandberg, a lecturer in theater and English, with music by Vince di Mura, music director of the Lewis Center. “Mad Dreams” re-imagines Shakespeare’s “A Midsummer Night’s Dream” in 1961 as the first Black student enrolls at the University of Georgia. Boll also appeared in “Mother Courage” and a senior thesis production of “Legally Blonde.”

At Princeton, he also discovered his love of filmmaking and directing through courses and independent work. His senior thesis was a 30-minute live-action adaptation of five songs from “The Hunchback of Notre Dame: The Musical.”

“I think that my varied interests in literature, screenwriting, film, theater and Italian pushed me to take a mix of classes that gave me a very good education in directing,” Boll said. But he also credits Princeton’s Outdoor Action (OA) program, a multi-day outdoor and leadership experience that is part of first-year orientation. After taking an OA trip during his own orientation in fall 2018, Boll became an OA leader and then a leader trainer during the pandemic. 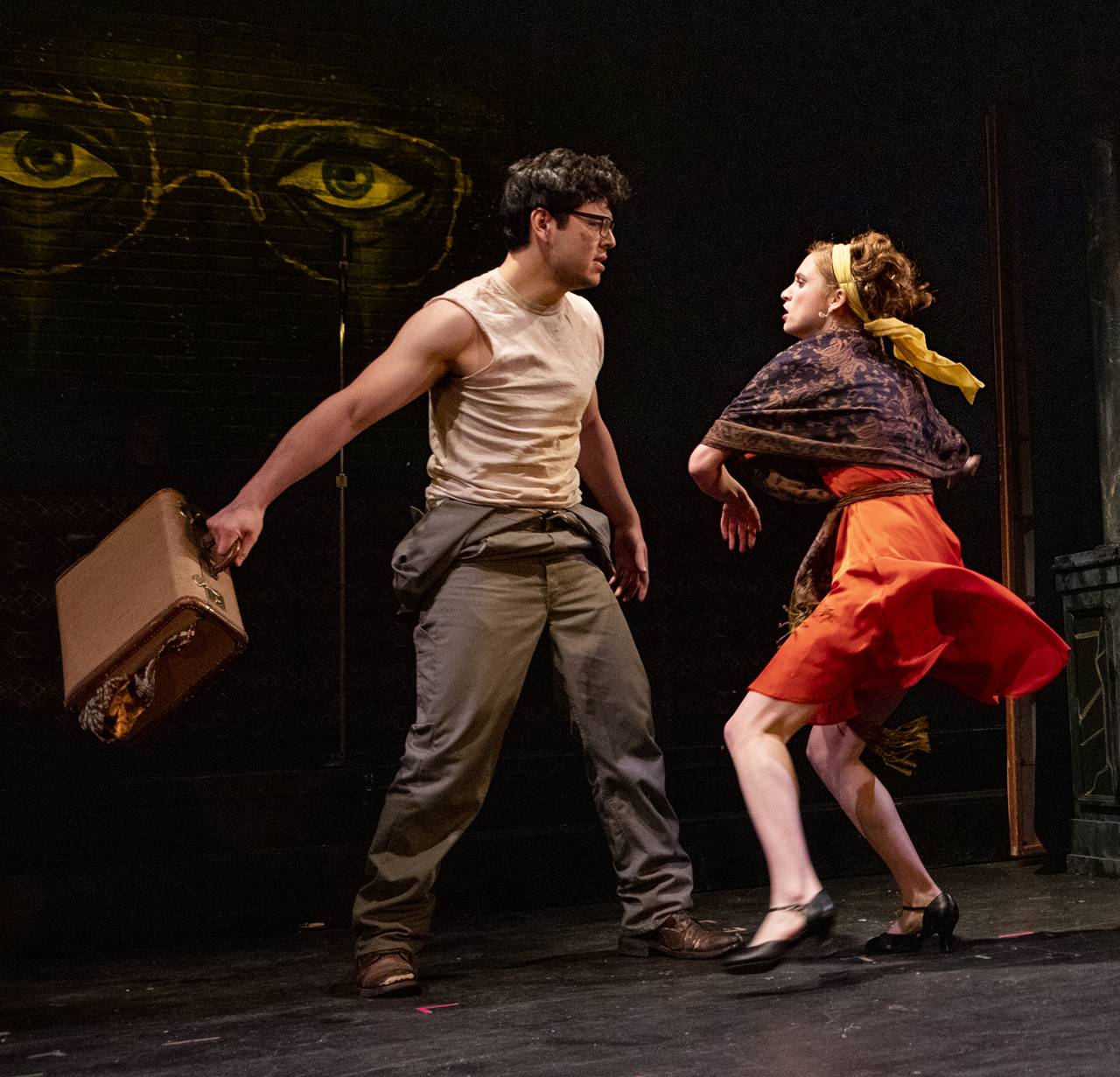 “Directing is a creative endeavor, but more than half of it is just leadership and group development,” Boll said. “If you asked any of the cast of ‘Gatsby,’ they’d tell you that I’m running the company like an OA trip. I am extremely thankful to OA for my personal growth as a leader and as an individual.”

The story behind the shows

The story of “Gatsby” is well-known to many, but Boll describes it this way: “Jay Gatsby passionately pursues his dreams, his ambition and the love of his life against an American society sometimes boiling with change, and sometimes rooted in the past.”

Boll has been enchanted with “Gatsby” since encountering the novel by F. Scott Fitzgerald in high school. “I’m a romantic idealist from a small town — Brunswick, Maine — with an outsized ambition and a firm conviction that the world is beautiful, and if it’s not, then we can make it that way. So, you can see how I might relate to the subject matter.”

He told the cast that his goal was to reinterpret and retell the story in a way that resonates today.

For “The Fox on the Fairway,” director Jacob Musgrove is adding at least one Princeton twist to this farce by Ken Ludwig, whose work has frequently been featured at McCarter Theatre Center. The costumes — which play their own “role” in this romp about two rival country clubs on the day of their annual inter-club tournament — will include sweaters in orange and black. The production runs July 8-17. 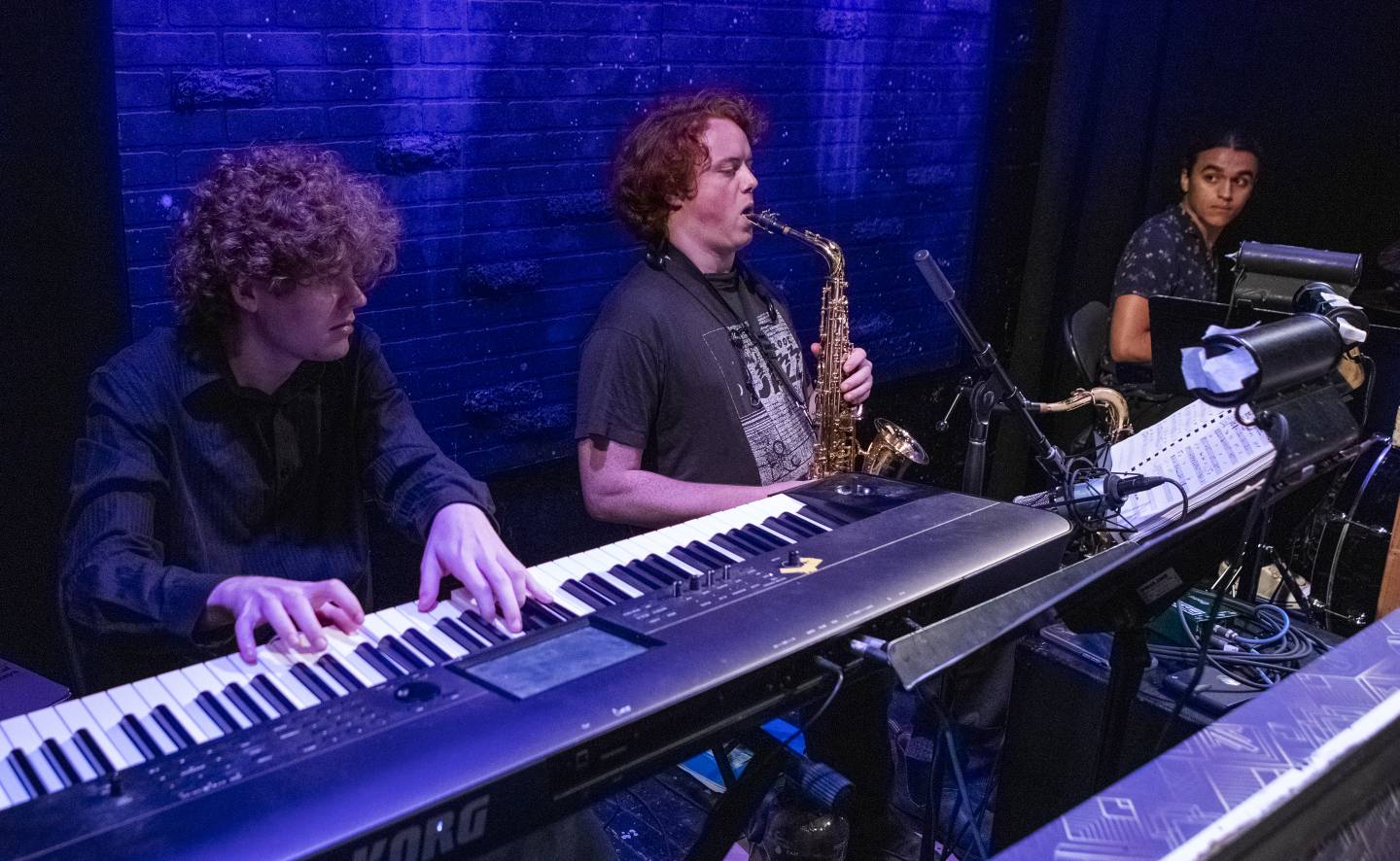 “When the charmingly sarcastic protagonist makes a wager he can’t back, he upends three love affairs and a golf tournament trying to set things right,” Boll said.

Boll describes “Detroit ’67’” as a poignant glimpse into the world of a Black family in Detroit during the 1967 racial unrest. The production, directed by Anike Sonuga, runs July 22-31.

When Lank and his sister Chelle convert their basement into an after-hours joint, Chelle wants to make ends meet and protect her family while Lank wants to rise above his station and own a bar. Everything changes when a mysterious white woman crashes into their lives just as the city boils over from social unrest.

“This show relies heavily on Black art and culture, especially Motown music, to build the world of the story,” Boll said. “I cannot wait to see what Anike and design team do with it.”

All patrons will be required to wear a mask while in the theater. Please read PST’s COVID-19 policy online before coming to the theater. 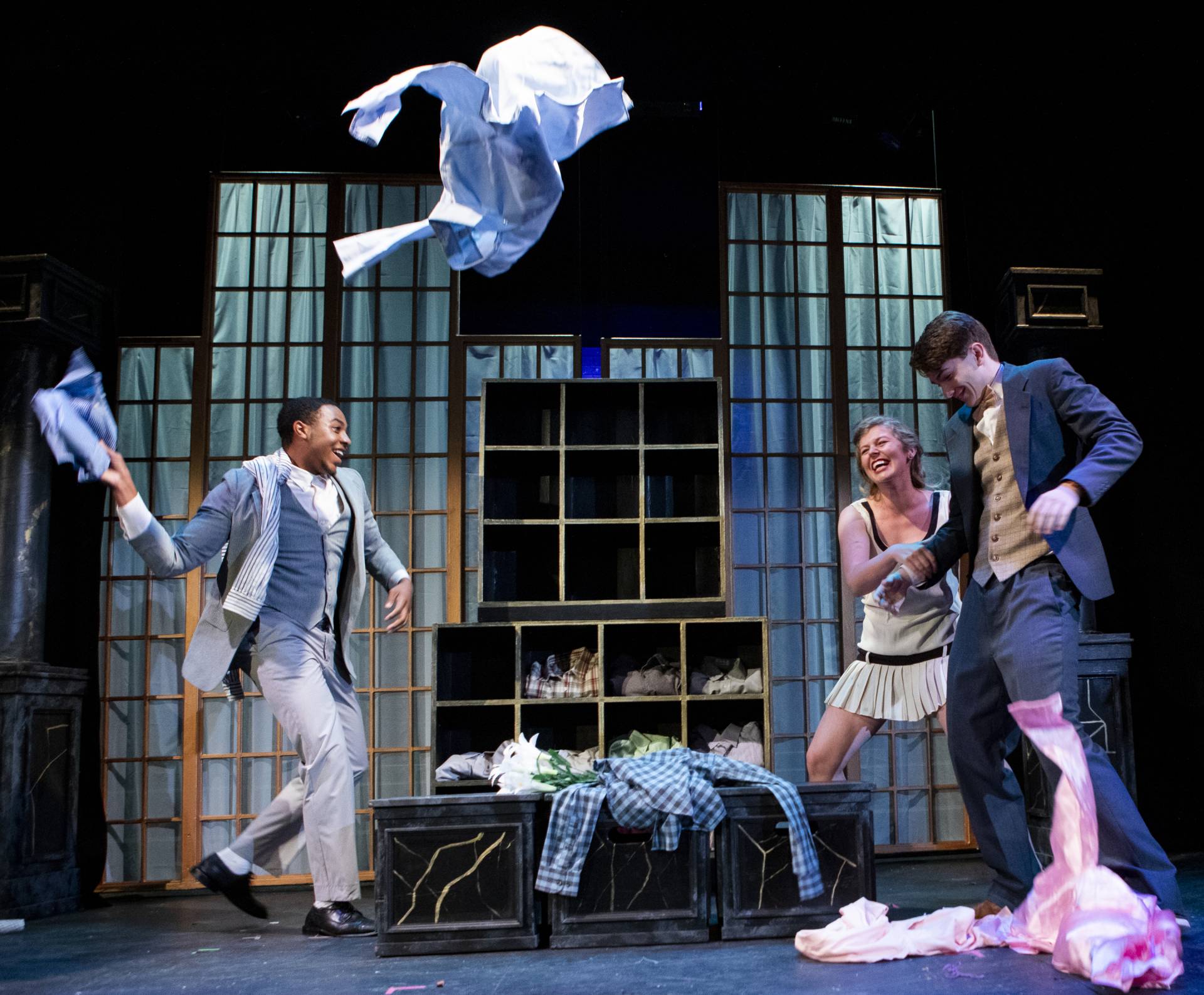