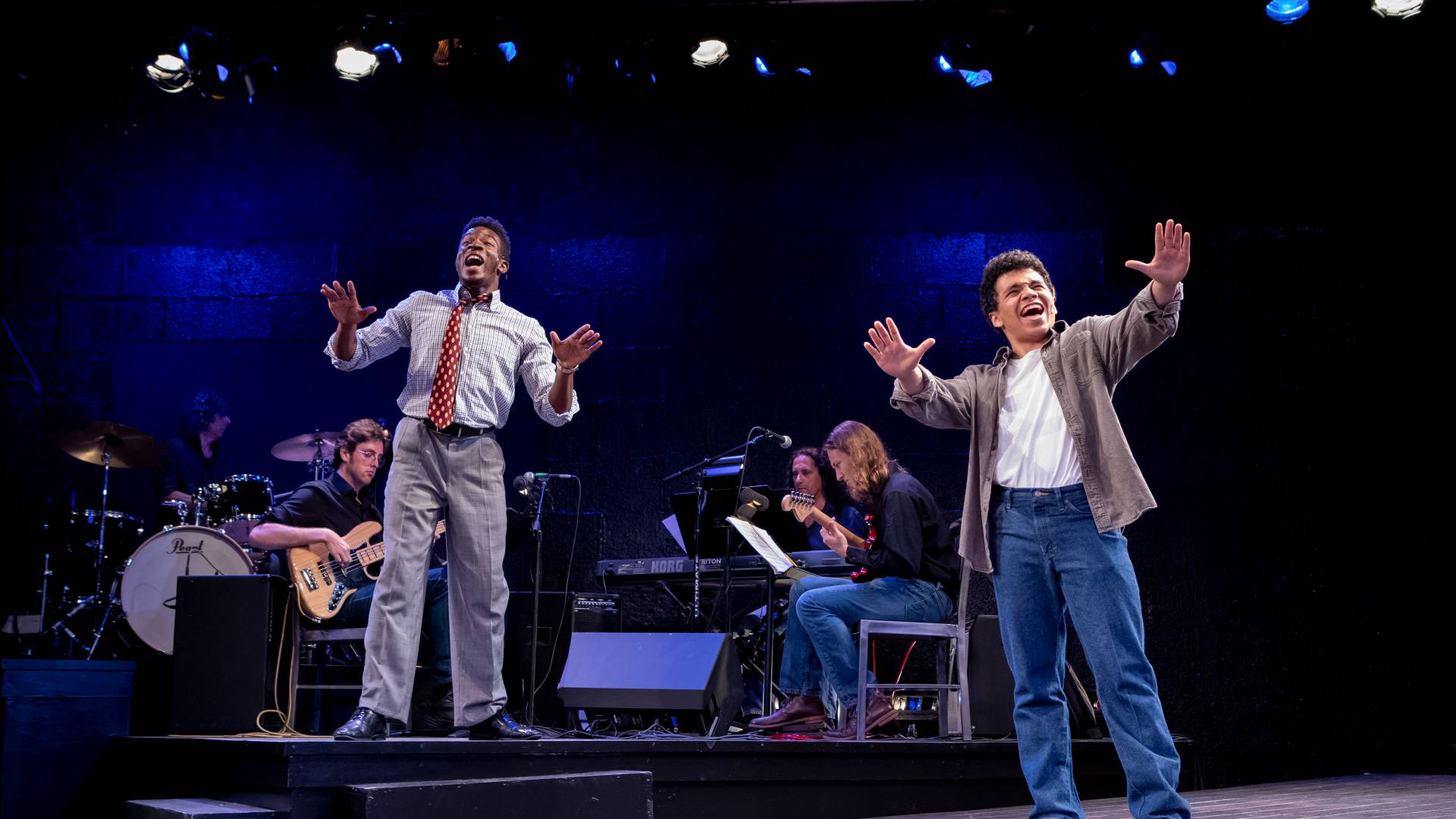 Princeton Summer Theater opens its 49th season with “Tick, Tick...Boom,” June 21-July 8, in Hamilton Murray Theater on the Princeton University campus. The rock/pop musical by Jonathan Larson tells the semi-autobiographical story of a composer searching for his big break.

Princeton Summer Theater will illuminate experiences big and small that define our lives with four main-stage plays and a children's show in nine weeks. The seasons runs June 21-Aug. 19 in Hamilton Murray Theater on the Princeton University campus.

"This summer's season explores self-discovery as seen through critical turning points in our characters' lives," said Daniel Krane, the company's artistic director and a member of the Class of 2018. "Whether facing graduation, an unexpected diagnosis, middle age or a scandal, the challenges these characters face test them and help each one find out what truly matters." 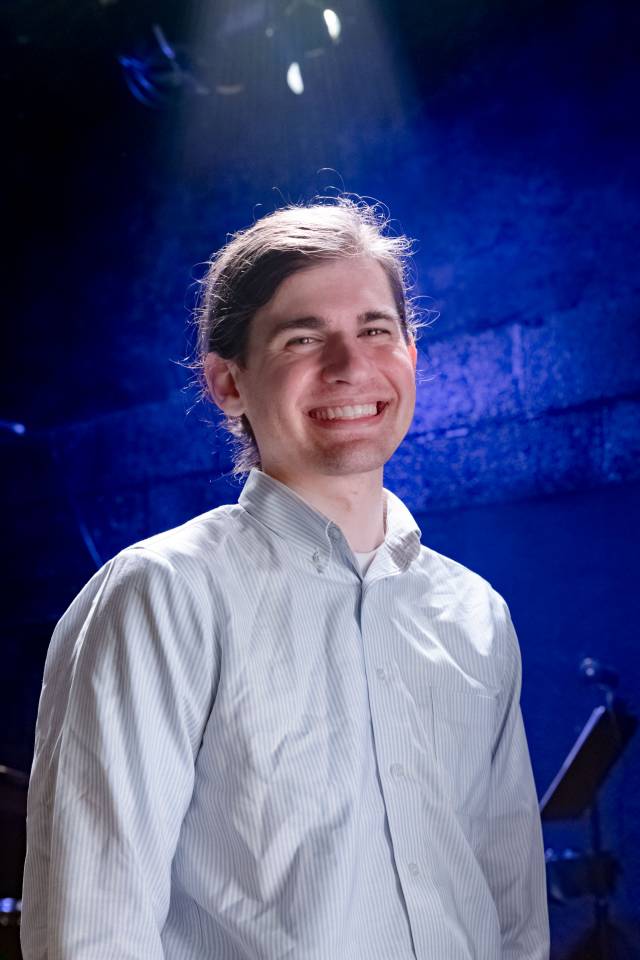 Daniel Krane, a member of Princeton’s Class of 2018, is the artistic director for the 2018 season of Princeton Summer Theater, a student-run company that presents four plays in nine weeks. "This summer's season explores self-discovery as seen through critical turning points in our characters' lives," he said.

The season includes the musical "Tick, Tick...Boom" by Jonathan Larson, "Uncommon Women and Others" by Wendy Wasserstein, "The Children's Hour" by Lillian Hellman and "The Baltimore Waltz" by Paula Vogel.

"With four brilliant takes on responding to adversity and change, these plays push us to closely examine our lives, to dream big and to fight for those we care about," Krane said.

Krane, a Spanish and Portuguese major who earned a certificate in theater, explored theater in a variety of ways at Princeton.

As a junior, he directed Caryl Churchill’s "Blue Heart" for Theatre Intime. He also served as artistic director of the student-led Princeton Shakespeare Company. During his senior year, the Lewis Arts complex opened, and Krane was able to experience the new theater spaces and creative possibilities on campus. He directed a piece with Theatre for One for the Festival of the Arts, which celebrated the opening of the complex, as well as a workshop production of Andrew Lovett’s original comedic opera, “The Analysing Engine.” He served as dramaturg on a senior dance and visual arts thesis, “Can You Taste It?” and helped facilitate a series of conversations around race and theater with the Program in Theater. His senior coursework at the new arts complex included a directing workshop, a studio on theatrical design and a lighting design class.

Krane said playwriting courses “cemented my love of theater,” and acting and directing workshops taught the “essential tools I use whenever I work with actors and showed me how to watch theater critically." Through the course "The Artist-Citizen: Making Socially Engaged Art in the 21st Century," Krane said he was “pushed to examine how art can be a vehicle for social change."

Character development, one moment at a time

The 49th season of Princeton Summer Theater (PST) opens with "Tick, Tick...Boom," the semi-autobiographical story of a composer searching for his big break — Larson created the hit musical "Rent" — on Thursday, June 21, directed by Victoria Davidjohn, a member of the Class of 2019 and English major who is also pursuing certificates in theater and music theater. The musical runs through July 8.

"I'm thrilled to be directing a show that has served as a blueprint, of sorts, for many college-aged artists who are just starting out and are curious to know what life might be like through the next 10, 15 years of a career," said Davidjohn, who directed her first production at Princeton — "In the Heights" by Lin-Manuel Miranda — her sophomore year.

The season continues with "Uncommon Women and Others" — which follows a group of friends at Mount Holyoke College during their senior year in the mid-1970s trying to hold onto their friendships as they prepare to head out into the world — from July 12-22, directed by Krane.

Krane said he was drawn to the play's "honest and relatable portrayal of friendships and identities in uncertain transition at the end of college, something many of my collaborators in PST and I are living through ourselves."

Through a partnership between Princeton's Program in Theater and the Public Theater in New York City, Krane and Davidjohn were interns last summer with Public Works, a community-based theater program run by the Public Theater.

PST's 2018 company includes several Princeton students and alumni, many of whom are pursuing careers in theater.

Maeli Goren, a 2015 alumna who has directed with PST in previous years, has been directing and working professionally in theater in Chicago and will begin her first year at the Yale School of Drama's MFA directing program this fall. She will direct Hellman's drama "The Children's Hour," July 26-Aug. 5.

Goren said the play reflects the theme of life's turning points through the dynamics of a group of girls in boarding school, calling it "a story about identity and who has the power to choose it."

Nico Krell, a 2018 graduate who directed last year's "The Crucible” for PST, will direct "The Baltimore Waltz," about one sibling's attempt to confront her ailing brother's terminal illness, Aug. 9-19. "Confusion with life's injustices and denial are at the core of 'Baltimore Waltz,'" said Krell, who intends to pursue a career in directing theater in New York.

In the gallery below, take a peek at the rock/pop musical "Tick, Tick...Boom." The photos were taken by Denise Applewhite of the Office of Communications, during a rehearsal on June 18.

Season subscriptions for the main stage series are $79; a three-show subscription is $65. Single tickets are $29.50 for general admission; $24.50 for matinee performances and students with valid ID. Subscriptions and single tickets are offered online; by calling the theater’s box office at 732-997-0205, Tuesdays through Sundays, 11 a.m. to 8 p.m.; or by emailing box@princetonsummertheater.org.

Science on stage: Programming for children

Princeton Summer Theater will present the children’s show “Greetings from Mars” written by Annika Bennett, a 2015 alumna who directed “God of Carnage” for PST in 2016 and wrote the children’s shows "Amelia Earhart Forever," “The Owl and the Pussycat” and “How Thumbelina Found Her Wings,” for previous PST seasons. "Greetings from Mars" is a romp through the solar system and a playful exploration of scientific discovery, dogs in space and how friendships can transform even a lonely red planet.