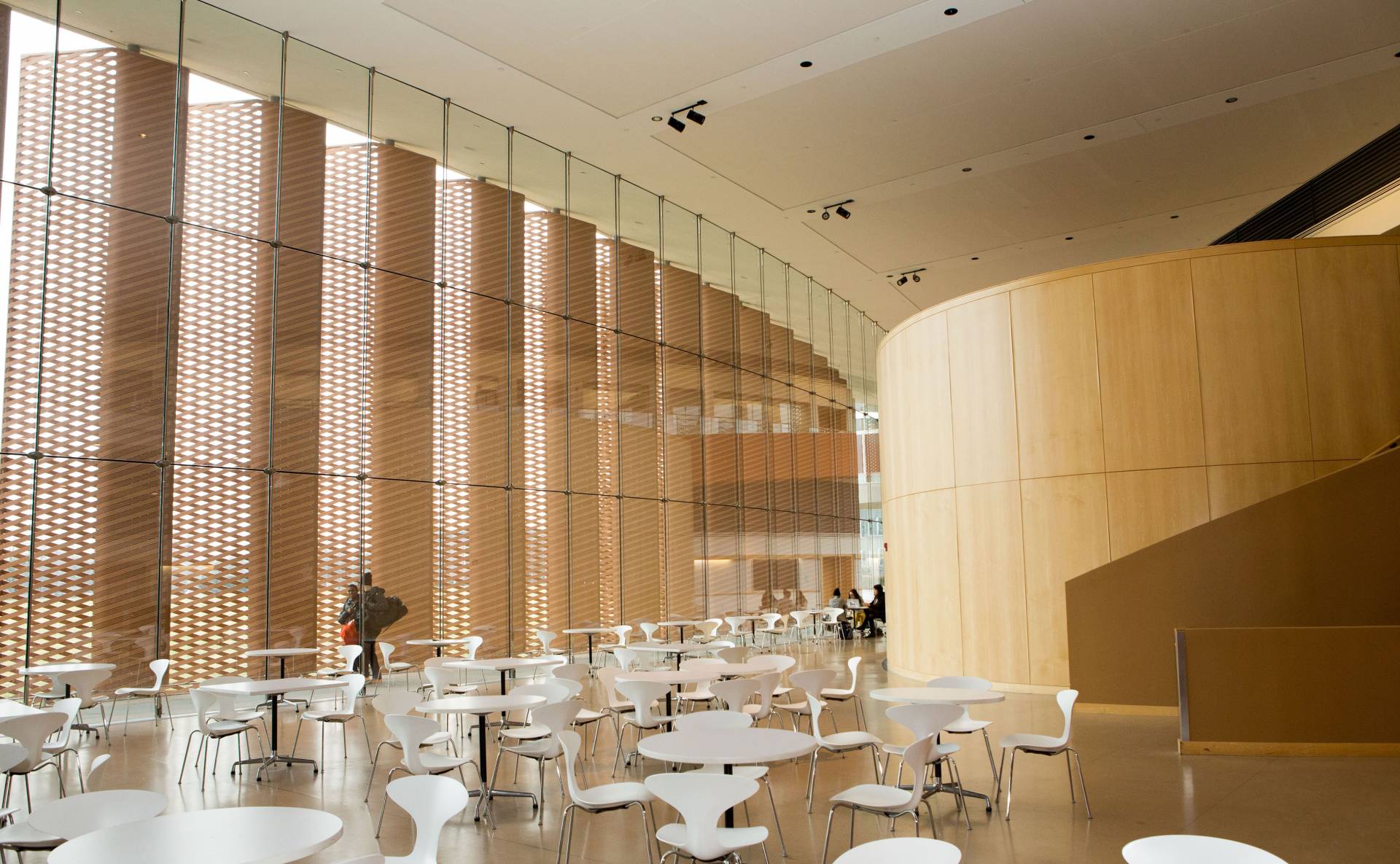 Icahn Laboratory is one of several buildings on campus housing the labs that collectively make up the Center for the Physics of Biological Function, a new Princeton-CUNY collaboration to investigate biophysics.

The National Science Foundation (NSF) has awarded $13 million to create the Center for the Physics of Biological Function, a joint endeavor between Princeton University and the City University of New York that will be headed up by Princeton biophysicists William Bialek and Joshua Shaevitz.

The new center will tackle a deceptively simple question: What does modern physics reveal about life itself?

Most of the funding is earmarked to bring new people to campus, from undergraduates who will participate in a summer science program to postdoctoral fellows who will be free to work with any or all of the 14 faculty members that make up this new center. In addition, each of the Princeton and CUNY professors will have visiting status at the other university to facilitate collaboration among the six theorists and eight experimentalists involved.

“All the labs involved in this endeavor are successful on their own. What we’re trying to do is to get them to talk more to each other,” said Shaevitz, a professor of physics and the Lewis–Sigler Institute for Integrative Genomics who also directs the graduate program in quantitative and computational biology.

“All of us think there are commonalities and themes — that aren’t being explored — that link these different systems together,” he said. “That takes people. There’s no [equipment] that can do that for you. You have to have a scientist who sits there and interacts with two or more different groups and thinks hard about how these all link together.”

“Many of us have been working together, in various combinations, for many years,” said Bialek, the John Archibald Wheeler/Battelle Professor in Physics and the Lewis-Sigler Institute for Integrative Genomics, who also directs the biophysics certificate program for undergraduates.

The center’s research fellows, tied to no one lab but linked to them all, will have the freedom to create new research projects that draw from many areas. “It’s a new way to initiate the science, which I think is really exciting,” said Mala Murthy, an associate professor of molecular biology and the Princeton Neuroscience Institute (PNI).

“The critical part here is that you want to start interacting early, so the experiment can inform the theory and vice versa, so the theory builds hypotheses, and then those hypotheses can be directly tested with the next round of experiments,” she said. "This back and forth is critical for refining the hypotheses and building new ones, and really advancing the science.”

That prospect excites many of the scientists involved in the new center.

“Faced with the same phenomenon, biologists and physicist typically ask different questions,” said Bialek. “The center is exciting because we’re assembling a community that’s interactive in a whole variety of ways. There’s been something bubbling about what you can do at the border of physics and biology,” he said.

“A special part of the Princeton community has been the especially close collaborations between theorists and experimentalists. Out of these diverse efforts one can see the outlines of something more unified, a physics of life that is expressed through general principles yet engages with the details of particular systems.”

The researchers are eager to bring young scientists into this “space in between departments,” said Bialek. To engage prospective scientists early, the center will organize a summer school for advanced undergraduates. “We want to give them a sense of what the opportunities are, show them what’s possible,” he said.

Summer science programs exist in many places, noted Shaevitz, but none focuses on what Bialek called the “hardcore interaction” between physics and biology.

“A lot of times, undergraduate students just don’t get exposure to the kinds of research we’re doing,” Shaevitz said. “Physicists do not typically see biology in their education. … At the same time, I think traditional biology majors don’t necessarily get to delve into the kinds of experiments and the kinds of theories that physicists might be applying to what they’re thinking about.”

With this new center, Bialek and Shaevitz hope to change that. “This is an opportunity to get younger students, who may only have an inkling that they’re interested in this stuff, and really show them what the potentials are, the power — you give them some of the tools to be successful in research,” said Shaevitz.

The Princeton faculty members in the new center are:

Ned Wingreen, the Howard A. Prior Professor in the Life Sciences; professor of molecular biology; professor and associate director the Lewis-Sigler Institute for Integrative Genomics and associated faculty in physics, Princeton, theorist.