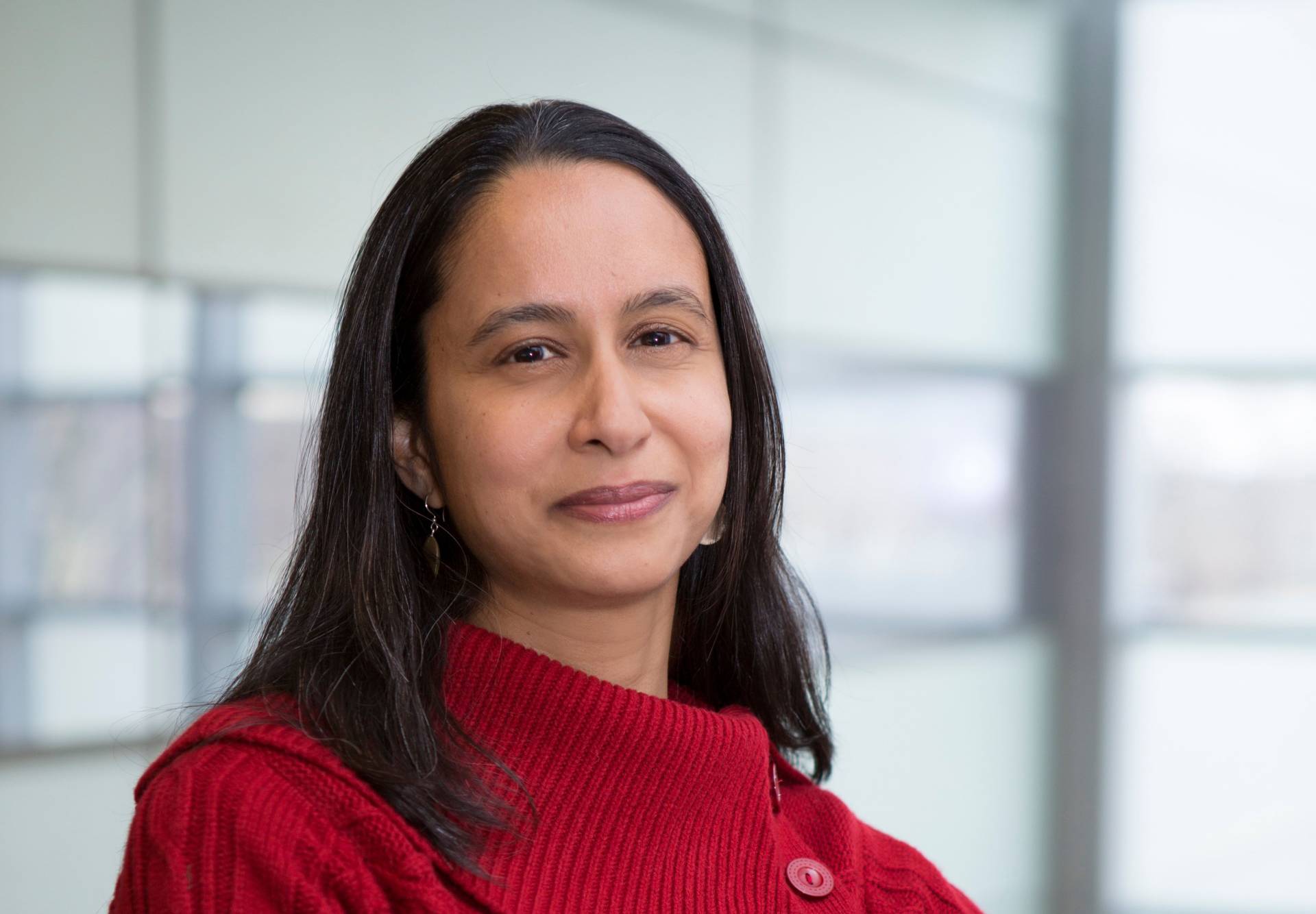 Mala Murthy, an associate professor of molecular biology and the Princeton Neuroscience Institute and a Howard Hughes Medical Institute faculty scholar, leads a team of researchers who are investigating how the brain processes social cues by looking at the courtship interactions of the vinegar fly.

Mala Murthy is leading a team of Princeton researchers that has received a $2.2 million grant to investigate the brain’s mechanisms at work in social interactions between two animals, from processing each other’s cues to generating complex behaviors in response.

The research was selected by the National Institutes of Health for funding related to the federal Brain Research through Advancing Innovative Neurotechnologies (BRAIN) Initiative.

“The BRAIN Initiative is absolutely critical for supporting pioneering projects like ours that aim to uncover fundamental principles of brain function,” Murthy said.

Impairments in processing social information and generating appropriate responses underlie several human disorders, including Parkinson's disease and autism spectrum disorder. The work will focus in particular on the courtship interactions of the vinegar fly, Drosophila melanogaster.

“During courtship, flies both process myriad sensory cues from their partner and generate a number of dynamic behaviors, including the production of courtship songs,” Murthy said. The researchers will use this model system to uncover general principles of neural circuit function that will inform studies of sensorimotor integration in more complex systems.

The BRAIN Initiative is a large-scale effort to push the boundaries of neuroscience research and equip scientists to understand and treat a wide variety of brain disorders including Alzheimer’s disease, schizophrenia, autism and traumatic brain injury.

The highly interdisciplinary project involves state-of-the-art methods in neural circuit analysis, behavioral analysis and theoretical modeling, so the researchers assembled “a multi-PI group” that covers all relevant expertise: Murthy herself, an associate professor of molecular biology and the Princeton Neuroscience Institute (PNI) and a Howard Hughes Medical Institute faculty scholar; William Bialek, the John Archibald Wheeler/Battelle Professor in Physics and the Lewis-Sigler Institute for Integrative Genomics (LSI); Jonathan Pillow, an associate professor of psychology and the PNI; and Joshua Shaevitz, a professor of physics and the LSI.