This summer, a jaw-dropping 3,000 undergraduates from dozens of countries have registered for “Physics of Life,” a biophysics summer school offered by the joint Princeton–City University of New York Center for the Physics of Biological Function (CPBF).

With the summer school, the CPBF faculty are hoping to help students bridge the traditional gulf between physics and biology. The summer school program is targeted to physics majors with an interest in biology, but enrollment is open to any undergraduate.

“We want to show you how elements of what living systems do connect to things you've learned in physics classes,” said Joshua Shaevitz, a professor of physics and the Lewis–Sigler Institute for Integrative Genomics (LSI), as he addressed students in the first online session, which focused on motion and pattern formation in bacteria. 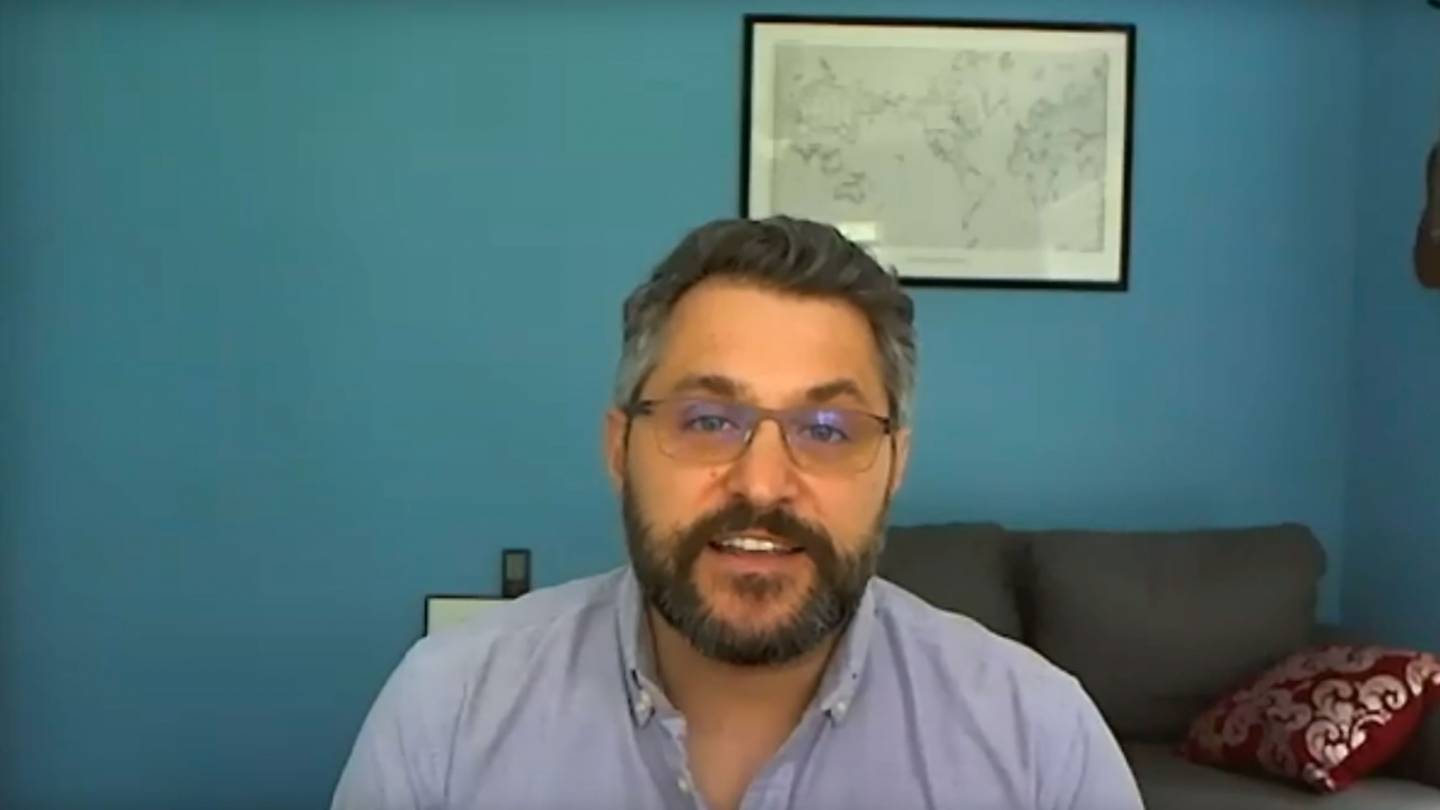 Biophysicist Joshua Shaevitz is one of the co-directors of the NSF-funded Center for the Physics of Biological Function, which has hosted a two-week intensive summer school on the Princeton University campus since 2018. This year, in response to the global pandemic, the “Physics of Life” summer school has gone online, with one-hour discussion sessions accompanying one-hour lectures each Monday. Here, Shaevitz greets students during the first session on June 15.

Video courtesy of the Center for the Physics of Biological Function

This is the third summer for the Physics of Life summer school, and the enrollment has jumped a bit from the 24 students who attended the in-person two-week intensive program in previous years. So far, more than 3,000 students registered, more than 1,000 attended the first live events online, and more than 850 have watched the first lecture on the CPBF YouTube Channel.

“I had underestimated how popular this would be,” Shaevitz admitted with a laugh.

“One of the things that we've enjoyed about doing this in person [in past years] was really getting to know students from a wide range of backgrounds; that's obviously going to be much more difficult here,” said William Bialek, the John Archibald Wheeler/Battelle Professor in Physics and the LSI who co-directs the CPBF with Shaevitz.

“On the other hand, there are already 25 times as many of you as we can accommodate when we bring all of you to one place,” Bialek told the students participating in the live broadcast on June 15. “We're hoping that the spirit of being able to have a dialogue with people from around the world will outweigh the cost of not being able to do it in person.” 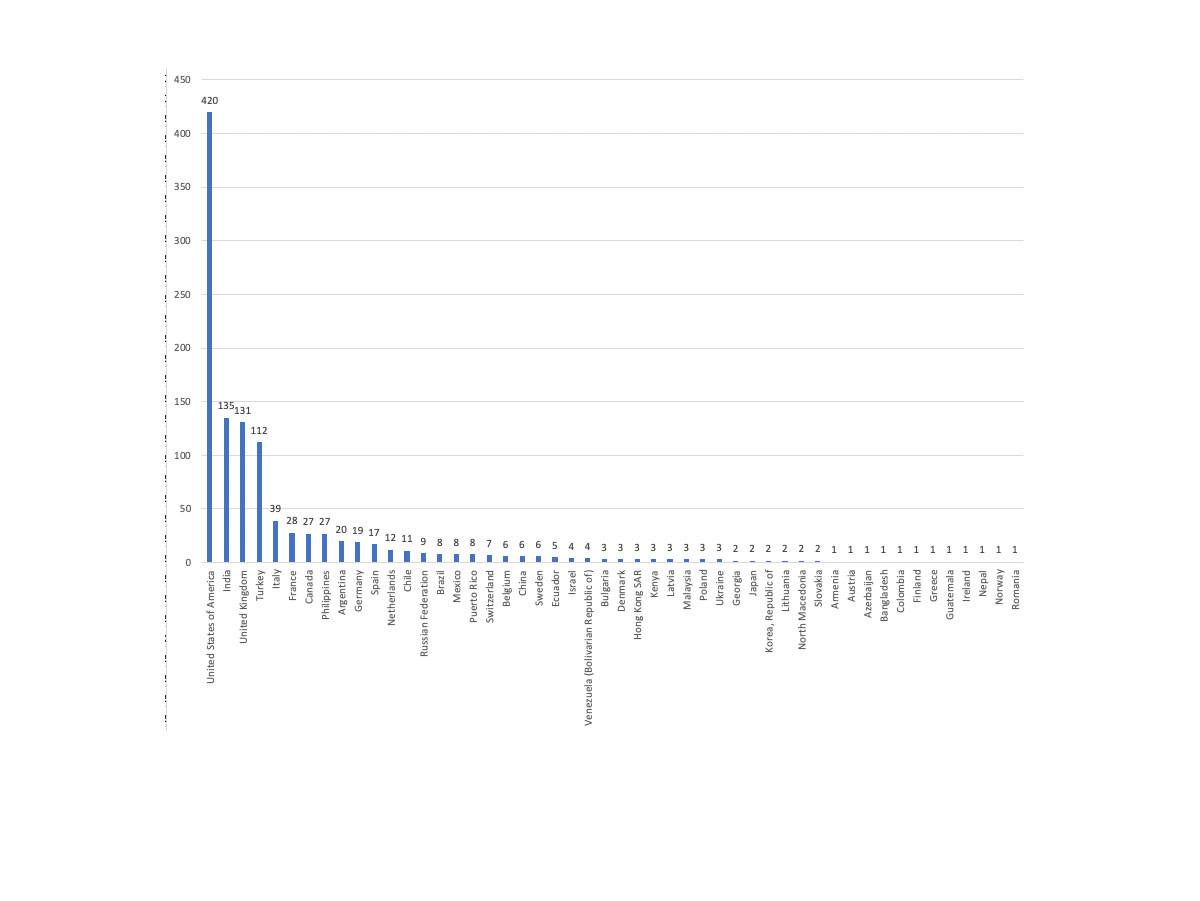 As this attendance chart shows, more than 1,000 students from around the world participated in the first “Physics of Life” Zoom session, which was held at 11 a.m. ET. 420 students watched from the United States (left), and India, the United Kingdom and Turkey each had more than 100 students participating as well. While a few watched live from the other side of the globe (including 3 students each from Hong Kong and Malaysia, where it was the middle of the night!), most Asian students have opted to watch the sessions later on YouTube.

Graph courtesy of the Center for the Physics of Biological Function

To maintain as much interactivity as possible, students are encouraged to email questions in advance, after reading each week’s assigned papers. Other possibilities that sprang up during the first live discussion session were real-time question and answer dialogues in Zoom chat, a student-organized chat on GroupMe.com, and there are rumors of an upcoming dedicated Slack channel.

The Center for the Physics of Biological Function, a joint effort between The Graduate Center at CUNY and Princeton University, is one of 11 Physics Frontier Centers established by the Physics Division of the National Science Foundation Directorate for Mathematical and Physical Sciences.

“The Physics Frontiers Centers Program is designed to not only foster research at the scientific frontiers, but also to provide enhanced educational experiences for the next generation of researchers,” said Jean Cottam, deputy director of NSF’s Division of Physics. “Pioneering creative new approaches to education that broadly engage students is a hallmark of the program.”