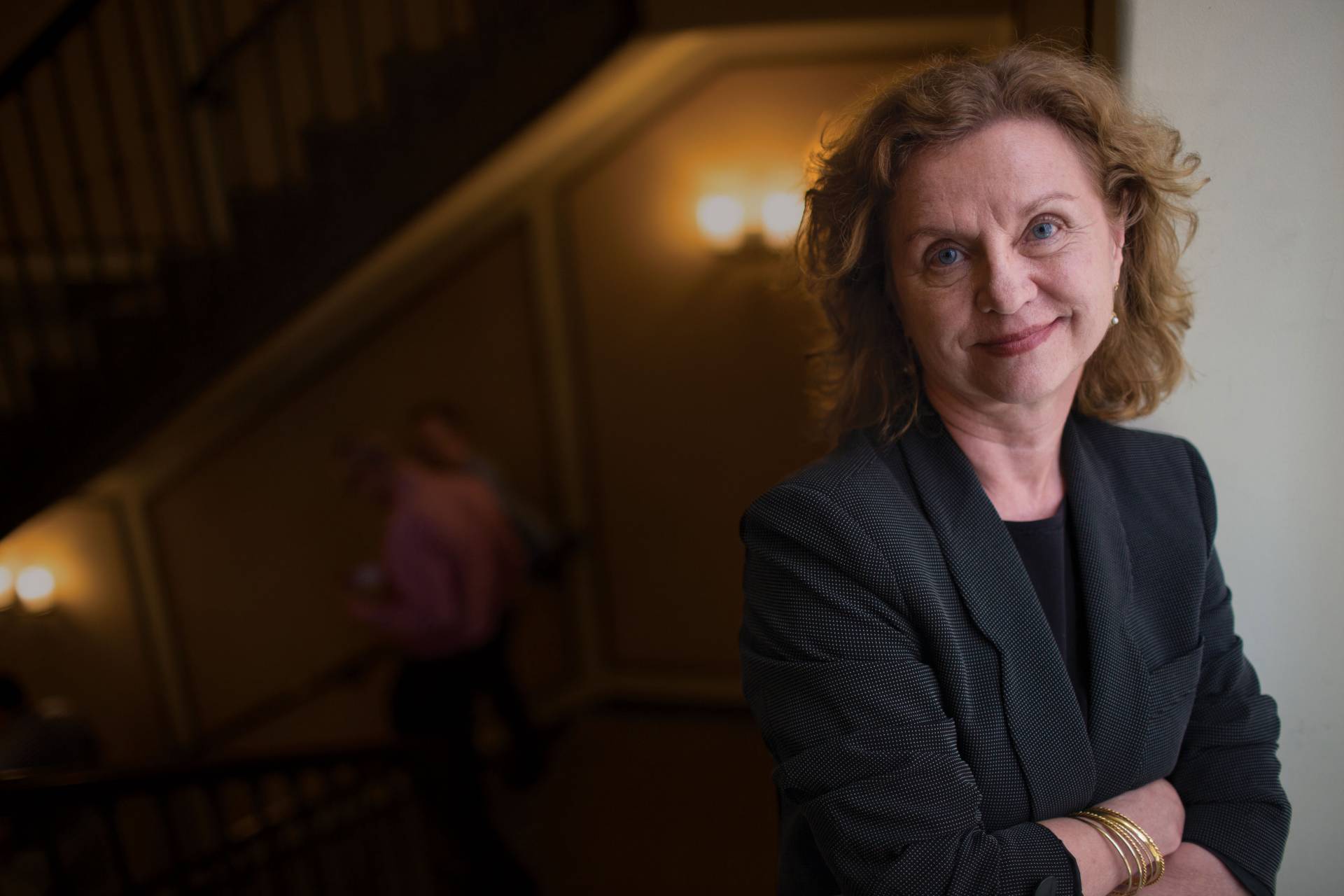 Better decision-making for the planet

Yasemin Saplakoglu for the Office of the Dean for Research

Elke Weber studies the science of human behavior with the goal of encouraging environmentally responsible behavior.

We might think we have control of the mix of decisions we make during the day. But it turns out that our brain gives us subconscious nudges, preferring some choices over others.

Elke Weber, the Gerhard R. Andlinger Professor in Energy and the Environment, studies how the science of human behavior can inform policies that encourage people to make good choices for the environment.

“For far too long, we’ve assumed that people’s decisions are rational,” said Weber, who is also a professor of psychology and public affairs in the Woodrow Wilson School of Public and International Affairs, as well as the associate director for education at the Andlinger Center for Energy and the Environment. “My research asks, in what ways can we understand what goes on in the brain and use that knowledge to help us all make better decisions?”

Weber researches how to design solutions to society’s greatest problems, such as climate change. “It turns out we can do some psychological jiujitsu to convert seemingly negative choices into something positive,” Weber said.

In the field of psychology, this is called “choice architecture.”

For example, merely renaming a choice to avoid negative associations can make an impact on people’s decisions. Weber and colleagues found that airline passengers were far more willing to pay a surcharge to combat climate change if the fee was called a “carbon offset” instead of a “carbon tax.”

Another aspect of choice architecture comes into play when talking about present versus future activities. Climate change seems far off to many people. But people tend to make choices based on the present or the immediate future, which psychologists call presence bias. “We focus on the here and now, which makes evolutionary sense,” Weber said. “If you might not survive until tomorrow, what’s the point of planning for next year?”

One way to combat presence bias is by tapping into people’s desires to be remembered in a positive light, Weber and colleagues at Columbia University and the University of Massachusetts-Amherst found. If first prompted with questions about how they would like to be remembered, individuals are more likely to think about their future rather than their present selves, and therefore make pro-environmental choices. The research, funded in part by the National Science Foundation, was published in Psychological Science in 2015.

Then there’s our inability to concentrate on more than one option at a time when we are presented with a choice. Weber and her colleague Eric Johnson, a business and marketing professor at Columbia, coined the “query theory” to explain how people internally generate more arguments favoring the first option they consider, temporarily inhibiting arguments in favor of all other options.

When a “default” option is given, it becomes the option we think of first, which puts it at an advantage. Weber gives the example of a hypothetical electric utility company that offers customers the opportunity to switch to “green” energy.  Typically, fossil fuel energy is the default option, and few customers end up switching to the cleaner though somewhat more expensive green power. In contrast, when in lab and field studies the company made it the default option to choose “green” energy, a large majority of customers did just that. “In terms of what influences people’s decisions, the million-dollar question is which option gets considered first,” Weber said.

Weber’s research demonstrates that changing the way choices are presented can play a role in conserving the environment through influencing people, the instigators of our warming planet.