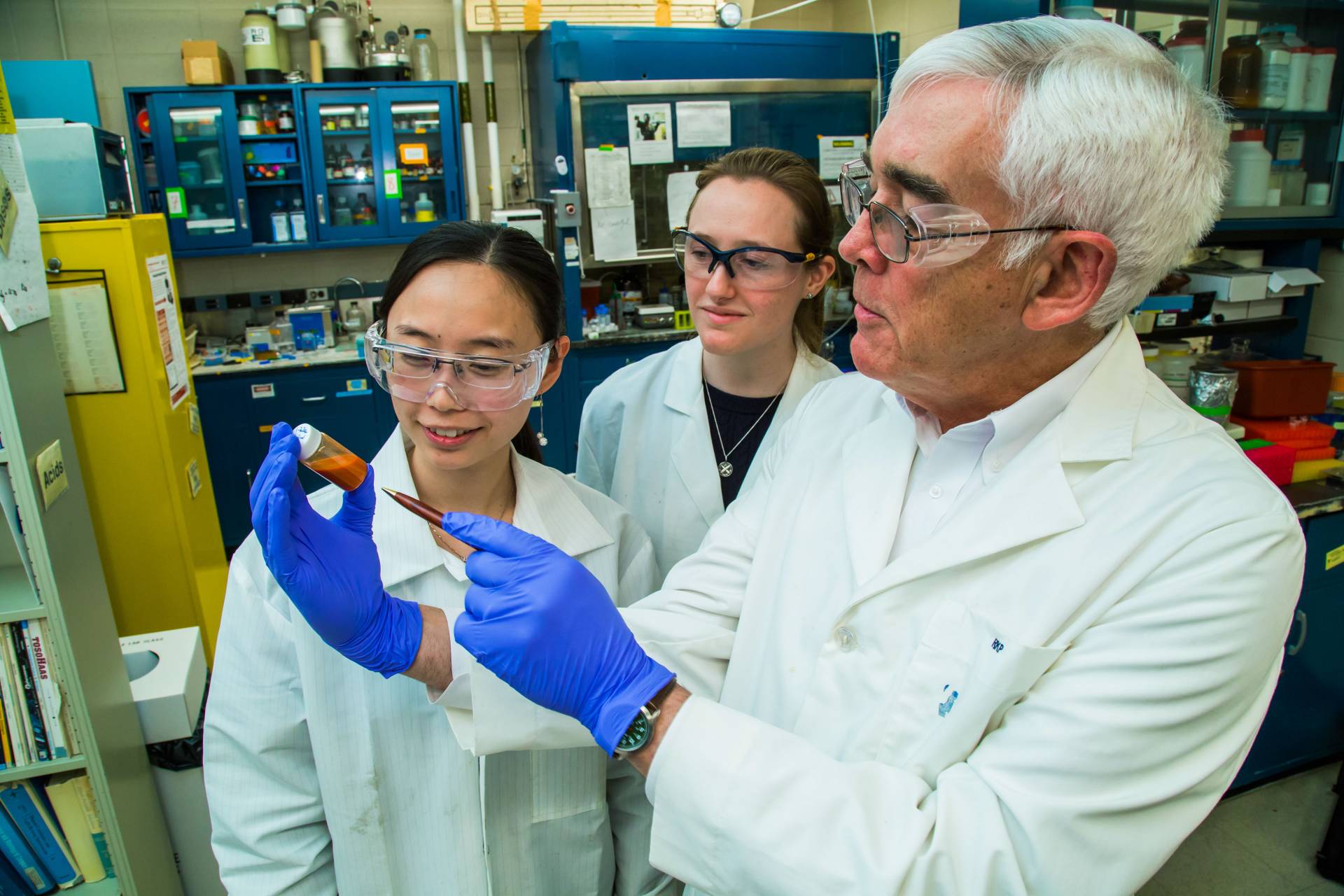 From left, Joanna Zhang, a postdoctoral researcher;  Ellen Dobrijevic, Class of 2017;  and Robert Prud’homme, a professor of chemical and biological engineering, work to increase medicines’ effectiveness in the developing world.

By the time Princeton professor Robert Prud’homme visited the Bill and Melinda Gates Foundation in Seattle two years ago, his technology for encasing medicine in ultra-small particles had already led to new drug delivery approaches for high-value medical applications, including oncology.

But Gates Foundation officials posed a new challenge: They wanted to use the technology to produce pediatric drugs to combat widespread killers in the developing world. That meant the drugs had to be cheap and easy to produce in massive volume, they had to be stable for long periods in hot and humid conditions, and they had to work as a single dose administered by mouth. And, most important, they had to be effective in circumstances in which other drugs had failed. Prud’homme, who has been developing the technology for the last 15 years, said the tasks were difficult but doable.

The Gates Foundation agreed and recently put Prud’homme’s method on the fast track for use in developing countries where malaria, tuberculosis and other life-threatening diseases are endemic. The focus of the effort is the special challenges of developing children’s medication.

“We’ve had to learn all these things about the volume of liquid an infant can swallow, how you administer a drug to children who won’t swallow pills, and how color and taste play a role in drug acceptance. So, there’s a lot of sociology that goes into it,” said Prud’homme, a professor of chemical and biological engineering. “We’re learning more than we’re teaching.” 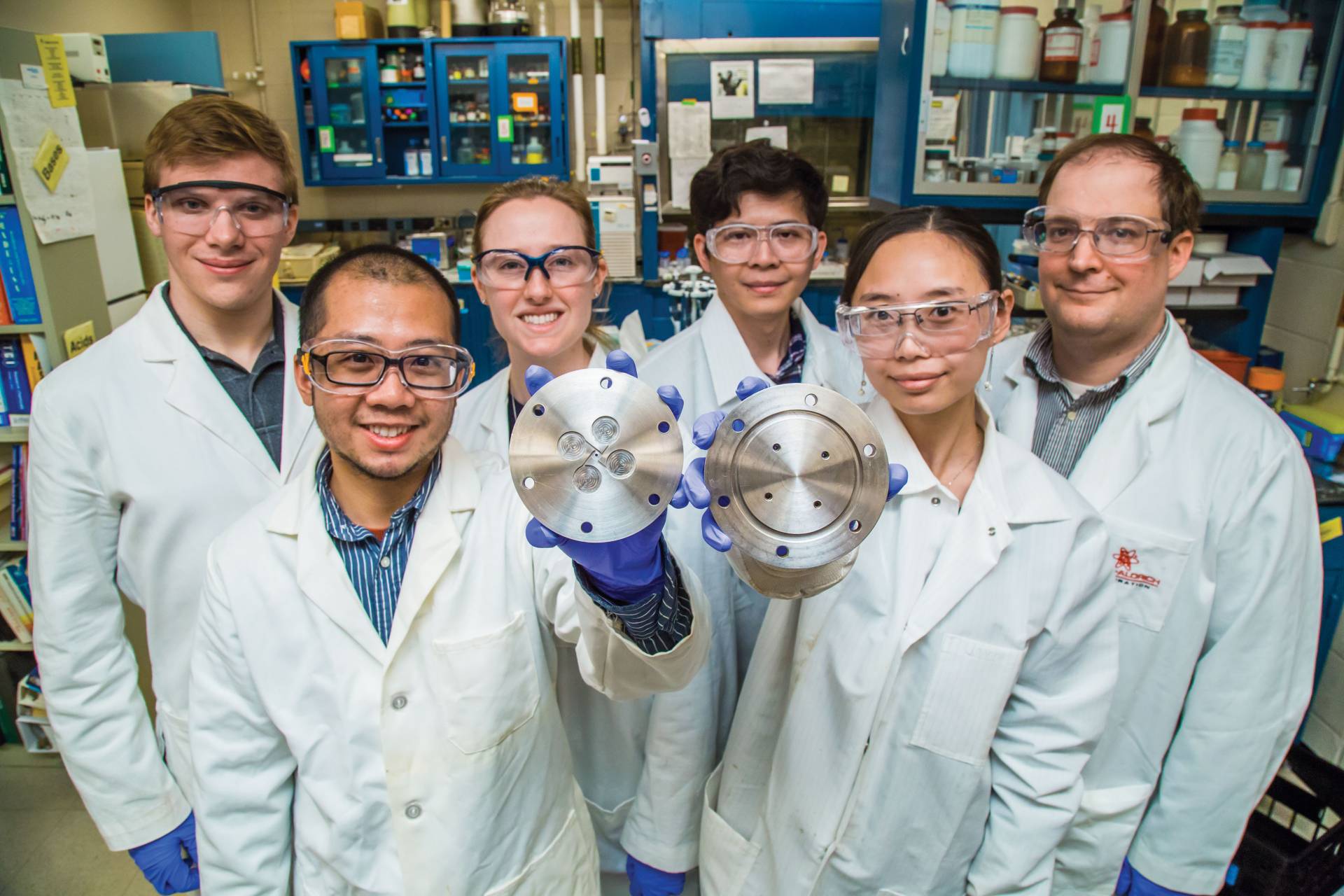 The $1.2 million grant was one of just three awarded by the Gates Foundation in 2016 for novel technologies in global health drug development. The program seeks to deliver therapies fast and cheaply — in this case, at no more than 50 cents a dose — preferably in a powder form that can easily be mixed with water. Prud’homme said the foundation is moving very quickly. Two drugs are undergoing clinical trials and several others are in the pipeline.

The group is finishing preparations to produce the medicine at a WuXi AppTech facility in China. After the Gates Foundation selected WuXi as the manufacturing site, in an unexpected twist, Prud’homme learned that WuXi’s head of formulations development is Santipharp Panmai, who received his doctorate under Prud’homme at Princeton 20 years ago.

If all goes well, the first of these new formulations would use a 50-year-old leprosy drug to combat cryptosporidiosis, which is the major cause of infant diarrhea in the developing world and leads to infant mortality. The second drug would provide a single-dose treatment for malaria.

The societal questions and life-saving uses now on Prud’homme’s mind reflect the mix of fundamental science and practical problem solving that have propelled his career.

His technology, called flash nanoprecipitation, is a method for encapsulating drugs and other therapeutic molecules in nanometer-sized particles. The technique involves shooting a stream of drugs and polymers into an opposing stream of water inside a small cavity. Biocompatible polymers ­— essentially long chains of molecules — are the building blocks of plastics, among other modern materials. Prud’homme’s mixture contains polymers that repel water and polymers that are attracted to water. When the streams meet, the water-repelling polymers cluster around the drug molecules, while the water-attracting polymers create small capsules that encompass the other polymers and the drugs. The polymer-drug packages then solidify and precipitate out of the liquid mix.

Developing the technique was challenging. The researchers had to precisely calibrate the flow of the two liquids as well as the size and geometry of the mixing chamber. Most important, they had to select the right mix of polymers to create the tiny capsules.

The flash nanoprecipitation process enhances drugs’ stability, which is essential in the developing world where refrigeration and sterile working conditions may be unavailable. In many regions, drugs will have to remain viable after sitting for months in hot warehouses.

Another requirement is scalability. The Gates Foundation wants formulations that can “scale up” from the tiny amounts used in research to the much larger quantities needed for continuous manufacturing. This attribute is “huge” right now, said Hoang (Jack) Lu, who received his Ph.D. in 2017 and was one of nine team members working in Prud’homme’s laboratory.

“A lot of other technologies have difficulties in scaling up when you have nanoformulations,” said Lu. “When you have small scales in research and design, that’s fine. But when you have a compound that you want to make at a large scale then you run into walls.”

With Prud’homme’s technology, the same process his team uses in his Princeton lab can be adapted for large, continuous manufacturing. “That’s where our technology really shines,” Lu said. “It reduces costs quite a bit.” Flash nanoprecipitation is scalable not only in terms of vessel size, he explained, but in terms of time — the longer the process is run, the more material it produces.

The project includes collaborations with Johns Hopkins University, the University of Tokyo and the University of Chicago, among others. Lu said the Princeton team is also in regular contact with the TB Alliance and Medicines for Malaria Venture, both Gates-supported initiatives. 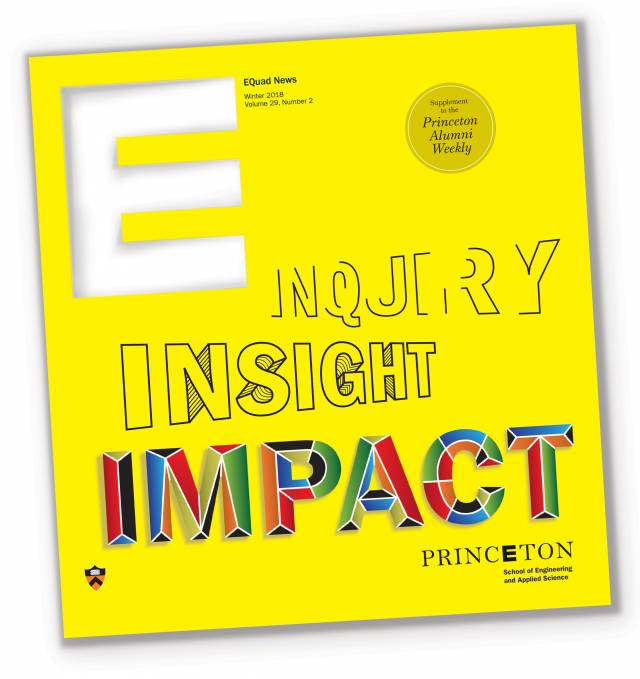 This article originally was published in the winter issue of EQuad News.

Prud’homme’s research began with fundamental questions about assembling polymers, but he said that as an engineer he always has interest in possible applications. He said the combination of basic scientific curiosity and an eye for applications created the 15-year path toward a new formulation for drugs.

As the project moves toward completion, the excitement in Prud’homme’s lab is palpable.

“I was so intrigued by this unique opportunity to develop drug formulations, which might quickly go through all human trials with the strong support from Gates Foundation, and be used to save hundreds of thousands of lives in developing countries,” said Yingyue (Joanna) Zhang, a postdoctoral researcher in chemical and biological engineering. “This would enable us to fully explore its potential for oral drug delivery to address more unmet medical needs.”