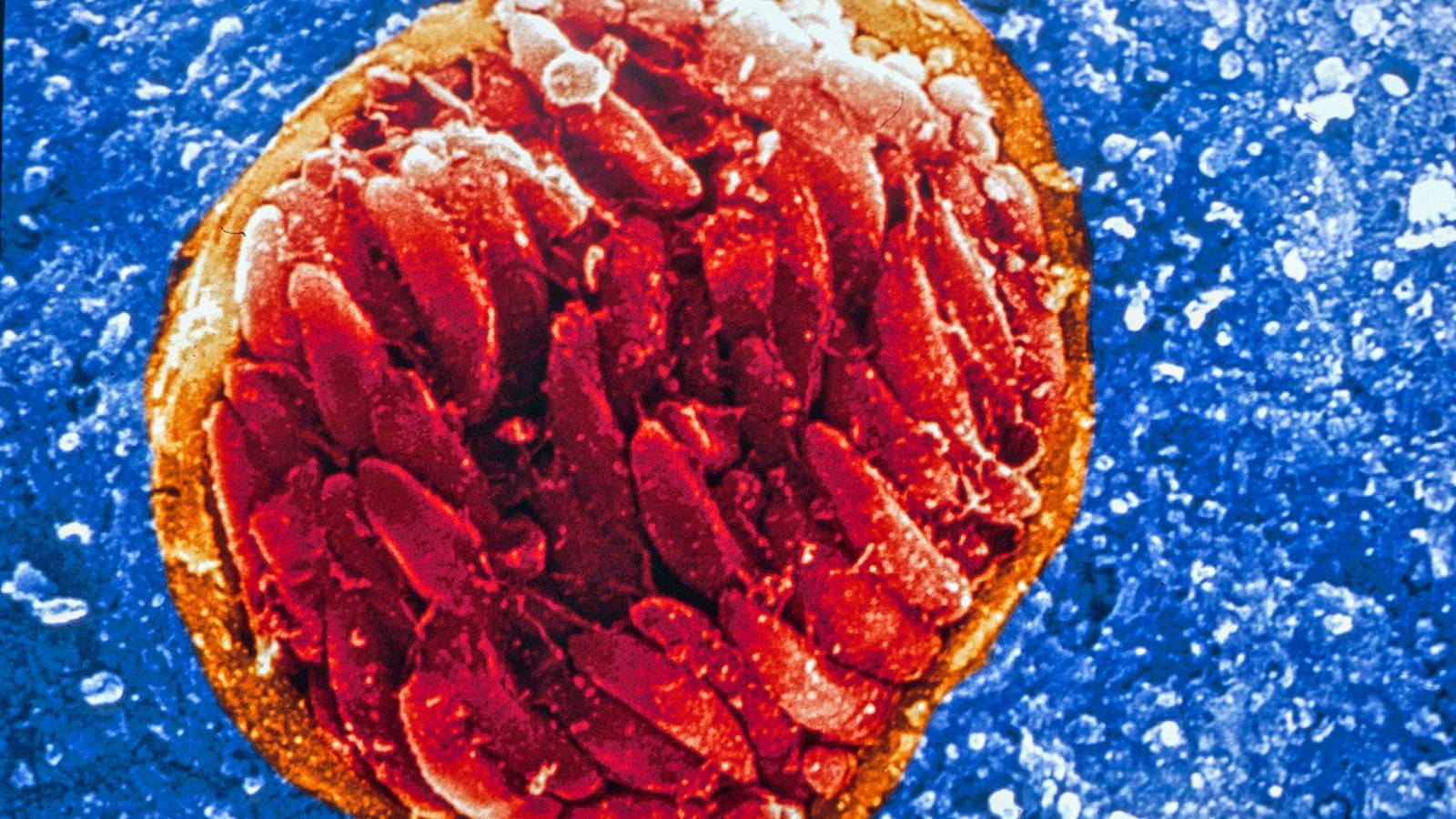 Princeton researchers are part of a team developing a drug that, in lab studies, is highly effective against the organisms that cause the diseases malaria and toxoplasmosis (shown).

Princeton researchers are making key contributions toward developing a promising new treatment for the widespread and devastating diseases toxoplasmosis and malaria.

The Princeton scientists specialize in preparing the drug compound into a medicine that is both safe and effective for humans and able to reach its intended sites of action in the body in sufficient doses.

An international team of scientists found the new drug — designated JAG21 — to be highly effective against parasites in cell-based studies in the lab. After the discovery, team representatives contacted Princeton's Robert Prud'homme for help in translating the JAG21 compound into a deliverable medication. Prud'homme is a co-author of a study, published in June 2020 in Frontiers in Cellular and Infection Microbiology, that describes the compound and its excellent preliminary results in mice.

"The results achieved so far really suggest that the discoverers of this drug are onto something," said Prud'homme, a professor of chemical and biological engineering at Princeton. "They got in touch with us to hand over the compound so we could process it into a drug form that can be delivered. That's what my lab does, that's where we fit in."

"What we've seen so far is pretty stunning," said Rima McLeod, professor of pediatrics (infectious diseases) and ophthalmology/visual sciences at the University of Chicago Medicine, a lead member of the international team pursuing JAG21.

The parasites that cause malaria and toxoplasmosis are Plasmodium (a genus) and Toxoplasma gondii, respectively. Malaria is spread through bites from infected mosquitos. The resulting disease in humans —characterized by flu-like symptoms — kills half a million children every year, or one every 11 seconds, mostly in sub-Saharan Africa. The parasite that causes toxoplasmosis, meanwhile, is present in the brains of perhaps 2 billion people worldwide, or about 40% of human beings. Severe infections can cause brain and eye damage, most frequently suffered by people with compromised immune systems from cancer treatment or AIDS.

Although many treatments have been deployed against malaria, going back decades, these treatments eventually lose effectiveness as the parasites evolve resistance to them. "It's a constant battle," said Prud'homme.

Seeking a new weapon for the arsenal, researchers primarily at the University of Leeds and the University of Chicago screened a library of newly synthesized compounds with potential action against a critical molecule in both parasites. Although JAG21 performed admirably within samples of infected tissue, for it to work as a drug it had to be reduced in size from a large crystal. Researchers tried using a chemical solvent to convert the crystal into smaller particles. But these particles still did not metabolize well enough to enter the bloodstream, which is necessary for reaching throughout the body and effectively killing parasites.

This challenge then came Prud'homme's way. Along with graduate student and paper co-author Kurt Ristroph, Prud'homme used traditional pharmaceutical techniques to make the JAG21 crystals smaller, water-soluble, and more easily taken up by tissues. The techniques involved thickening as well as emulsifying agents, plus dispersing of the solution with ultrasonic vibration to produce a uniform mixture. Leon Wang, a PhD student of Prud'homme's, also assisted in the final steps of the formulation.

Critically, the resulting drug proved stable for six months when stored at room temperature. "Stability" in this case means that the molecules of JAG21 did not degrade and lose their effectiveness, nor did the molecules re-crystallize into an undeliverable form. Prud'homme compared this second aspect of stability to jarred honey kept on a shelf; over time, normally liquid honey can become too viscous.

"When you have honey, you want to keep it stored so that it stays liquid, but if it crystallizes in the jar and becomes solid, that’s a problem," he said. "Same goes for the drug." Demonstrating this stability is important for ensuring the drug could be stored and stockpiled in regions of sub-Saharan Africa, for instance, that do not have widely available refrigeration.

"The formulation of the drug was very simple, elegant, and really a big step toward helping this drug potentially reach the clinic," said McLeod.

Prud'homme's lab has long worked on translating compounds from promising drugs in theory to effective drugs in practice. Over a decade ago, the lab produced a special nanoparticle production process called Flash NanoPrecipitation (FNP), that makes drug particles even smaller by encapsulating them in a polymer-based delivery vehicle. The technology has since been used on injectable drugs for cancer and tuberculosis. More recently, the Bill and Melinda Gates Foundation began supporting efforts at Prud'homme's lab to apply the technology to inexpensive, mass-produced medications for thwarting parasites such as malaria. That ongoing drug translation work is what ultimately connected Prud'homme to JAG21. Moving forward, the goal now is to further optimize JAG21 in the same way, making it smaller and more easily taken up by tissue.

"Our next stages are to make the drug even better with our nanoparticle formation platform," said Prud'homme. "The drug in this way could also be made into a form that is easily deliverable as a nasal spray."

Chicago's McLeod is leading efforts to build a global consortium to advance the drug's development and put it through clinical trials in humans.

"We've really enjoyed being a part of this overall collaboration," said Prud'homme. "We're happy to contribute our skills toward addressing the major challenges presented by malaria and toxoplasmosis."