As Keo Chan of the Class of 2018 flew into Dunedin, New Zealand, to begin his semester abroad, a giant rainbow appeared over the airport. It was a “lucky sign,” he said, that he was in the right place. 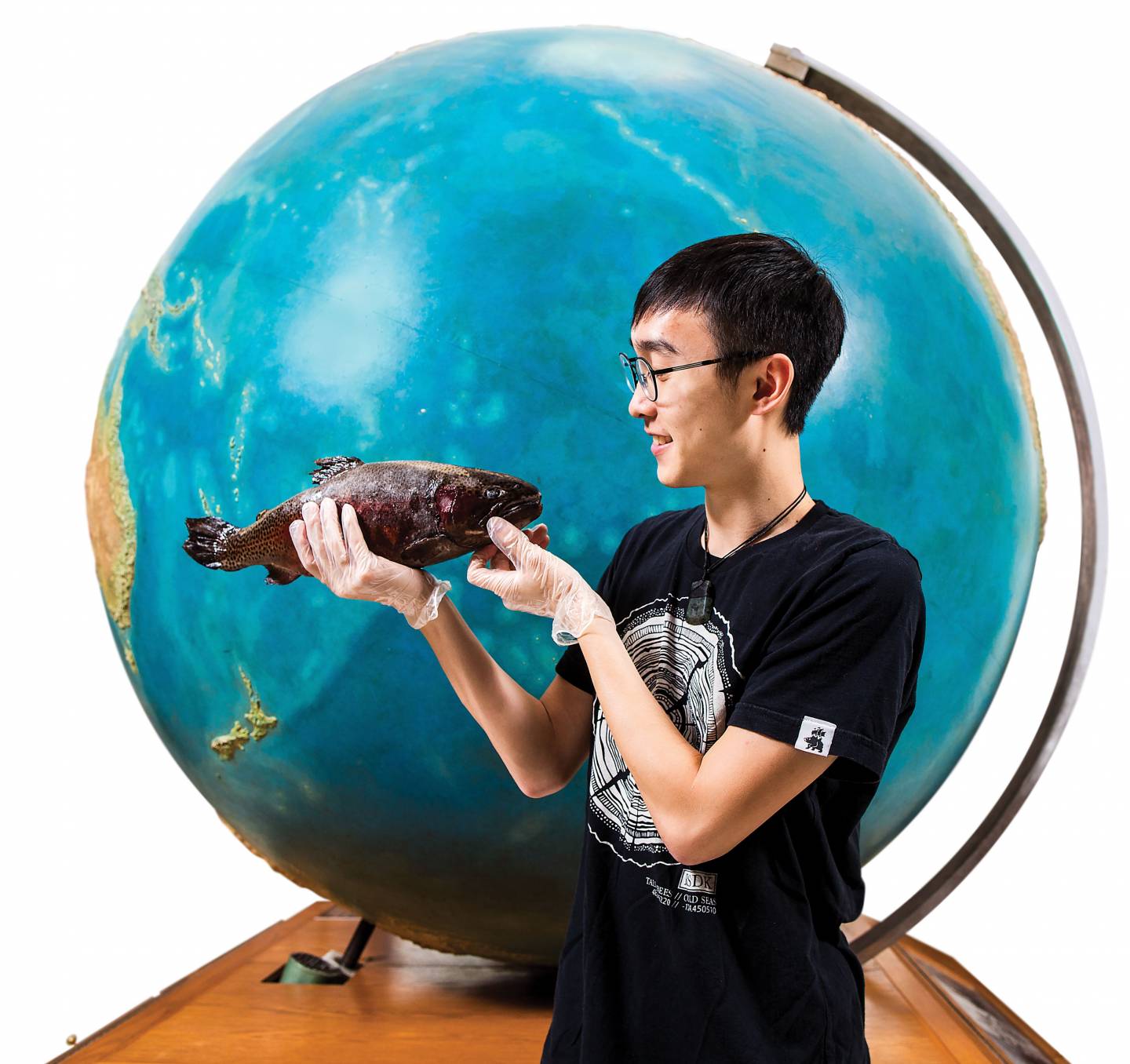 Keo Chan, a geosciences major, spent a semester abroad studying aquaculture and fisheries in New Zealand through a combination of courses, labs and fieldwork.

If you had told Chan, a native New Yorker, that his Princeton education would include studying fjords in the South Island of New Zealand, he might not have believed you. But a gut instinct and some helpful advice from the Office of International Programs were all it took for him to decide on a spring semester abroad at the University of Otago.

Chan, a geosciences major with a specific interest in fisheries science, said he knew that studying at a university abroad would nudge him out of his comfort zone while enhancing his academic portfolio.

“I was eager to push my boundaries, socially and academically,” he said. “Since I eventually want to pursue a career in fisheries science, it was important to me that I gain experience in the field and conduct research in a place with abundant natural fisheries and opportunities.”

The South Island of New Zealand was a natural fit for his semester abroad. Surrounded by mountains, glaciers, beaches and glowworm caves, Chan could take full advantage of the university’s natural classroom.

With the help of IFSA-Butler, a nonprofit study abroad organization, Chan spent the first few weeks of his semester living in a traditional "marae" — the cultural hub of a Maori village — where he cooked meals with members of the community, worked on a small-group project surveying eels and other river fish, and learned ancient Maori fishing techniques.

After his initial field experience, Chan moved into the on-campus apartments and began school with his peers from around the world. He enrolled in classes in the Department of Fisheries and Aquaculture, most of which required fieldwork.

“I wanted to take courses that involved work and research that was out of the physical classroom,” Chan says. “I really tried to take advantage of these fieldwork opportunities abroad that I couldn’t do back at Princeton, and it ended up working out in my favor.”

His courses, which included "Marine Ecology," "Practical and Field Oceanography," and "Field Methods for Assessment of Fisheries and Aquatic Habitats," gave him the opportunity to delve deeper into different aspects of fisheries science. While he still attended lectures and labs, his classroom requirements also included weekly ocean surveying trips on a university-owned boat, as well as a weeklong expedition to Stewart Island to study at the marine science department’s field station.

“In my oceanography class, for example, we explored the way that water flowed around Paterson Inlet — a large natural harbor off the coast of Stewart Island,” Chan said. “We were trying to figure out how best to manage zoning the inlet for aquaculture, tourism and fishing.”

Chan’s work in the field also helped him write his junior paper. With guidance from a University of Otago professor, he gathered real-time data for his research discussing the gradient and carbon burying across Doubtful Sound, a major fjord on the South Island.

“I had a great experience [writing my paper] and felt like I made some interesting discoveries,” Chan said. “It’s safe to say that I probably couldn’t have done this particular junior paper on campus at Princeton.”

Though Chan’s experiences were unique, his semester abroad demonstrates the range of possibilities available to Princeton students.

“Spending a semester enrolled in courses at a university abroad is a great way for students to advance themselves academically,” said Gisella Gisolo, director of study abroad in the Office of International Programs. “Not only that, students tend to return to campus with a renewed sense of purpose and intellectual focus.”

For Chan, the advantages to studying abroad went far beyond the gains in his field of study. He said he felt that he had more time to himself, which allowed him to reflect on his work and explore the beautiful region. He hiked Mt. Cook, explored glowworm caves, watched rugby matches at the tavern on campus and visited the Great Barrier Reef in Australia.

“I almost felt as though I was equilibrating,” Chan said. “I was able to just take a minute to look around instead of just looking forward.”

Mostly, however, he is grateful for the perspective he gained.

“Before [going abroad], I was always having doubts about my very specific major,” Chan said. “I couldn’t necessarily see the path going forward, since there aren’t that many fish-related classes offered at Princeton.”

After four months of intense study and field research in New Zealand, those doubts have been laid to rest. “My semester abroad really helped me to see where I was going,” Chan says. “I’m more confident of my choices now, both personally and academically.”

Kunkel taking quiet, methodical steps to save the environment