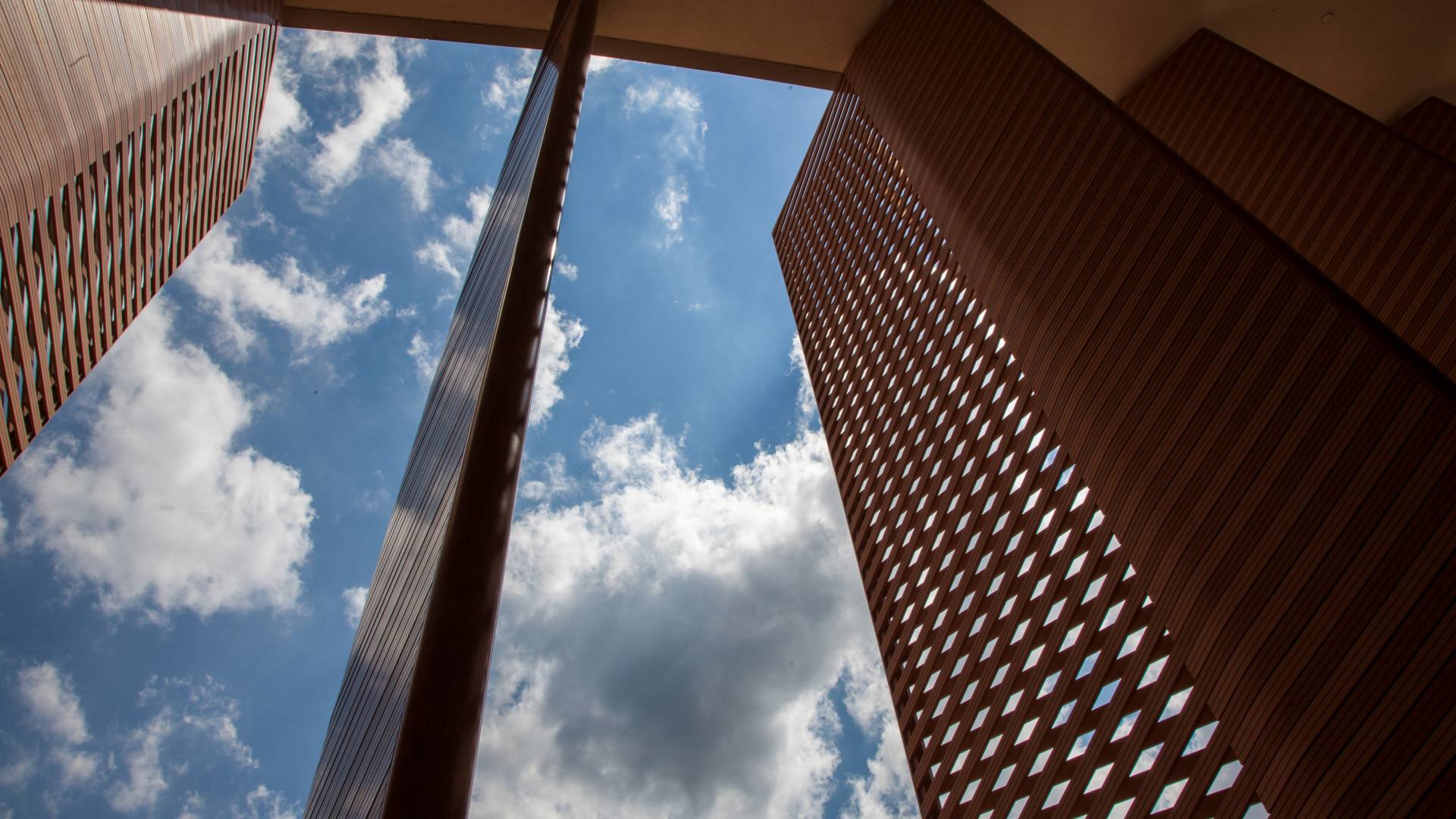 Catherine Zandonella, Office of the Dean for Research
Photo by
Nick Donnoli, Office of Communications

Six research-stage technologies with promise to benefit society as future products or services have been selected to receive funding through Princeton University's Intellectual Property Accelerator Fund. The selected technologies range from ones aimed at treating human disease to ones that improve our access to information, cool buildings using less energy, and improve the safety and efficiency of transportation systems.

The fund provides resources targeted at moving the research forward to the point where the innovations are ready for development by entities outside the University, such as startup companies, investors or government agencies. Each year, projects are selected by a committee that includes peer researchers as well as representatives from the venture capital community. Each project will receive up to $100,000 to be spent on additional proof-of-concept research or developing working prototypes.

"This year's innovations include an exciting and diverse selection of technologies, and provide a snapshot into the breadth of research going on at Princeton," said John Ritter, director of Technology Licensing at Princeton. "These grants makes it far more likely that these projects will receive additional downstream development funding, thus dramatically increasing the probability that a particular technology will make it to the marketplace and benefit society," he said.

The winning technologies are: a high-density Wi-Fi network capable of enhancing internet access in urban areas and along travel corridors; a machine learning algorithm that matches key aspects of how the brain works; a plug-in device that adds internet-connectivity to vehicles already on the road; a new method for identifying treatments against hepatitis B and E viruses; a microbiome-based strategy for treating inflammatory bowel diseases; and an air-dehumidification system that uses 75 percent less energy than current systems.

A system that makes Wi-Fi widely available along commuter rail lines and other transit corridors could make dropped calls and spotty data transmission a thing of the past.

The system, developed by Kyle Jamieson and his team, takes advantage of low-cost Wi-Fi chipsets to create high-density Wi-Fi coverage by enabling the rapid handoff of data packets from one access point, or geographical area, to the next.

The team has developed algorithms that predict where the user's device will be over the next tens of milliseconds, intelligently routing each packet to the best access point for delivery to the user's mobile device. The system targets rapid-transit corridors such as light-rail systems and, in the future, could be used in autonomous vehicles.

Machine-learning algorithms that mimic how the brain works

Building on new research into the nature of computations in the brain, Michael Berry and his team are developing algorithms that can learn and process information for use in applications as diverse as recognizing objects in videos, parsing spoken language and predicting risk of a cyberattack.

The researchers plan to compare these biologically based algorithms to actual neural recordings to uncover similarities and differences in how the algorithms compare to human performance.

By matching key aspects of how real networks in the brain perform learning, the researchers hope to improve the learning capabilities of machines.

A plug-in device that adds internet-connectivity to existing vehicles

New cars come with numerous technology-enabled safety enhancements, from collision-avoidance to steering assistance. Now, a device developed by Prateek Mittal in collaboration with Mung Chiang and their teams promises to provide such enhancements for vehicles that are already on the roads through a plug-in device known as SmartCore.

The device brings programmability and connectivity to existing cars to transform them into internet-connected smart vehicles, while protecting security and privacy. According to the researchers, SmartCore will improve the driving experience, user safety and in-car communications by extending the benefits of internet connectivity to all vehicles.

New drugs to stop hepatitis B and E virus infection

New therapies under development at Princeton could stop the spread of hepatitis B and E viruses, which infect the liver and cause numerous cases of liver failure and cancer each year.

Alexander Ploss and his team developed new screening systems to identify small molecules that are effective in stopping viral infection.

The efficacy of candidate compounds will be further assessed in experimental platforms for these challenging viruses, which were pioneered by the Ploss lab. These include primary liver cell cultures and mice growing partially human livers that are susceptible to human hepatitis viruses and thus useful for testing new treatments.

A new strategy aims to enlist the bacteria living in our intestines to fight inflammatory bowel diseases.

Mohamed Abou Donia and his team have systematically evaluated the human microbiome's ability to produce small molecules, which can be increase or decrease inflammation and can kill other bacteria. These small molecules could prove to be effective medicines for treatment of inflammatory bowel diseases, including ulcerative colitis and Crohn’s disease.

After identifying promising small molecules, the team will test them for therapeutic activity in cells and in mice with bowel diseases with the goal of identifying new treatments for these conditions.

Forrest Meggers, assistant professor of architecture and the Andlinger Center for Energy and the Environment

A method for wringing moisture out of indoor air using a fraction of the energy needed for conventional air conditioning could help spread the benefits of indoor comfort while reducing costs.

Forrest Meggers and his team are developing a technology that uses a desiccant — a substance that absorbs moisture from air — in combination with a porous membrane to reduce humidity. The system works with so-called radiant cooling methods, which send chilled water through ceiling beams or panels.

By combining the moisture-removal properties of a desiccant with cooling systems being installed in buildings on campus, the researchers hope to achieve a dramatic reduction in energy usage.