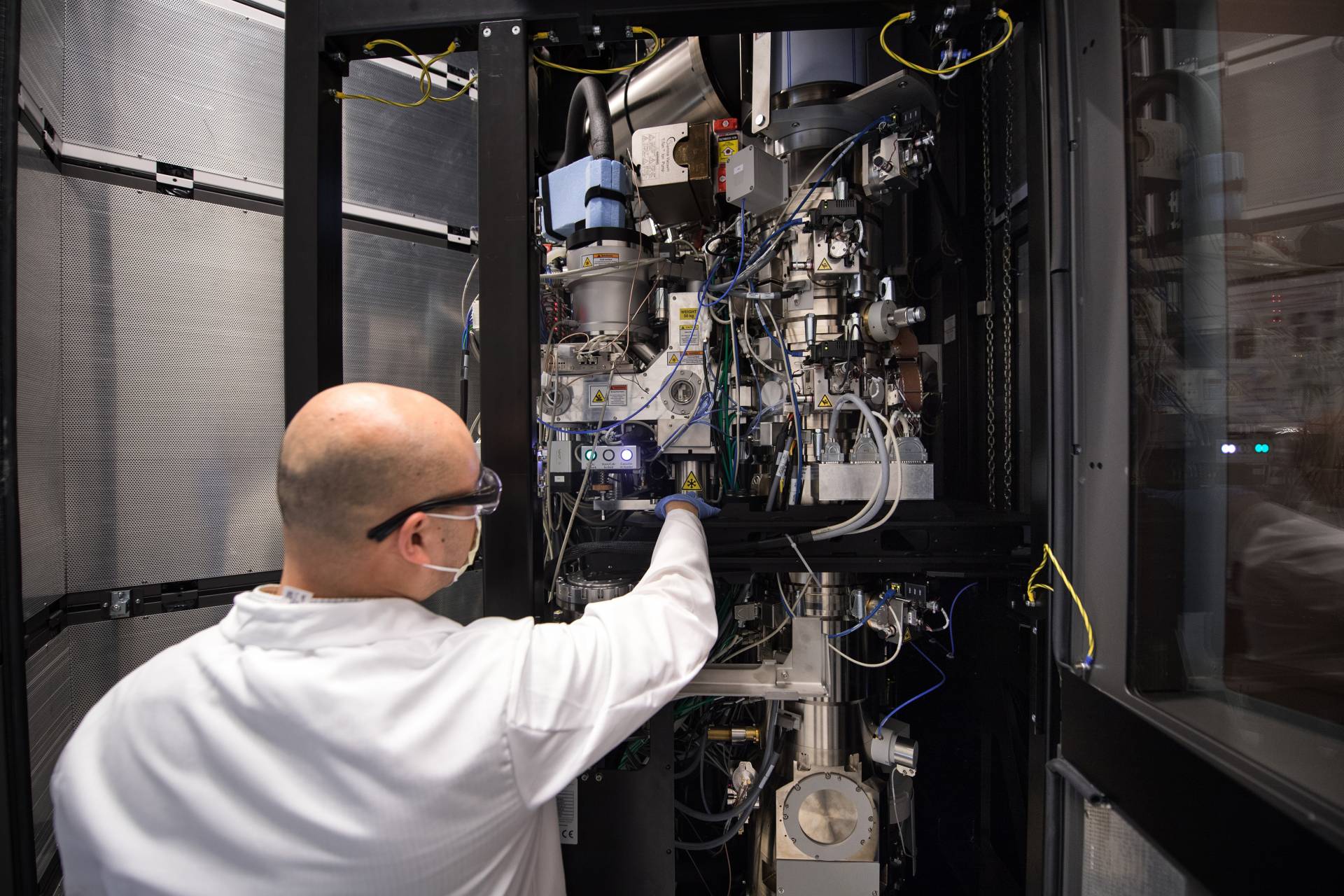 Software for capturing microscope images at near-atomic resolution is one of the technologies selected by Princeton to receive funding for further development through the Intellectual Property Accelerator fund. Pictured is Paul Shao, imaging and analysis specialist, with Princeton's cyro-electron microscope.

Seven innovations with the potential to benefit society and spur the economy have been awarded funding to bridge the gap between laboratory research and the development needed to move promising ideas into the global marketplace.

Princeton's Intellectual Property Accelerator Fund provides up to $100,000 to faculty-led teams looking to explore ways to make their discoveries and inventions available to the public via licensing, startups or entrepreneurial ventures. The funds enable researchers to conduct proof-of-concept studies, gather additional data, make prototypes or otherwise demonstrate the potential applications of the technology.

"The solutions to some of the greatest problems facing us have come from curiosity-driven university research, and Princeton is at the forefront of innovative exploration in areas ranging from life sciences to artificial intelligence," said John Ritter, director of technology licensing. "With the resources offered through the Intellectual Property Fund, Princeton provides support that can make the difference between an intriguing laboratory discovery and a major new invention with the potential to transform lives."

This year's winning proposals are:

Yellow fever kills thousands worldwide each year. With no antiviral treatment available, new therapies for this mosquito-borne disease are needed. Alexander Ploss and his team have identified an essential factor in the virus's life cycle when it infects humans. A drug that interferes with the life cycle might prove effective at treating the disease.

With help from the IPA fund, the team will explore ways to inactivate this factor to suppress infection in cell cultures of human liver cells as well as mice that harbor human tissues. The team has a recently devised human immune system mouse model for this purpose. The funds will allow the team to seek sponsors or commercial partners to create a startup company.

An AI-driven method for tracking animal motion in research 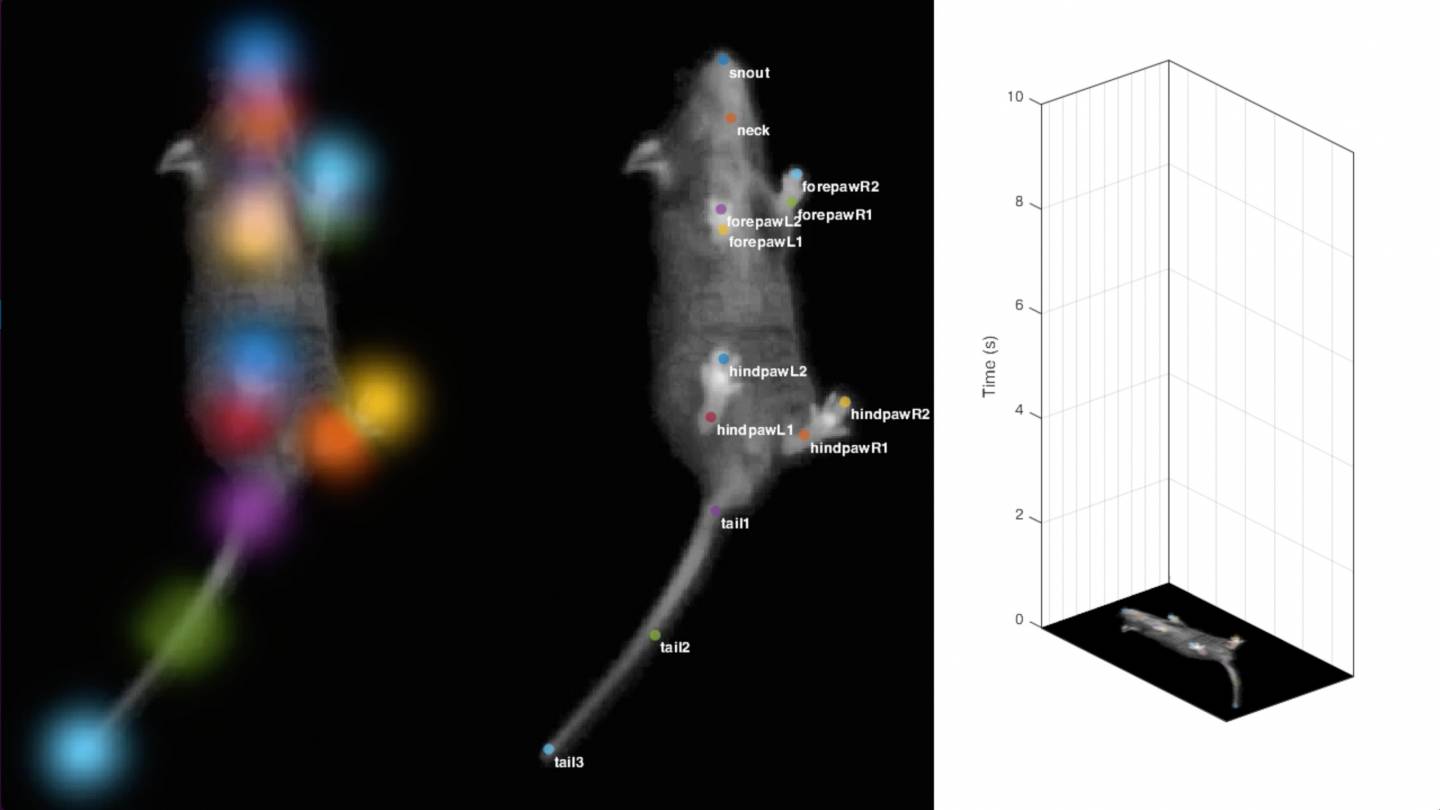 An AI-based technology for tracking animal movement, developed in the laboratories of Mala Murthy and Joshua Shaevitz, will enable new research in fields ranging from neuroscience to ecology.

Mala Murthy, Joshua Shaevitz and graduate student Talmo Pereira have developed a method that uses artificial intelligence (AI) to track the details of animal postures in videos. The framework can be used for a wide range of applications, from exploring how the behaviors of flies and mice are encoded within their nervous systems, to ecological research on larger animals.

The new tool, LEAP Estimates Animal Pose (LEAP), can achieve nearly human-level accuracy at detecting the location of body parts of any animal species over millions of frames of video. A human experimenter simply needs to label points on the animal's body in a few frames of the video, and the neural network does the rest. Because the training of the neural network is both fast and specific to each experiment, LEAP can be used on any experimental data. With support from the IPA fund, the team plans to improve the software for use by the broader research community.

A device that accurately measures fluid flow could fulfill a number of societal and industrial needs, from metering the output of heating and air conditioning units to tracking the dosage of medication in intravenous delivery of drugs. Marcus Hultmark and his team have invented a micro-scale device, known as the elastic filament velocity sensor, that provides extremely sensitive flow monitoring for a variety of applications.

With IPA funds, the researchers will build a prototype that integrates this sensing capability with a flow controller. The combined sensor and controller will be compatible with a variety of fluids, both liquids and gases. The team will focus on implementing the prototype to work in three areas: precision manufacturing; heating, ventilation and air conditioning (HVAC) flow control; and monitoring of medical injections.

A new method of treating contaminated water with bioremediation

A new process for remediating some of the most challenging water contaminants has been developed by Peter Jaffe and his team. The system is especially promising for a class of contaminants called PFASs (poly- and perfluoroalkyl substances), for which there are few cost-effective and biodegradable treatments. The new system relies on naturally occurring bacteria, originally isolated from a New Jersey swamp, to remove fluorine atoms from pollutants such as PFAS using a natural process, first documented in the Jaffe lab, known as Feammox.

Using IPA funds, the team plans to build a prototype device to explore Feammox as a cost-effective strategy for biodegradation of PFAS on an industrial scale. 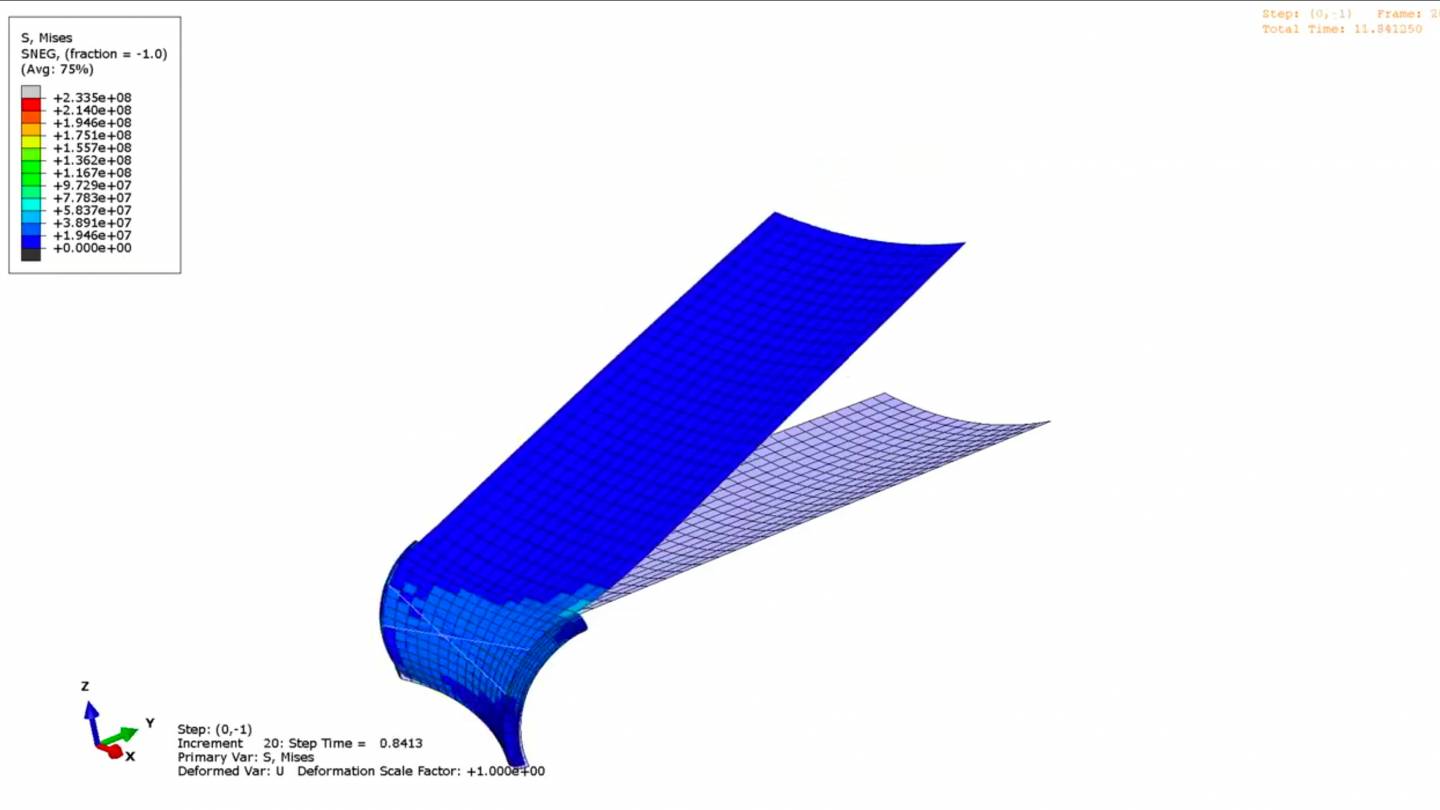 Inspired by biology, Sigrid Adriaenssens and her team are developing an energy-efficient cooling mechanism for buildings in the form of shades that will automatically deploy to block solar energy.

With buildings accounting for nearly 40 percent of U.S. energy consumption, new approaches to ensuring energy efficiency are in high demand. Sigrid Adriaenssens' Form Finding Lab is designing mechanisms that alter a building's façade to adapt to environmental conditions such as the changing amount of sunlight over the course of a day, with the goal of maximizing occupant comfort. For example, shades could automatically deploy to block solar radiation entering the building and maintain a constant level of interior daylight at the same time.

Adriaenssens and her team have developed a novel, biologically inspired adaptive shading device that they call IRiS. It is more cost-effective than competing solutions because it relies on elastic bending and twisting deformations that do not require manufacturing-intensive mechanical hinges and motors. Using IPA funding, Adriaenssens and the team will design and build a prototype full-scale IRiS device and then fine-tune its performance. They will also conduct market research and industry outreach to explore the ability to bring IRiS into widespread use.

Technology to speed up deep learning

Deep learning, a type of artificial intelligence, offers human-level performance in computer vision, speech recognition, game play and other areas. Yet processing large amounts of data uses lots of energy and can be slow because the computer chips have to continually fetch data from memory. In response, an approach has recently emerged called "in-memory computing," where computing is performed inside the memory circuits themselves. But fitting such capability into the energy- and area-constrained memory circuits requires analog operation, leading to reduced computational accuracy.

The technology developed in Naveen Verma's lab overcomes this by building circuits that process information using charge instead of current. Typical computer chips shuttle current through tiny switches called transistors, which are based on semiconductors notorious for their variability and sensitivity to conditions such as temperature. Capacitors depend on geometric properties, which can be highly precise, thanks to geometric scaling and technological advances. This leads to far less computational noise and better scalability.

A prototype of the technology is already achieving record energy efficiency and speed. With IPA funds, the research team will identify specific applications that will enhance usability and demonstrate the capabilities of the system.

Amit Singer, professor of mathematics and the Program in Applied and Computational Mathematics

With recent advances in microscopes, scientists are now able to see biological structures with near-atomic resolution. The Nobel-prize winning technology known as cryo-electron microscopy (cryo-EM) provides images at the level of individual proteins and could help researchers design new and more efficacious drugs.

Amit Singer and his team have developed software for processing the significant amounts of data generated with cyro-EM. This software, known as Algorithms for Single Particle Reconstruction, or ASPIRE, has been downloaded hundreds of times and is free for nonprofit users. With IPA funds, Singer and his group will work on improving the software to make it more user-friendly. The goal is to develop a commercial version that could make structural information more readily available for drug discovery and design.