Five projects — ranging from a way to make the Internet of Things more secure to a new strategy for discovering antibiotics — have been awarded funding through Princeton's Intellectual Property Accelerator (IPA) Fund. The projects were chosen for their potential to become technologies or products that can benefit society.

Awarded annually by the Office of Technology Licensing, the fund supports research activities that help demonstrate the potential for a technology to transition from a university research project to a product or service that can improve people's lives. The funding of up to $100,000 per project will go to support proof-of-concept work, data collection, the construction of prototypes and other activities aimed at exploring the capability of the technologies.

As more devices become connected via the Internet of Things, security and privacy have become significant issues. Professor of Electrical Engineering Niraj Jha has received funds for the development of two technologies that protect the security of implantable and wearable medical devices such as pacemakers, cochlear implants and drug delivery systems. Such devices are increasingly connected via wireless communications to smartphones, smart watches or other personal devices. These wireless communications are vulnerable to attacks that could disclose sensitive data or hijack the devices' functionality with life-threatening results. 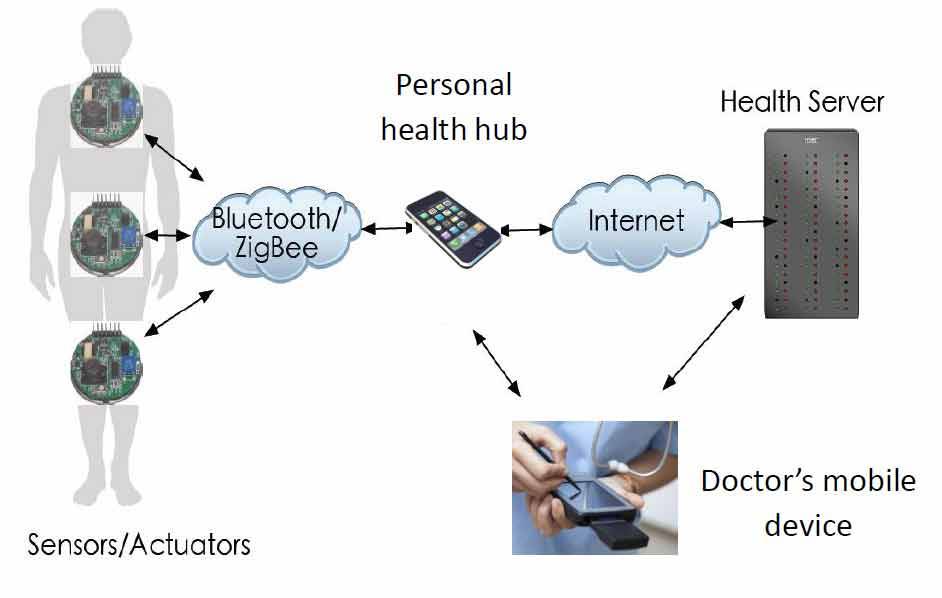 To combat such attacks, Jha and his team have invented two security technologies, MedMon and SecureVibe. MedMon detects potentially malicious transactions and takes action to prevent illegitimate and life-threatening commands from being accepted by the device. SecureVibe enables secure connections and communication using key-exchange cryptography between the implanted device and the external smartphone. With IPA funding, the team will miniaturize the MedMon and SecureVibe technologies so that they can be incorporated into devices that can be worn on a belt or placed in a pocket where they can protect a patient's medical devices from cyberthreats.

With so many smartphones and other cellular devices using today's wireless spectrum, call and data quality can be disrupted when signals interfere. To reduce this interference, nearly all wireless devices, including smartphones, contain a large number of filters, switches and other components that take up a large amount of space on the device's circuit board that could instead add to the device's functionality and performance.

A team Professor of Electrical Engineering Paul Prucnal leads is developing technology capable of canceling interference that is cheaper, simpler and takes up less space inside the phone. The technology involves a new type of computer chip that uses light rather than electrons to process signals. The new processor, called a photonic integrated circuit (PIC), can perform nearly all the necessary communications functions at a fraction of the size of today's filters and switches. The processor can be made at low cost using existing semiconductor manufacturing capabilities. It consolidates a large number of filters, switches and duplexers into just a few PICs, which can operate over a wide bandwidth, an important capability as file sizes and transfer speeds continue to grow. With IPA funding, the team will improve the PIC performance to the point where it is ready for further development.

The ability to quickly diagnose diseases could enable health care workers to respond rapidly to emerging pathogens, improve patient outcomes, and perhaps even change the course of an outbreak. Assistant Professor of Electrical Engineering Kaushik Sengupta and his team are developing a technology to detect proteins and genetic material linked to human diseases in a portable and low-cost biosensor that practitioners can use in the field. 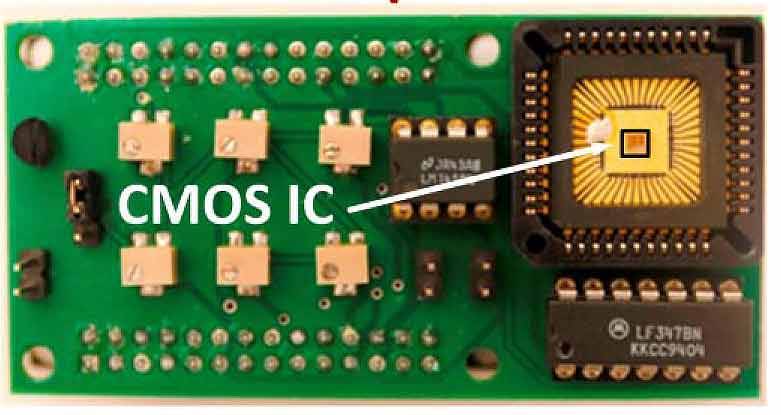 To build the new portable diagnostic device, the team has found a way to miniaturize a fluorescence-based system that requires bulky and expensive components available only in laboratory settings. Sengupta and his team have developed a silicon-based technology that combines complex optical and electronic components into a single chip that can be manufactured using existing semiconductor fabrication processes at low cost. Using traditional integrated circuit technology, the team has created optical filters as well as with the necessary electronics to process fluorescent signals, allowing the simultaneous detection of thousands of different molecules. Eventually, the team hopes that these biosensors could be deployed in the field where the test results could be sent via wireless technology to a clinic or hospital.

Bacteria that resist treatment with antibiotics are a growing problem worldwide, and new families of antibiotics are sorely needed. Most clinical antibiotics in use today are derived from compounds that bacteria produce to kill other bacteria. Yet genomic research hints that there are many more of these antibacterial compounds waiting to be discovered, encoded in rarely expressed "silent" or "cryptic" gene clusters.

To mine these silent gene clusters for new compounds, Assistant Professor of Chemistry Mohammad Seyedsayamdost and his team have invented a systematic method for detecting molecular signals that turn on gene expression in the clusters. The method involves screening small molecule libraries to find ones that activate expression of the clusters, and then evaluating the resulting secreted product for antibiotic activity. The researchers have already demonstrated that the technique is capable of finding antibiotic compounds. With IPA funds, the team will improve the screening process and ramp up the ability of the technique to detect novel antibiotics with human therapeutic potential.

Antivirals against hepatitis B

Hepatitis B affects more than 2 billion people worldwide, yet few patients receive adequate treatment and even fewer are cured. Discoveries about the life cycle of this virus, which establishes a chronic infection of the liver, have provided insight on a new way to attack the virus. Assistant Professor of Molecular Biology Alexander Ploss and his team are working on a strategy to block the virus by targeting enzymes in the human liver that help the virus replicate.

With support from the IPA fund, the team will conduct experiments to explore factors that enable the virus to maintain chronic infection. The researchers will also screen libraries of small molecules to find candidates that can block factors essential for viral replication with the goal of significantly decreasing hepatitis B or eliminating it altogether. Molecules that show activity in the screen will be further tested in human liver cell culture systems and in mice containing human liver cells, with the goal of discovering promising candidates for therapeutic development.