Edmund White, professor of creative writing in the Lewis Center for the Arts, emeritus, has been awarded the 2018 PEN/Saul Bellow Award for Career Achievement in American Fiction.

The biannual award was established in 2009 and is given "to a living American author whose scale of achievement in fiction, over a sustained career, places him or her in the highest rank of American literature." 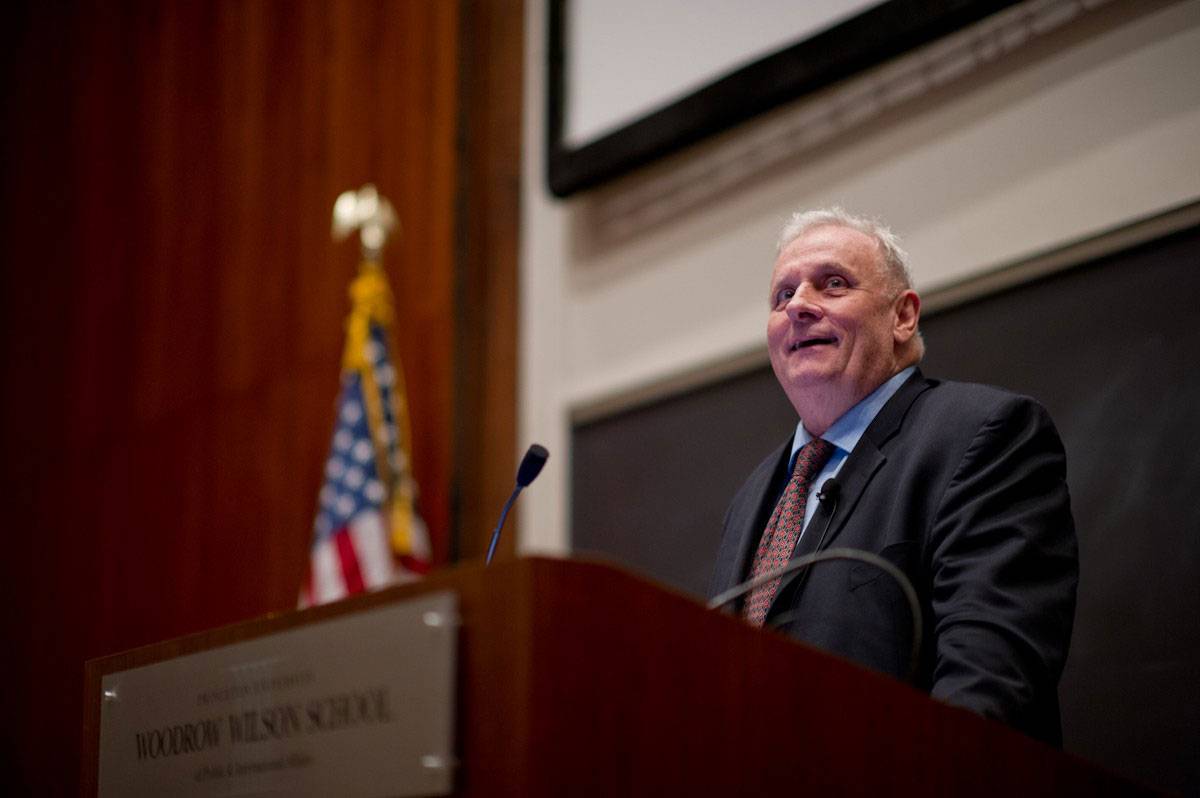 Edmund White speaks at “Every Voice: A Princeton University Conference for Lesbian, Gay, Bisexual, Transgender and Ally Alumni” in April 2013.

The panel cited White "for his honest, beautifully wrought and fiercely defiant books, and his body of work including the autobiographical trilogy: 'A Boy's Own Story,' 'The Beautiful Room Is Empty' and 'The Farewell Symphony.'"

White has written more than two dozen books and is perhaps best known for "Genet: A Biography," about French writer Jean Genet, for which he won the National Book Critics Circle Award. He also has written the biographies "Marcel Proust: A Life" and "Rimbaud: The Double Life of a Rebel," about the French poet Arthur Rimbaud. He has written a novel about love in the AIDS era called "The Married Man." Other works of fiction include "Chaos," "Hotel de Dream" and "Our Young Man." He has written a book about unconventional Paris called "The Flaneur." His memoir "Inside a Pearl: My Life in Paris" was published in 2014. His new non-fiction book, "That Unpunished Vice: Reading" is forthcoming in June from Bloomsbury Publishing, and he is working on a new novel, "A Saint in Texas." White is a member of the American Academy of Arts and Letters.

He will receive the award at a ceremony on Feb. 20 in New York City.