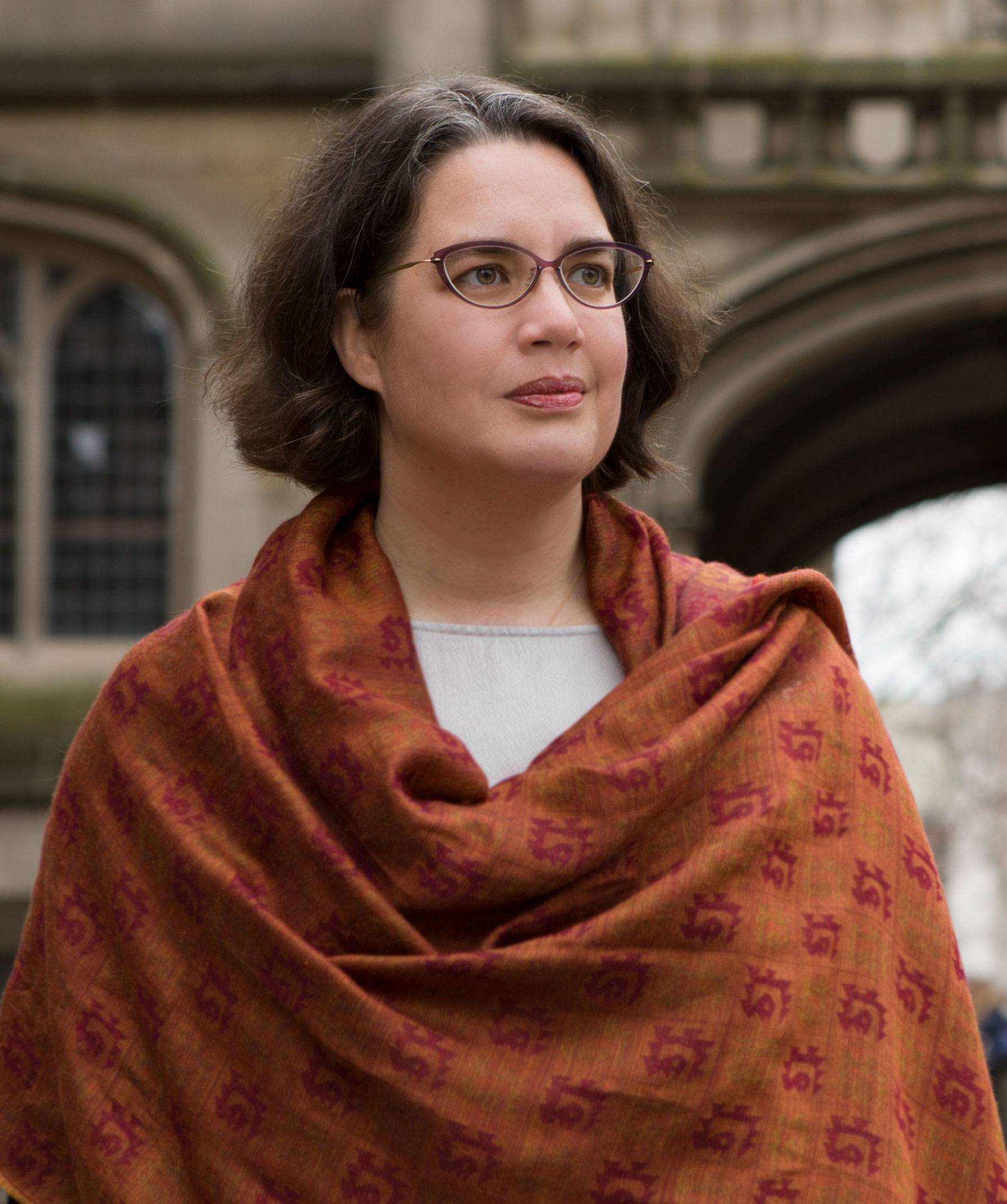 Since Charles Darwin first put forth his theory of sexual selection in the 19th century, there has been endless debate about what drives procreation. What is the relationship between male-male competition and female choice? And can animals truly exercise “choice?”

These questions preoccupied Erika Milam as she was working on her graduate thesis in biology at the University of Michigan-Ann Arbor. She was studying the behavior of sculpins, a type of fish that reproduces in a dizzying variety of ways.

“The thing I found most fascinating was that [researchers] would look at the same set of animals and come to different conclusions,” she said. “So it wasn’t that they had different data — that there were arguments about the data — it was simply that they were seeing different things.”

She suggested to her thesis adviser that a historical explanation of sexual selection was needed, and while he agreed, he wasn’t able to provide her with guidance. He referred her, instead, to the history department. “That’s when I realized the history of science was a thing,” Milam said.

Milam, a Princeton professor of history and director of graduate studies for the Program in History of Science, had intended to become a field biologist. But her fascination with theories of sexual selection led to an unexpected shift in her interests toward the humanities. With a bachelor’s degree in biology from Carleton College and a master’s degree from Michigan in hand, she went on to attend the University of Wisconsin-Madison, earning a doctorate in history of science.

After teaching at the University of Maryland, she joined the Princeton faculty in 2012.

Studying human understanding and how the answers to scientific questions change as techniques and knowledge evolve is to be reminded that science is, largely, a social enterprise, Milam said. Interpretations of Darwin’s evolutionary theories have proven rich territory for historical analysis, and Milam has made a career of exploring how evolution has been understood scientifically and culturally.

“The theories of evolution that gain currency at certain moments in history say a lot about that cultural moment,” she said.

Milam’s first book, “Looking for a Few Good Males: Female Choice in Evolutionary Biology,” answered many of the questions she encountered as a graduate student, namely why do female animals select certain mates. The book offers a broad history of sexual selection from Darwin’s early musings to modern-day theory, which takes into account the role of genetics in animal behavior. 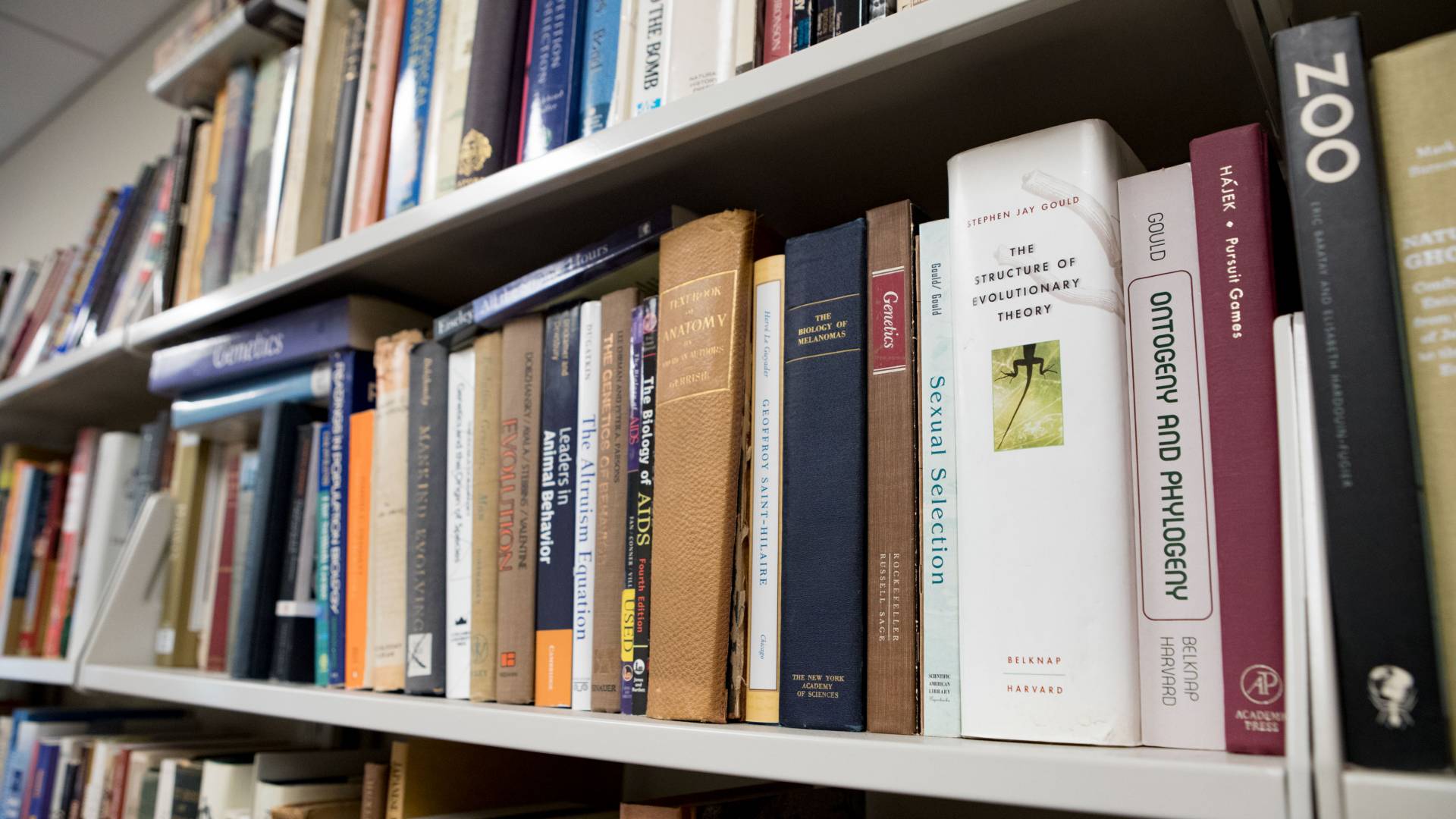 In February, together with Suman Seth, an associate professor of science and technology studies at Cornell University who earned his doctorate from Princeton in 2003, Milam organized a conference, held at Princeton, to discuss “The Descent of Man, and Selection in Relation to Sex” in which Darwin explained his theory of sexual selection. They convened the gathering in advance of the book’s 150th anniversary in 2021 to publish papers that will shed new light on Darwin’s seminal, yet lesser-examined work. Far more has been written about “On the Origin of Species.”

Milam’s latest book, “Creatures of Cain: Human Nature and the Politics of Violence During the Cold War,” to be published next fall by Princeton University Press, examines not only post-war understanding of human aggression, but also how and why Americans came to believe they could learn about human behavior by studying primates and other animals. The celebrity of cultural anthropologists like Margaret Mead in the 1960s and 1970s, as well as organismal biologists such as Jane Goodall in the mid-1970s (whose research on chimpanzees became spectacularly popular), allowed them to grab the spotlight as reliable providers of scientific knowledge about human behavior, Milam said.

“One of the things that evolutionary scientists worried about after the Second World War was what happened if they changed the way they thought of human history,” she said. “So instead of thinking of human history as mostly pacific with moments of war and conflict, what if human history was actually one long struggle punctuated by moments of peace? Particularly for Americans in the 1960s, after the Second World War, after Korea, the violent protests against civil rights activism, several high-profile assassinations of political figures throughout 1960s, and the intensification of the war in Vietnam, this was a moment when violence felt like it was omnipresent.”

Her research for “Creatures of Cain” was supported by a Scholar’s Award from the Science, Technology and Society program at the National Science Foundation. She spent a year writing the book as a visiting scholar at the Max Planck Institute for the History of Science in Berlin, where she had also been a postdoctoral fellow.

Milam explores the interplay between scientific and popular understanding, and how one tends to feed the other. Culture informs science just as science informs culture, and her focus is frequently on how science seeps into everyday claims and counterclaims about human behavior.

“A distinctive feature of her work is Erika’s attention to how these sorts of theories inform, and are shaped by, gender norms (ideas about the masculinity, femininity, and so on) and questions of social order more generally,” said Keith Wailoo, the Henry Putnam University Professor of History and Public Affairs and chair of the Department of History at Princeton.

This semester, Milam is teaching the undergraduate course “History of Ecology and Environmentalism,” which explores the historical development of ecology as a professional science, as well as its cultural, political and social contexts.

She also has taught “History of Evolution” and a freshman seminar on “Histories of the Future,” as well a graduate-level seminar on “Gender and Science.”

“In the classroom, Erika is really gifted at taking students deep into these cultures of scientific thought, exploring the social and scientific logic not only of evolutionary biology but also ecology and other sciences,” Wailoo said. “Erika is simply a marvelous colleague, and a stellar contributor to the history department, the history of science program and the University community.”

Katja Guenther, an associate professor in the Program in History of Science, said Milam’s approach is scholarly and engaging. “Erika Milam is a truly innovative scholar, whose expansive analyses of the intersection of science and gender are full of fascinating and often counter-intuitive connections: What links together evolutionary theory, Hollywood movies, scientific research programs, Sputnik and the death of history?” she said. “The excitement her work has generated in the field means that she attracts some of our best and brightest students.”

Emily Kern, who earned her Ph.D. from Princeton and is a postgraduate research associate and lecturer in history, said Milam was an important resource for her dissertation, “Out of Asia: A Global History of the Scientific Search for the Origins of Humankind, 1800-1965.”

“Her work on popularization and the rise of the mass market scientific paperback, which gets covered in ‘Creatures of Cain,’ was super important for me when I was trying to think about how public audiences have this particular narrative of the history of paleoanthropology in their minds,” Kern said. “I was trying to figure out where that came from, and the answer ends up being that paleoanthropologists have been really good at writing pop science books and interacting with journalists, and crafting a particular kind of professional image — with some serious assistance from Indiana Jones.”

Milam’s “History of Evolution” class compelled Samuel Schultz, a junior, to concentrate in history of science. “Her class was not easy; it forced me to think about the sciences in a multidisciplinary way,” Schultz said. “It also helped me realize how much of an effect scientific innovation (especially theories on evolution or utilizing evolutionary rhetoric) has had on history.”

Clare Jeong, a senior, said Milam’s guidance on her junior paper and senior thesis gave her the confidence to explore obscure topics, such as the history of hermits in Great Britain. “Her willingness to give me so much of her time and energy, as she helps me flesh out my ideas, has helped me become a better writer and better researcher,” Jeong said. “She is also a very caring mentor, guiding me through my work, sharing insightful ideas, and lending me some of her wisdom in organization and interview skills.”

For her next project, Milam is considering exploring a history of danger in field research. She also is in the early stages of planning an oral history project about Princeton women in science with Alain St. Pierre, librarian for history, history of science and African studies.

There’s still much ground to cover where fundamental questions about evolution and human behavior are concerned. No matter what scientific theories or tools are available to us, they are questions that are likely to remain unanswered, Milam said.

“I would like to believe it is impossible to reduce what it means to be human to any single thing,” she said.

Guenther: Perspective on history of medicine