Targeted geoengineering to preserve continental ice sheets deserves serious research and investment, argues an international team of researchers in a Comment published March 14 in the journal Nature. Without intervention, by 2100 most large coastal cities will face sea levels that are more than three feet higher than they are currently.

Previous discussions of geoengineering have looked at global projects, like seeding the atmosphere with particles to reflect more sunlight. That’s what makes this focused approach more feasible, says Michael Wolovick, a postdoctoral research associate in Atmospheric and Oceanic Sciences and a co-author on the Comment. (Nature editors commission Comments, short articles by one or more experts that call for action and lay out detailed solutions for current problems.)

“Geoengineering interventions can be targeted at specific negative consequences of climate change, rather than at the entire planet,” Wolovick said. 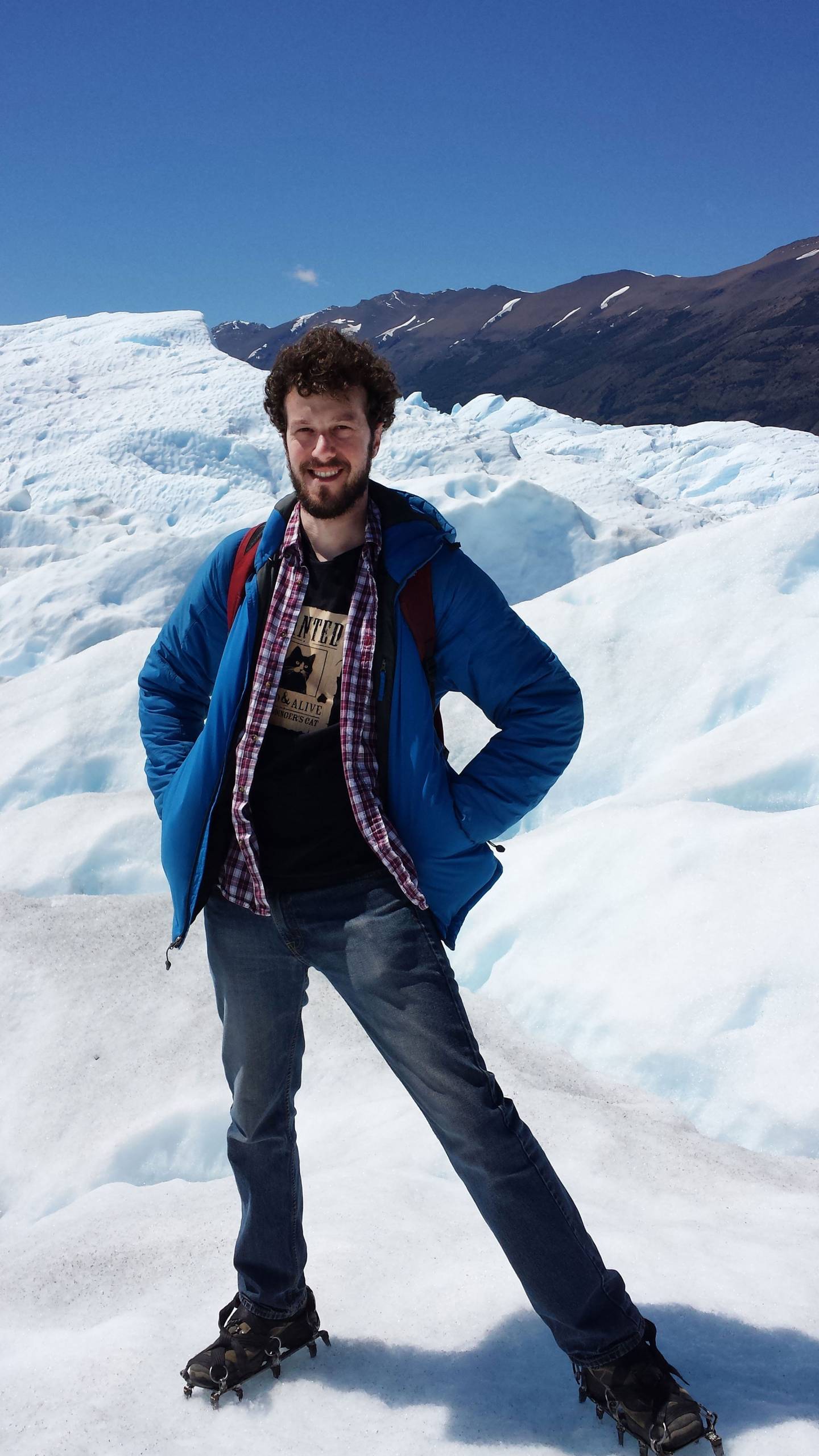 Postdoctoral researcher Michael Wolovick, seen here on vacation in Argentina, argues in a Nature Comment that targeted approaches could prevent glaciers from melting, thereby forestalling some of the most expensive effects of global climate change.

The ice sheets of Greenland and Antarctica will contribute more to sea-level rise this century than any other source, so stalling the fastest flows of ice into the oceans would buy us a few centuries to deal with climate change and protect coasts, say the authors.

“There is going to be some sea-level rise in the 21st century, but most models say that the ice sheets won't begin collapsing in earnest until the 22nd or 23rd centuries,” said Wolovick. “I believe that what happens in the 22nd or 23rd centuries matters. I want our species and our civilization to last as long as possible, and that means that we need to make plans for the long term.”

Wolovick started investigating geoengineering approaches when he realized how disproportionate the scale was between the origin of the problem at the poles and its global impact: “For example, many of the most important outlet glaciers in Greenland are about 5 kilometers (3 miles) wide, and there are bridges that are longer than [that]. The important ice streams in Antarctica are wider, tens of kilometers up to 100 kilometers, but their societal consequences are larger as well, because they could potentially trigger a runaway marine ice sheet collapse. The fast-flowing parts of the ice sheets — the outlet glaciers and ice streams — might be the highest-leverage points in the whole climate system.”

The glaciers could be slowed in three ways: warm ocean waters could be prevented from reaching their bases and accelerating melting; the ice shelves where they start to float could be buttressed by building artificial islands in the sea; and the glacier beds could be dried by draining or freezing the thin film of water they slide on.

The engineering costs and scales of these projects are comparable with today’s large civil engineering projects, but with extra challenges due to the remote and harsh polar environment. Engineers have already constructed artificial islands and drained water beneath a glacier in Norway to feed a hydropower plant. Raising a berm in front of the fastest-flowing glacier in Greenland — constructing an underwater wall 3 miles long and 350 feet high in arctic waters — would be a comparable challenge.

Such a project would easily run into the billions of dollars, but the scientists note that without coastal protection, the global cost of damages could reach $50 trillion a year. In the absence of geoengineering, the sea walls and flood defenses necessary to prevent those damages would cost tens of billions of dollars a year to build and maintain.

Ice sheets that spread from continental shelves to the ocean are highly vulnerable to melting near the grounding line, which is the point at which they lift off of the bedrock and start floating on the ocean (purple). Wolovick proposes building an artificial sill — an underwater wall 3 miles long and 350 feet high — to block warm water (red) from reaching the glacier.

The researchers note that potential risks, especially to local ecosystems, need careful fieldwork and computer modeling, and the glaciers and their outflow channels need to be more precisely mapped and modeled.

Most importantly, this approach would address a symptom, not the cause. “Glacial geoengineering is not a substitute for emissions reductions,” Wolovick said. His approaches could forestall one of the bigger causes of global sea-level rise, but they will not mitigate global warming from greenhouse gases.

The fate of the ice sheets will depend ultimately on how quickly the world brings down fossil fuel emissions.

“Glacial geoengineering will not be able to save the ice sheets in the long run if the climate continues to warm,” Wolovick said. “In the long run, there are two possible routes that glacial geoengineering could take: on the one hand, it could be a stopgap solution meant to preserve the ice sheets until the climate cools enough that they are once again viable on their own; on the other hand, it could be a managed collapse meant to keep the rate of sea-level rise down while slowly letting the ice sheet waste away. If we emit too much carbon into the atmosphere, then the only viable long-term usage of glacial geoengineering would be to orchestrate a managed collapse.”

“Geoengineer polar glaciers to slow sea-level rise” by John Moore, Rupert Gladstone, Thomas Zwinger and Michael Wolovick appeared in Nature on March 14. Wolovick's research was supported by a departmental postdoctoral fellowship that is funded by the National Oceanic and Atmospheric Administration.